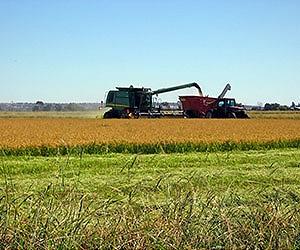 It is nice to see that they are paying attention.  I believe though that the important quick fix remains the implementation of the biochar protocol to both increase soil carbon and general nutrient retention.

It is good to see the attention been also paid to supporting the hydrological cycle.

The combination can restore soil vitality everywhere and through back dry lands to at least historical reaches.  is particularly promising in these terms.

In the meantime, paying attention to natural cycles should be a given and imitated as much as possible while also been careful to take the right lessons from it all.


Improving land management and farming practices in could have an effect onglobal climate change, according to a study published in the International Journal of Water.

Natural Sequence Farming is a descriptor used when sustainable agriculture mimics the once highly efficient functions of the Australian landscape. NSF pioneer Peter Andrews of Denman in New South Wales and coordinator of the NSF movement, Duane Norris of Hardy's Bay, explain how NSF techniques could re-couple environmental carbon and water cycles not only to improve farming yields but to avoid soil erosion and reduce carbon dioxide emissions.

Agricultural practices such as clearing, burning, plowing, draining, and irrigation, have become commonplace across the Australian continent, as they have elsewhere.

Their effect on the organic carbon content of soil has led to a decline in soil quality across farmland on the continent with levels currently a tenth of what they were 200 years ago prior to the major European settling of Australia.

Andrews and Norris point out that this has had implications for atmospheric carbon dioxide levels and will continue to impact on global warming if farming practices are not modified.

"Soils hold twice as much carbon as the atmosphere, and three times as much as vegetation," the team explains, "But carbon in soil exposed by common agricultural practices leads to the oxidation of the carbon and the release of carbon dioxide into the atmosphere."

Estimates suggest that soils that once contained carbon matter 4,000 to 10,000 years old, are now holding carbon that is a mere two years old because poor management of livestock grazing leaves soil de-vegetated and in an oxidizing state.

Plants extract carbon from carbon dioxide in the air by photosynthesis, the team says. This carbon is critical to soil health and plant fertility, but it is lost when a ploughed paddock is left bare with no plant cover. More carbon is released when grassland and trees are cleared.

However, when vegetation is allowed to break down, even if it is weedy cover, the carbon content of the soil is raised and growing conditions improve.

But plants also have another critical function - relevant to both soil fertility and to climate stabilization. This is the atmospheric cooling that takes place through the evaporation of moisture from leaves, as it rises to form rain clouds, and then falls again restoring of the small water cycle to a local area. In this respect, hands-on NSF research in converges with cutting edge scientific research elsewhere.

The team adds that careful water management, planting, and mulch farming all work together in NSF practices so remediating eroded land. NSF techniques have been developed to restore ecosystems by re-coupling the carbon and water cycles and could overcome the calamitous decline in soil carbon content caused by oxidation, soil erosion and loss to the sea because of fast-running water flows and floods.

There are four guidelines for Natural Sequence Farming:

+ First, restoring fertility held by nutrients and organic matter to improve the biological function of soils.

+ The third principle is to re-establish natural vegetation succession through pioneer species to promote the healthy growth of native plant communities. The fourth guideline is to understand the hydrological and biogeochemical processes that drive the natural landscape system, which will allow their management to restore ecological function.

The researchers recognize that Australians cannot turn the clock back 100,000 years to recreate the forested continent of mega fauna and sediment-carrying flood plains that existed before humans arrived.