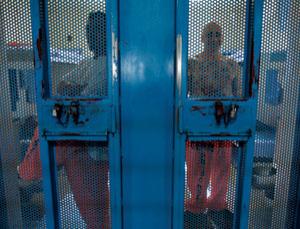 We finally are able to identify pathology related to the symptoms of psychopaths.  We always understood something was wrong and that it was most likely physical rather than‘software ‘problem.  The prevalence of behavior changes among head injuries tended to confirm that.

So now there is a glimmer of hope that practical protocols can be developed to diagnose the condition in childhood (most important) and engage in practical protocols to at least offset the worst effects that could develop when they are most easily accomplished.

Once the condition becomes hardened and converted through the window of maturing sexuality, it is obviously both potentially dangerous and way less likely to be modified.  Rationality of the individual may control the problem in many if not most cases but there will always be a few who simply find succumbing the easier path.

Taking this a little further, the public deviants must represent the third standard deviation of the population of similarly affected deviant personalities, the remainder of which have successfully mastered the issues, but just as certainly suffer from them in a controlled fashion.

This then is perhaps the beginning of a physical path to recognition that then leads to correction and an improvement in mental health for everyone affected.

Psychopaths are typically considered untreatable, DANGEROUS, manipulative and, above all, untreatable, but brain scans could change that. The traditional picture of the psychopath is one that everyone, from psychiatrists to members of a jury, seems to share.

But although this picture encourages a "lock them up and throw away the key" mentality, surprisingly little is really known about how, or if, rehabilitation is possible for psychopaths. Now, brain scans of children with psychopathy-like conditions suggests objective ways to diagnose psychopathy, new targets for therapy - and techniques for settling the question of whether or not psychopaths can be successfully treated and released.

For 15 years, psychiatrists have relied on the Hare psychopathy checklist to diagnose the condition. The revised version - the PCL-R - consists of a formal interview and an analysis of an individual's past behaviour, which is scored for indicators including superficial charm, pathological lying, a grandiose sense of self-worth, and a lack of guilt or empathy. The PCL-R is generally accepted as the best available way to diagnose psychopathy, but such interview-based methods are vulnerable to subjective scoring, and clever individuals can learn how to pass them.

"Psychopaths by their nature are deceitful and cunning, so they can pick up on what authorities want to hear," says Michael Koenigs, a neuroscientist at the of , .

Looking for the signs of psychopathy in brain scans could sidestep such problems, but with every new glimpse into the psychopathic brain, the picture seems to become more confused.

For instance, initial studies of brain activity as psychopaths were presented with photographs of negative emotional scenes showed abnormally high activity in the cerebellum, fusiform gyrus and postcentral gyrus, suggesting these brain regions are involved in the condition. But a repeat run of the experiment in different psychopaths revealed different foci of abnormal activity: the medial temporal lobe, and occipital and parietal cortices (Molecular Psychiatry, DOI: 10.1038/mp.2010.124).

Such results suggest that identifying psychopaths through brain scans is no easy task, says Marcus Raichle at in . He thinks the task is made more difficult because "their brains are likely to show signs of drug or alcohol abuse and violence-related head injuries".

The study of children with psychopathic traits could help. So-called callous unemotional traits are considered symptoms of psychopathy in children, and some, though not all, go on to be diagnosed with psychopathy as adults. The condition is thought to be genetic in around half of them. These youngsters may already have embarked on a similar lifestyle to adult psychopaths, but their brains have had less time to pick up the signatures associated with this damage, so pinpointing the brain behaviour relating directly to the condition may be easier.

Two recent studies point the way. Graeme Fairchild and his colleagues at in the studied MRI brain scans of 65 adolescent boys diagnosed with conduct disorder - a category of personality disorder that includes callous unemotional traits. They compared these with 27 scans of healthy adolescents of the same age and IQ and found that regions of the brain involved in emotion and empathy were smaller than average in the boys with conduct disorder.

However, a different picture emerged when Fairchild's team focused on the adolescents with conduct disorder who also showed callous unemotional traits. Brain areas involved in reward processing, including the striatum and caudate nucleus, were larger than normal, whereas they were smaller than normal in those with conduct disorder only (American Journal of Psychiatry,DOI: 10.1176/appi.ajp.2010.10081184). The finding might explain why callous unemotional adolescents seek instant gratification, says Fairchild.

Raichle and his colleagues are also studying the adolescent brain, and in particular the structure of white matter - the tracts that make up the brain's connections. They scanned the brains of 107 incarcerated teens and found that, for those who showed impulsive behaviour, rising levels of activity in the motor cortex - a region responsible for planning voluntary actions - were matched by rises in brain regions responsible for introspection. In contrast, there was a fall in introspection in non-impulsive teens when they planned actions, but a rise in the activity of regions involved in attention and control.

This suggests that impulsivity - a key marker of psychopathy-like traits in adolescents - is linked to abnormal connections between these regions of the brain, says Raichle, who presented the findings at the Latin American School for Education Cognitive and Neural Sciences in San Pedro , last month.

The two studies provide the best evidence yet that there are structural abnormalities in the brains of children with callous unemotional traits, says Koenigs. They also offer researchers new targets for attempts to reverse the condition - and perhaps also for reversing the symptoms of psychopathy. For instance, the link between psychopathic-like traits and enlarged reward-processing areas suggests "we may need to focus therapies on rewards rather than punishments", Fairchild says. Raichle, meanwhile, thinks his work suggests that psychopaths could be helped through training to better control their actions.

More importantly, the studies suggest there may be better ways to judge the success of any therapy. Questionnaire-based methods rely on psychopaths giving honest answers. A brain-scan approach gets around this obstacle and means the notion that psychopaths are untreatable can now be put to the test.

Kent Kiehl at the of in is using a mobile MRI scanner to study the brains of psychopathic inmates in prisons across as they undergo a standard rehabilitation programme. "I believe we will see reorganisation of tissues, and that reorganisation might be able to predict who is likely to reoffend," he says. "Theoretically, I think it's possible that we can figure out whether treatment has been successful or not."

The ability to be moral

"Language and general intelligence are intact in psychopaths, so they can recite social norms and legal rules," says Michael Koenigsof the of , .

But are they able to make moral decisions?

To find out, Koenigs and his colleagues have used hypothetical situations. "For example, you're in a shipwreck and end up in a lifeboat that's overcapacity," says Koenigs. "You would need to throw a number of people overboard to save the rest. Could you do it?" Most people find it very difficult to answer this question, but psychopaths appear to make simple mathematical calculations. This suggests these individuals can't tell the difference between what is morally right and wrong.

However, Maaike Cima's team at in the has seen different results. When they compared psychopaths' and healthy individuals' responses to moral dilemmas, they found that both made similar judgements (Social Cognitive and Affective Neuroscience, DOI: 10.1093/scan/nsp051).

The debate could raise issues of culpability in the courts. "If psychopaths are lacking that moral response, you could argue that their ability to control their behaviour is compromised," says Koenigs. "It could affect whether the sentence is punitive or a mental health issue."

Kent Kiehl, also at the University of New Mexico, thinks evidence of moral reasoning abilities could offer hope for treating psychopaths. "They have the capacity to make reasonable decisions," Kiehl says. "It's now a case of getting them to do that in the real world."