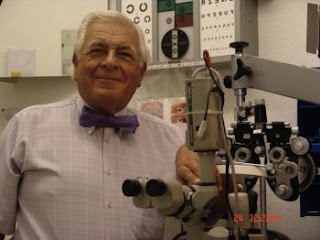 I have absolutely no sense of humor left when it comes to large companies and their money making schemes.  It is a case of expecting the worst and then investigating the reality in light of that.  Normally the planets align and a perfect product emerges and a perfect market niche is developed.  Otherwise we are gaming the imperfect and making it pay.

That aspartame should ever be partnered with vitamin C is outrageous.  I personally buy vitamin C in the form of calcium ascorbic in order to provide a naturally buffered form.  I buy a kilo at a time and I consume several grams at a time in a glass of water with an additional heaping teaspoon of orange flavored Metamucil mixed first with the vitamin C powder.  It actually tastes better than either do individually and mixes easily.

I consume as much as the good doctor.

What is stunning are the claims been made here that the vitamin positively affects over one hundred conditions, including a number of cancers.  Vitamin C is already indicated for everyone because of simple mammalian biology (we are missing the gene).  This strongly indicates that we all should be consuming ten to twenty grams daily depending on body weight.  The body will have no difficulty though in disposing of any surplus.

I added the article by Gifford Jones from three years ago.  It explains how an eye photo is able to determine the level of disease.

A new, unproven anticancer drug can be very expensive.

If the NHS objects to a physician using this drug, U.K. newspapers that print what pharma asks them to print will go to bat for the physician against the NHS and the U.K. government, launching half-page photos of a sorrowful mom surrounded by a grieving family she is doomed to leave is she doesn’t get the new wonder drug.

People who never walk the dog will jog to raise money for the cause.

Is it possible that nutrients that are naturally present in the bloodstream and essential for life could make one feel sick when taken as supplements?

Trapped overnight in an airport without my vitamins, I had no option but to buy the only vitamin C tablets available. Without my 20 grams a day, I get boils and colds and my chest wheezes. Ten grams won’t do.

So I bought 500-milligram (one-half gram) tablets of vitamin C. After taking five, I was sick. My friend told me the same thing happened to him when he bought glucosamine to treat his arthritis. That set me thinking.

Who makes the supplement tablets? Pharma! With such vast profits from drugs for our ailments, doespharmacy want prevention?

I noticed that aspartame was in the vitamin C tablets I bought at the airport. I wondered: If I were a doctor working for that company, knowing that vitamin C cures, prevents, or delays 100 diseases on which my profits depended, how would I protect my company’s profits and my multimillionaire lifestyle?

I’d think it essential for good public relations to offer pleasant vitamin C tablets. But not TOO pleasant! So I would combine extra bitter bioflavonoids in the tablet along with a considerable amount of aspartame needed to render the tablet acceptably sweet.

The aspartame would do its work. Nobody would take more than the advised number of tablets on the label. My profits would be secure.

How much aspartame is legal? There’s no actual limit—only the recommendation that you don’t drink more than so many cans of soda per day. Would it stop a manufacturer putting half of that amount into a tablet? I’ve never seen a weight listed on a label.

The 1977 CardioRetinometry article written for the  Daily Mail about vitamin C’s ability to reverseheart disease was replaced by Bayer’s full-page advertisement. Bayer aspirin have also been on front-page headlines twice.

The arthritis drug market is worth billions of dollars. Now what would I put in glucosamine tablets to discourage people from using them?

Dr. Bush practices optometry in the His website is LifeExtensionOptometry.org

Your Heart Is Slowly Dying From Chronic Scurvy

Why is research that could save countless lives unknown to Canadian and doctors?

This week, a report that Dr. Sydney Bush, an optometrist in , has made an historic discovery. He claims that atherosclerosis (hardening of arteries) can be reversed. And his research, which could save millions from heart attack, should have made headlines around the world.

It’s been said that the eye is the window to the heart. It’s the only part of the body through which doctors can see arteries and veins during an eye examination. This allows doctors to see changes in retinal vessels, the result of aging,hypertension, diabetes and atherosclerosis. And it’s been believed for years that blockages in arteries due to cholesterol deposits could not be reversed.

Dr. Bush decided to do more than look into the eye. In 1998 he started to use a technique called “CardioRetinometry” at his eye clinic in . This instrument takes pictures of the retina, the back part of the eye, that transmits images to the brain. These photos have enabled Dr. Bush to observe change in retinal vessels over a course of several years.

CardioRetinometry photos could also pinpoint collections of cholesterol deposits in retinal vessels. Bush states that he could see a fine, white line, similar to a silver wire, running down almost every artery of adults who had high cholesterol.

But a chance encounter occurred that would reshape his thinking about coronary heart disease. While taking photos of the retina Dr. Bush was also prescribing 3,000 to 10,000 milligrams of vitamin C to treat certain eye problems.

To his surprise he discovered that this amount of vitamin C resulted in changes in retinal arteries. Cholesterol deposits decreased in size, arteries became larger and there was increased blood flow to the retina. Proof this was happening was staring him in the face.

What does all this mean? Few people realize that animals manufacture vitamin C, but humans do not. For instance, goats produce 13,000 milligrams of vitamin C daily.

Humans lost this ability during the course of evolution. This is why cats never died of scurvy during voyages to the while sailors succumbed to this disease.

Dr. Linus Pauling, two-time Nobel Prize winner, whom I have interviewed, extolled the virtues of vitamin C. He claimed that although humans no longer die from scurvy, they are nevertheless suffering from inadequate amounts of vitamin C.

So why is vitamin C so important in preventing retinal disease and heart attack? Brick walls are held together by strong mortar and we all know what happens if mortar starts to crumble. Cells, on the other hand, are glued together by collagen and vitamin C is necessary to manufacture and maintain its strength.

Pauling believed that the heart dies from a silent form of scurvy. In effect, inadequate levels of vitamin C weaken collagen, which is not good news for coronary arteries as they face the greatest pressure when the heart beats. The end result is injured arteries and heart attack.

Linus Pauling’s theory about coronary attack and now the findings of Dr. Bush compliment each other. Namely, a lack of vitamin C triggers heart attack and an excess of C guards against it.

The great irony is that British physicians, rather than looking at Dr Bush’s research with an open mind, have criticized his work. It may be the old story that new, revolutionary ideas, contrary to current medical thinking, often collect dust.

I’ve not yet had time to visit Bush’s clinic in . But he has sent me retinal pictures taken before vitamin C was prescribed and those taken following its use. The results are there for everyone to see.

Each year millions of North Americans die from coronary attack. Surely it’s time for heart specialists and ophthalmologists to take a look at Dr. Bush’s research. They may decide that our heart is not healthy until the eyes say so.