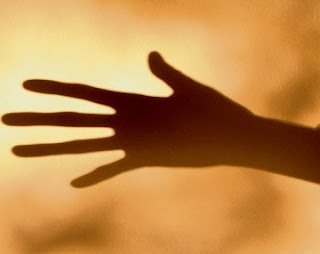 This helps elucidate the DBE somewhat.  My interpretation on the physical component is that the mind often reaches an understanding that death is now at hand.  At that point it is often able to redirect remaining energies to the brain and head to make final contact with those in attendance.

The reports of light and of those who have gone before is common to most reports and now may also be fed by expectation.  Sometimes we get out of body reports and I even seen a possible confirmation report in which something was reported not otherwise possible.

Perhaps we need to set up hidden artifacts to be reported on if ever possible.  Certainly the interest is there and they could be even manufactured items able to be broadly sold and distributed.

Going into the light

A new study of deathbed experiences has found a surprising number of similarities, writes FIONOLA MEREDITH

GIVEN THAT many of us shy away from talking about death and dying, it is not surprising that we know so little about what happens in the last hours of a person’s life. But an unusual new study, funded by the Irish Hospice Foundation, aims to break through the taboo of the deathbed.

The study – Capturing the invisible: exploring Deathbed Experiences in Irish Palliative Care, by researchers Una MacConville and Regina McQuillan – examines the strange visions that often accompany the dying process, asking members of the Irish Association of Palliative Care to report their experiences. The results are startling.

In one frequently reported scenario, the dying person spoke of seeing deceased relatives or religious figures, or of experiencing a radiant white light in the room. Perhaps because they defy explanation, these deathbed phenomena are rarely discussed by healthcare professionals, despite being a familiar occurrence.

Yet rather than avoiding the topic, MacConville says education about such experiences could raise awareness of the phenomena and help palliative care professionals to normalise them for patients and families as a common and even comforting part of dying.

After all, as MacConville points out, there is nothing new in these visions: accounts of deathbed experiences (DBE) are common throughout history and across cultures.

William Shakespeare makes reference to them, and the earliest medical encyclopaedias recognise such phenomena as indications that death is close. In most cases, they have a positive effect, bringing peace, comfort, calmness and joy to the patient.

One nurse who responded to the study said, “I have often heard patients refer to seeing someone in their room or at the end of their bed, often relatives, and also it is not a distressing event for them. Family are usually shocked by hearing it and want to know the significance of it.”

Another odd but quite frequently reported occurrence – 31 per cent of respondents mentioned it in this study – is when a dying person unexpectedly emerges from a coma, suddenly becoming sufficiently alert to communicate with family and friends.

A respondent reported that, “In one incident the patient, who had been in a coma, opened his eyes and smiled at his three daughters and wife. Profound calmness and peace filled the room. It was special to be part of that experience. In another incident the patient said he saw a light, a bright light; he died shortly afterwards.”

Less dramatically, the dying person may also experience vivid dreams that have particular significance for them, sometimes helping them resolve unfinished business in their lives. Others report a sudden and unexplained smell of roses, or claim to see angels appearing in their room.

However you explain them, most of these experiences sound benign, even reassuring. But MacConville says that deathbed phenomena sometimes can be frightening encounters for the dying person and their relatives: “Family members may become distressed because they realise that death is imminent, and the dying person may be disturbed by the visions because they don’t understand them.”

One respondent told MacConville and McQuillan that relatives often become “upset and emotional if patient talks to them as they realise time is very short”.

Neither is a deathbed experience any kind of guarantor of a peaceful death. In the study, only 24 per cent of respondents agreed or strongly agreed that patients experiencing DBE have a peaceful death as a result. Some 59 per cent were neutral and 17 per cent disagreed.

MacConville says deathbed experiences are rarely talked about precisely because it’s not clear what these visions are. One common sense explanation may be that the visions are drug- or fever-induced hallucinations. But 68 per cent of respondents agreed, or strongly agreed, that DBE have different qualities from such hallucinations.

MacConville says there appears to be a difference in the quality of the visions: they appear with greater clarity, and they are experienced as meaningful, with significant associations, rather than random, as they would be in drug-induced cases.

An earlier study also indicated that patients experiencing deathbed phenomena are usually calm and composed. In contrast, drug- or fever-induced hallucinations can be disturbing and frightening, with other symptoms of drug-induced toxicity and high temperature present as well.

Reflecting on the deathbed phenomena, one anonymous palliative care nurse admitted that such visions “do not often have a rational explanation”. Nonetheless, “I don’t believe people’s experiences can be discounted or disputed. It is individual, intense and real for many patients and families.”

Being able to put a name to these experiences, and to talk about them openly, is one important step towards overcoming the fear and confusion that surrounds the last hours before death.

Una MacConville is interested in hearing from healthcare professionals and members of the public about such experiences as this research is continuing. E-mail her at U.macconville@bath.ac.uk or call 086-8175530.