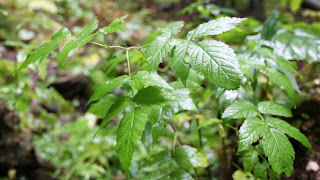 Hydrogen technology has been promoted for decades but always ran head on into the intractable problem of producing hydrogen itself from any source in a way that was cheap, let alone ever cheaply splitting water.

Suddenly, though we had strong indications about all this last year, we have a cheaply produced artificial leaf that absorbs solar energy to split water and preferentially produce hydrogen.  This is good enough.  Engineering solutions can now follow.

Hydrogen storage now becomes the next bottleneck.  A property happily producing hydrogen that can be used for heating needs storage.  Converting it into electrical power through a fuel cell seems wasteful and an inconvenient step best avoided.  Yet, for large installations it is an option.

I see this easily integrated with solar cell technology were the usable solar portion differs from the usable hydrogen portion.  All sorts of clever adaptations suggest themselves.

Leaves – the kind that grow on trees – create energy from sunlight and water through the process of photosynthesis. For over a decade, scientists have been kicking around the idea of creating an "artificial leaf." Such a device would use sunlight to split water into hydrogen and oxygen, which could then be stored in a fuel cell and used to create electricity. A functioning artificial leaf has been created before, but was impractical due to the fact that it was made from expensive materials, and was highly unstable. Now, however, scientists are reporting that they have created a cost-effective, stable artificial leaf.

"A practical artificial leaf has been one of the Holy Grails of science for decades," said MIT's Dr. Daniel Nocera, who led the research team. "We believe we have done it. The artificial leaf shows particular promise as an inexpensive source of electricity for homes of the poor in developing countries. Our goal is to make each home its own power station."

Nocera's leaf is about the size of a poker card (but thinner), and is made of silicon, electronics, and nickel and cobalt catalysts – all materials that are relatively inexpensive and widely-available. Placed in a gallon of water in bright sunlight, it is said to be able to produce enough electricity to supply a house in a developing country for a day. It would be connected to a fuel cell located either on top of or beside the house.

When tested under laboratory conditions, it was able to operate continuously for at least 45 hours without a drop in activity. Newly discovered nickel and cobalt catalysts are the key to the leaf's practicality, allowing it to reportedly operate at ten times the efficiency of a natural leaf. Nocera believes that the efficiency can be boosted much higher in future versions and has founded a company called Sun Catalytix to pursue development of the technology.

John Turner of the U.S. National Renewable Energy Laboratory created a functioning artificial leaf over ten years ago, but it incorporated costly metals, and barely lasted one day. More recently, Chinese scientists have presented a design for an artificial leaf that incorporated titanium dioxide and platinum, and Dutch researchers created a light-capturing system based on the chlorophyll of the alga Spirulina.

The MIT research was presented today at the 241st National Meeting of the American Chemical Society in .

Nocera discusses the technology in the following video: