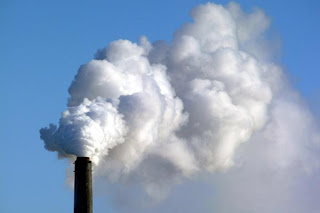 This is a mostly unexpected development and simply may not stand up in the short term.   I assume that a lot of the culpable industries have simply gone elsewhere.

However, it also underlines the steady drift away from hydro carbon fuels that is taking place and can now be expected to accelerate hugely with the pending advent of electric cars and an efficient grid combined with the Rossi Focardi Reactor to take over heat engines generally.

I have never been terribly concerned about CO2 emissions except to understand that we were busily conducting an unsupervised experiment that could easily bite us.

In the long term, and that is shaping up to mean within the next twenty years, CO2 emissions will generally collapse.  We may reach the point were we decide to deliberately burn hydrocarbons to sustain carbon levels, though that is likely thousands of years out.

Environment: Two years ago, greenhouse gas emissions in the fell to their lowest levels since 1995. The list of reasons carbon dioxide emissions should not be regulated continues to grow.

The Environmental Protection Agency's data show that emissions of what are considered the six main greenhouses gases fell 6.1% in 2009 from their 2008 levels.

Yes, levels increased by 7.3% from 1990 to 2009. But the average annual rate of increase since 1990 has been a mere 0.4%, a data point that doesn't seem worthy of the high-intensity hysteria that's been spread by the alarmists.

In the same year greenhouse emissions fell, the EPA, which should be an acronym for Eternally Panicked and Alarmed, determined "that climate change caused by emissions of greenhouse gases threatens the public's health and the environment." Regarding politics to be more important than science, it has taken it upon itself to regulate carbon dioxide as a "pollutant."

"Climate change is happening now," the EPA has claimed, "and humans are contributing to it."

This is the same EPA, it was revealed in congressional testimony last week, that ignores the negative impact its regulations have on jobs, even though an executive order requires EPA rule makers to protect job creation. And it's the same EPA that plans to regulate CO2 without congressional approval.

If the agency is so keen on regulating carbon dioxide, maybe it should turn its attention to , which has surpassed the in CO2 emissions. While greenhouse gas emissions increased 7.3% from 1990 to 2009, 's carbon dioxide emissions have soared roughly 175% since 1999. If CO2 emissions must be cut, then is where the cutting has to start.

If not, it doesn't matter what the does. For every part per million of carbon dioxide that Americans cut, China, and its ever-burgeoning population and growing economy, will be pumping out even more.

Fortunately, there's no reason for any nation to cut its carbon dioxide emissions. CO2 is not a pollutant in the usual sense. It is, in the words of John R. Christy, a professor of atmospheric sciences at the , "a plant food."

"The green world we see around us would disappear if not for atmospheric CO2," Christy says.

"These plants largely evolved at a time when the atmospheric CO2 concentration was many times what it is today," he adds. "Indeed, numerous studies indicate the present biosphere is being invigorated by the human-induced rise of CO2."

It is because of its presence in everything from breathing to driving to manufacturing to reading at home under the lights that CO2 makes a strong leverage point for those who want bureaucratic control over the rest of us, says Richard S. Lindzen, a professor of atmospheric science at the Massachusetts Institute of Technology.

And if CO2 continues to fall, or remains nearly flat, what will the alarmists do? Will environmentalists find a new bogeyman? They will. But they better hurry. The time they have left to demonize CO2 is running short.