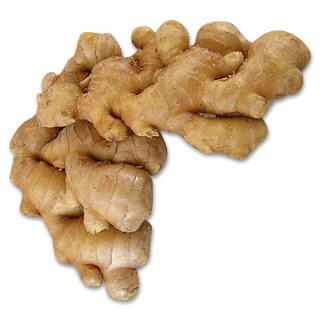 I have posted before on the benefits of ginger and this item gives a better explanation on how to produce the tea itself.  I like to have a cup every day of a herbal brew of which ginger is the mainstay.

The benefits are described here and appear to be worthy.  The impact on prostate issues indicates that using the tea daily is an excellent protective measure.  Most likely plenty of other issues are also tackled by this beverage that is simply not understood or even indicated as yet.

Of value is the fact that one can brew up the whole root at one go to produce a ginger concentrate that is easily stored in the fridge.

Ginger is an amazing wide spectrum tonic and remedy

See all articles by this author


(NaturalNews) Ginger root is more than a zesty culinary spice. It's both a general tonic and specific medicinal herb. Ginger is actually the rhizome or horizontal "creeping root" of the Zingiber officinale plant, which belongs to the same family as turmeric and cardamom. Chinese and Ayurvedic medicine has used ginger for centuries. Now mainstream medicine uses various ginger extracts for major health problems.


Ginger has been used effectively for gastrointestinal problems as major as colitis and as minor as motion sickness. It stimulates good digestion. It helps alleviate congestion and minimizes mucous, even helping asthmatics. Various ginger extracts have been shown to improve cardiovascular health and circulation.


Ginger kills off 5-LO enzymes, without which prostate cancer cells die within hours. A component of ginger has demonstrated the ability to slow or stop several types of cancer mestastasis (spreading cancer cells).


Some oncologists use ginger extracts as adjuncts to their toxic therapies, enabling them to shorten the length of their patients' suffering from chemo or radiation.


It is also an excellent natural anti-inflammatory. More naturopaths and even MDs are picking up on the fact that daily ginger consumption helps sooth daily arthritis pain as well other chronic aches and pains. Even brain inflammation is sometimes handled or alleviated with ginger.


One mainstream medical report asserted that ginger was no better than ibuprofen for arthritic inflammation relief. But ibuprofen is an NSAID (non-steroidal anti-inflammatory drug) with many harmful long term side effects, affecting kidneys, liver, and intestines while damaging the immune system.


With all the concern regarding increased nuclear fallout and radiation from , it's good to know that ginger offers considerable radiation protection. But it needs to be consumed on a daily basis. How to use ginger is in the next section of this article.


It makes sense to use a natural, less expensive anti-inflammatory that is also an immune system enhancing tonic on a daily basis for chronic aches and pains.


How to Use Ginger


Since ginger extracts have so many powerful mainstream medical applications as implied above, your daily or frequent use of ginger roots will certainly provide considerable health benefits as well.


Powdered ginger capsules are handy to have on hand. But either juicing or brewing as a tea from fresh ginger roots are the best ways to use ginger. Make sure the ginger roots you purchase are crisp with smooth outer skins. Avoid the moist, wrinkled roots.

A traditional method is to first skin the roots, then cut several long thin slices that can be placed into a pot of pure water. The more ginger slices the better. Too strong is easily thinned down with added water. Too weak is almost useless as a tonic or remedy.

After bringing the pot to a boil, bring the heat down and let it simmer for around a half-hour. The pot with water and ginger can remain intact overnight for additional steeping. Go ahead and have a cup, but pour the rest into a glass container to refrigerate.

If the tea is strong enough, you can treat it like a concentrate. Pour some into a cup and add hot water each time you have some. If the taste is slightly offensive, add some raw honey.

If you have a slow speed masticating juicer, you can juice a small (two inch long), freshly peeled piece of thick root as part of whatever juice you like to drink. If you make water kefir, you can add a tablespoon or two of this thick heavy ginger liquid into the fermentation process for every pint of water kefir you brew.

Learn more:http://www.naturalnews.com/033562_ginger_health_remedy.html#ixzz1XqwDryAY
Posted by arclein at 12:01 AM

FDA could ban Ginger soon since it is a "supplement" and they don't have control over excessive and expensive testing (with animal testing also) therefore, FDA could make it disappear.

FDA is out of control and working to STOP availability of supplements so many of us use.

We really need to pay attention to yet another government department that is way out of control.