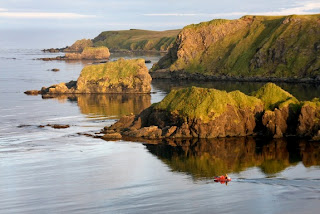 This is a review of a book titled Rat Island by William Stolzenburg that I have just read and consider it a must read.  We are presently fighting to salvage as much of our remaining biodiversity as possible and we forget that much of the damage if not most of the damage is not directly caused by humanity at all.

It is all about rats and cats and some cameos by weasels, goats and pigs. In particular, rats overwhelm densely populated rookeries and the like.  The killing is grossly indiscriminant and hugely wasteful.

The take home it that invasive creatures need to be removed wherever possible from every island refugia available and where possible the original ecosystem needs to be restored.  Conservationists following that program have so far intervened on over 800 islands to date.

In time we will be able to use DNA cloning to restore the extinct also to these restored islands.

Restoring the larger land masses may simply be out of reach but perhaps not.  A simple fencing system may work to separate blocks of prime habitat for restoration activity.

I would like to see fenced off pieces of buffalo country set aside in order to fully restore the original buffalo commons with the extraordinary grasses that went with it.  Ten mile square fenced refugia is simple to organize and if distributed properly will open future options for local growers.

The difficult issue is the classic problem of good husbandry demanding that the human intervener accepts the power of life and death over the animal populations.  That baldly means the outright extermination of invasives such as rats and cats.   It is not even good enough to accept the vegetarian argument that we can simply eat plant foods and accept that the animal kingdom will get on with its own without us.  In fact it is dangerous nonsense.

It is the nature of a rat to eat itself out of all food supplies, including ours and to then go into a serious population collapse.  The rat is quite capable of driving a passive human population into extinction through its mindless but utterly effective feeding strategies.  It certainly has driven thousands of island species into such extinction already.

ended with a destroyed ecology, a reduced rat population always on the verge of starvation with no plausible recovery.

The harsh truth continues to be that we must act to contain populations of particular competitors that diminish our efforts.  Farmers have always known this and are quick to kill pest animals that will become serious problems if allowed.

No one should want to do this, but nature certainly leaves no choice.  Yet we should also look for better protocols.  Allowing beavers to fill a valley bottom with flooded meadows is good.  Not trapping out the annual surplus is stupid and bad husbandry.  Making the best use of the carcass and fur is also good practice.  All this immediately applies to the additional fur animals that come along with the beaver.

Again we have to relearn the art of harvesting an animals life for the success of the whole and learn to be at peace with it as the Indians taught.

: Can Lost Ecosystems Be Restored?

The rugged shoreline of

In the late 1700s, a Japanese ship ran aground on a desolate scrap of land in the chain on what is now . Among the cargo spilled out of the ship that day were common ship stowaways: rats.

From there, the story echoes that of countless islands

where the introduction of rats, cats, weasels and other predators upends the ecosystem. The island's nesting seabirds had no defenses against the predatory rats, which ate their eggs and their young. The island's bird population was soon devastated and the 10-mile (16 kilometer) square slip of land became known as "."

In a new book, " : Predators in Paradise and the World's Greatest Wildlife Rescue," (Bloomsbury , 2011), journalist William Stolzenburg tells the story of what happened when conservationists decided to take the island back. In 2008, conservation groups The Nature Conservancy and Island Conservation joined with the Fish and Wildlife Service (FWS) to bait the island with enough rat poison to wipe out the whole population of invasive rodents.

In August 2010, biologists declared rat-free. But the scheme didn’t come without costs, including the deaths of 320 glaucous-winged gulls and 46 bald eagles that had directly or indirectly ingested the poison. Nonetheless, FWS authorities have said the eradication effort will allow tens of thousands more birds to thrive.

LiveScience spoke with Stolzenburg about the controversy around reclaiming islands and the importance of protecting these isolated ecosystems.

LiveScience: What drove you to write about ?

It was also an incredible story of controversy. I'm talking about the invaders that need to be killed, including rats, cats, weasels, foxes. It's a sad fact that we're having to kill them. That's the one downside, the controversial side.

LiveScience: Why are these types of island reclamation projects often controversial?

There is another side to this issue: people who believe that we should not kill the rats, we should let them be, that they've made it there, that we should just let nature take its course. There's another argument that admits the rats are making a dent in the seabird population, but we should find a humane way to get rid of them, we should sterilize them or remove them all by live trap.

Most of these ideas are pretty untenable, and it leaves the conservationists in a bit of a quandary. They don't have the time to wait for new [humane] technology. There are those that, although they are vocal about doing better for the rats, they haven't really come up with a more practical, workable solution.

LiveScience: Do these conservation efforts put other animals in danger besides the ones being removed?

There are native rodents on some of the islands that are now being defended. There's a chapter in the book about an island called Anacapa off the coast of .

This island has a native mouse called the Anacapa deer mouse, a cute little thing. When they went to eradicate the black rats that had been introduced there, they had to deal with this native rodent and some other birds that were going to be collateral victims.

They actually took hundreds of these mice and kept them in captivity while they did the killing, and then they released them back. As I understand it, that project has been a success.

LiveScience: Did you travel to Rat or the other endangered islands in your book?

I was very fortunate and I got to visit . is the archetype of endangered islands, because this is the last great island landmass to be settled. It was a kingdom of birds, many of them flightless, half of them extinct since people and mainland predators arrived. [Editor's note: The only land mammals native to are bats.]

I got to visit there and see what an island with no native mammals is like and see what happens when an island of these innocent walking birds is invaded by mammals. It's a sorry tale.

I was also very fortunate to get out and visit and a neighboring island, Kiska. Kiska was not invaded by rats until World War II. It took a few years for these rats to make their way over this very harsh tundra, but they did, and they made it to this incredible seabird colony. There are so many birds in this colony that even the scientists have thrown up their hands. They can't estimate them. Some say there's a million, some have said it's at least 10 million. It's just one of wildlife's most amazing spectacles.

Well, this spectacle in the past 20 years was finally invaded by those World War II rats.

Scientists have been studying it ever since, and they've seen years in which the rats were slaughtering these helpless seabirds. Worries for the future of this world-class colony is what spurred the efforts to eliminate rats on . Kiska was too large and complex to start with, but was a good practice ground.

LiveScience: What is it important to understand what's happened on these lost islands?

For one thing, it's a pretty good adventure yarn. This is a different sort of conservation campaign. It's combining your egghead academics along with professional hunters and even some semi-retired poachers.

But as for why we should care, is a good metaphor for what's going on in the larger world. If you've ever been to an island that's mad with seabirds, you know the cacophony, the spectacle of life. You go to , and you feel the silence and the sterility. That's a good metaphor for what's happening on mainlands around the world during this sixth mass extinction that we humans are helping along.

There's probably a million and one practical reasons why we shouldn’t be squandering biodiversity so blithely. I think there's also a case to be made for the sheer wonder of it all. These species are works of art every bit as valuable as the best van Gogh or piece of music by Mozart. If we don't do something now, 20, 30, 40 years down the road we don't have the luxury to say, "Oops, we goofed." Extinction is forever, and we need to remember that.