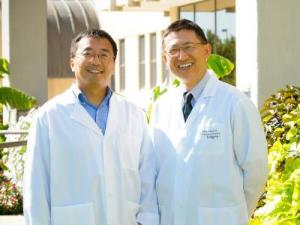 Of some interest the number of lung cancer victims annually is around 220,000 per year, all individuals usually in their last decade of income production.  In fact it has been shown that the typical smoking cancer victim loses a decade of productive life.  That means that approximately 2.2 million man years are lost every year.  If we presume that the taxes paid by these victims is at the upper range we are plausibly able to assign a serious value to this man year of say $25,000 in uncollected taxes.

This is a back of the envelope calculation aimed at an order of magnitude only but this gives us a number of at least fifty billion per year in uncollected taxes.  There is also the added direct expense of medical costs of say $100,000 per patient for another twenty billion or so.

Yet the total state taxes collected is around twenty five billion.

What I have just spelled out is that cigarette smoking is revenue negative to the economy and is actually an economic drag.  One just has to flesh out this thumbnail sketch somewhat and I am sure we can make the case much worse.

Yet as far as I have seen no one has ever connected the dots.  Chopping a decade of a persons life costs the government hugely today and that money is never made up by taxes on the behavior.

ScienceDaily (Sep. 16, 2011) — When lung cancer strikes, it often spreads silently into more advanced stages before being detected. In a new article published in Nature Nanotechnology, biological engineers and medical scientists at the reveal how their discovery could provide a much earlier warning signal.

"Early detection can save lives, but there is currently no proven screening test available for lung cancer," said Michael Wang, MD, PhD, assistant professor of pathology and anatomical sciences at MU and a corresponding author for the article. "We've developed highly sensitive technology that can detect a specific molecule type in the bloodstream when lung cancer is present."

MU researchers used blood plasma samples to detect a change in a specific small ribonucleic acid (microRNA) molecule that is often elevated in lung cancer patients. The scientists put an extract of blood plasma through a protein-based nanopore, which is a tiny hole in a thin membrane that is just big enough for a single molecule to pass through. By applying an ionic current to the nanopore, the scientists measured changes in the current that occur when the microRNA molecule associated with lung cancer is present.

"That altered current acts as a signal or bio-signature that is related to lung cancer," said Li-Qun Gu, PhD, an associate professor of biological engineering at MU and a corresponding author for the article. "Our new nanopore sensor is selective and sensitive enough to detect microRNAs at the single molecular level in plasma samples from lung cancer patients.

"While there are many research labs that focus on nanopore applications, this is the first time that nanopore technology has been used to detect lung cancer," Gu added. "This technology could possibly be used in the future to detect other cancer types as well as other types of diseases with specific DNA or RNA in the blood."

MU research published in the article was partially supported by grants from the National Science Foundation, National Institutes of Health and . The authors are associated with MU's College of Engineering, School of Medicine, Ellis Fischel Cancer Center and Dalton Cardiovascular Research Cente