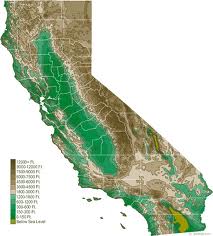 This is very good news coming out of .  It will take time to properly set this up and establish it but having it completed inside the next two years is not unreasonable at all.  I suspect that enough folks are looking at the arguments and the known case histories to see the virtue of this step.  It can still be still born or badly enacted, but the examples make that fairly unlikely.

I consider this as the one single step available to that will allow the state to restore its economy to health and the state finances to robust good health.  I would argue the same for other large jurisdictions badly hit by the recession in the and also for the Provinces of Ontario and in .

The economic arguments are well spelled out below.  There is another powerful political argument.  Managing the piggy bank in a prudent manner becomes second nature to the political class and the voters themselves.   Just now anxious are voters to bet the farm when they see a direct connect to their own banking arrangements?

, when they did this in the thirties, actually chose to name the bank the treasury Branch.  It is pretty hard to lose a sense of shared responsibility with that name.

Prudently managed state banking outside the control of either or would also act as a huge restraint on federal practice and commercial banking itself.  It certainly would have made the last go around rather difficult to engineer, though I have learned to never underestimate the perfidy of human greed.

AB 750, 's bill to study the feasibility of establishing a state-owned bank that would receive deposits of state funds, has passed both houses of the legislature and is now on the desk of Governor Jerry Brown awaiting his signature.

It could be the governor's chance to restore the state to its former glory. As noted in Time magazine:
[I]n the 1950s and '60s, was a liberal showcase. Governors Earl Warren and Pat Brown responded to the population growth of the postwar boom with a massive program of public infrastructure -- the nation's finest public college system, the freeway system and the state aqueduct that carries water from the well-watered north to the parched south.

But that was before Proposition 13, a constitutional amendment enacted by voter initiative in 1978. Prop 13 limited real property taxes to 1 percent of the full cash value of the property and required a two-thirds majority in both legislative houses for future increases of any state tax rates.

Prop 13 radically reduced the tax base, but it is probably too late to raise property taxes now. The tax savings simply drove property prices up, getting capitalized into additional debt service to the banks. Today, a rise in property taxes would lead to even more foreclosures and abandonments, reducing tax revenues even more.

Meanwhile, the state is struggling to meet its budget with a vastly shrunken tax base. What it needs is a new source of revenue, something that won't squeeze consumers, homeowners, or local business.

A state-owned bank can provide that opportunity. North Dakota, the one state that currently has its own bank, is the only state to be in continuous budget surplus since the banking crisis began. 's balance sheet is so strong that it recently reduced individual income taxes and property taxes by a combined $400 million and is debating further cuts. It also has the lowest unemployment rate, lowest foreclosure rate and lowest credit card default rate in the country, and it hasn't had a bank failure in at least the last decade.

Revenues from the Bank of (BND) have been a major boost to the state budget. The bank has contributed over $300 million in revenues over the last decade to state coffers, a substantial sum for a state with a population less than one-tenth the size of .
is an oil state, but according to a study by the Center for State Innovation, from 2007 to 2009 the BND added nearly as much money to the state's general fund as oil and gas tax revenues did. Over a 15-year period, according to other data, the BND has contributed more to the state budget than oil taxes have.

is a conservative red state, not the sort you would expect to be engaging in government enterprise. But the conservative justification for a state-owned bank is that it preserves state sovereignty, allowing the state to be independent of Wall Street and the Feds. The BND is not a business competitor of the local banks but partners with them, helping with capital and liquidity requirements. It participates in loans, provides guarantees, and acts as a sort of mini-Fed for the state.

According to the annual BND report for 2010:

Financially, 2010 was our strongest year ever. Profits increased by nearly $4 million to $61.9 million during our seventh consecutive year of record profits. . . . We ended the year with the highest capital level in our history at just over $325 million. The Bank returned a healthy 19 percent ROE, which represents the state's return on its investment.

A 19 percent return on equity beats the 170 billion dollars LOST by CalPERS and CalSTRS, California's two public pension funds, by the time the stock market hit bottom in March 2009. The BND was making record profits all through that period.

The BND augments state revenues in other ways besides just returning its profits to the general fund. It helps build the tax base by providing the funding needed by local businesses, and by financing the infrastructure that attracts them. Among other resources, it has a loan program called Flex PACE that allows a local community to provide assistance to borrowers in areas of jobs retention, technology creation, retail, small business, and essential community services.

The BND also furnishes a credit line to the state itself, one that is effectively interest-free, since the state owns the bank. Credit lines are extended in times of emergency or whenever state departments or municipalities face unforeseen circumstances, such as the recent flooding in the state. Having a credit line to the state's own bank allows state and local governments to avoid extortionate interest rates from Wall Street and pressure to privatize and reduce services in order to avoid downgrades from rating agencies.

Timothy Canova is Professor of International Economic Law at Chapman University School of Law in Orange, . In a June 2011 paper called "The Public Option: The Case for Parallel Public Banking Institutions," he compared 's comfortable financial situation to 's:

. . . California is the largest state economy in the nation, yet without a state-owned bank, is unable to steer hundreds of billions of dollars in state revenues into productive investment within the state. Instead, California deposits its many billions in tax revenues in large private banks which often lend the funds out-of-state, invest them in speculative trading strategies (including derivative bets against the state's own bonds), and do not remit any of their earnings back to the state treasury. Meanwhile, suffers from constrained private credit conditions, high unemployment levels well above the national average, and the stagnation of state and local tax receipts.

California was once the nation's leader in technology, industry, entertainment and public education. Under Governor Pat Brown, tuition at UC campuses was free, making higher education available to all. Today tuition is about $13,000 a year, and the state has an unemployment rate hovering at 12 percent.

California, like North Dakota, is resource-rich. A state-owned bank will allow it to capitalize on its resources to full advantage, by providing the credit needed to realize its potential. As the bank was described by Assembly Member Ben Hueso of , who authored AB 750, "It's not the fad of the moment, a pair of tight-fitting jeans; it's a pair of construction boots."
Posted by arclein at 12:01 AM

"Prop 13 radically reduced the tax base" is an uninformed falsehood or a deliberate lie. Prop 13 never caused Calif tax revenue to drop. The rate of acceleration in property taxes slowed for one year in 1979 then recovered and increased on the same up-graph as the previous 20 years. If prop 13 had not passed property taxes would now be 1/2 of your property value every year. Get your facts straight before spewing nonsense derived from your presumptions. Liberal media has cried for over 30 years over the "lost" tax revenue. It is a flat lie.