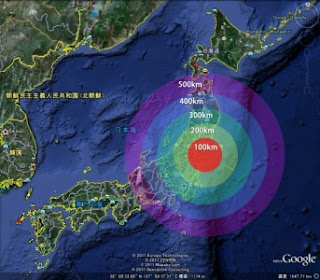 Yes it is time to reflect on .  In my modest opinion, the advent of the Rossi Focardi Reactor now been tested in several places and been prepared for mass production will end both nuclear and carbon based thermal energy systems outright as an economically viable energy source during the next decade.

Nuclear energy has been an economic dead end and a safety disaster.  Just how many nuclear incidents do we need to understand that there is no such thing as a fool proof protocol?  Every one of them has given us a dead zone to remind us that we are fools.

If it were not for the simple reality that no alternatives truly existed for many markets, nuclear energy would never have been considered.  It always needed to hide the long tale of decommissioning and handling of spent fuel.  That problem becomes more visible and annoying every year.

Once the industry begins to wind down we will need to maintain at least one high end reactor just to consume the reprocessed fuel coming from our global supply of decommissioning reactors.  It will have to operate for centuries unless we can generate safe thermal piles able to operate at a safe temperature while producing an economic return.  By economic return I mean enough useable heat to justify a continuing care and maintenance facility.

Our historic target was to produce high grade steam for powering a thermal plant.  Our new target may be just to heat water to the boiling point in large volumes without the hardware for handling pressure which is expensive.  Such systems could be quite welcome as hot water is in .

My key point today is that the Nuclear Age is about to end in one manner or the other.  It danger has simply killed off the recent attempt to resuscitate the industry.  Money does not like investments with the potential of unlimited losses going into the distant future.  showed the reality of geological risk over a plants lifetime.

ScienceDaily (Sep. 19, 2011) — When the Tohoku earthquake and subsequent tsunami hit the Fukushima Daiichi Nuclear Power Station on March 11, 2011, the world witnessed the largest nuclear incident since the 1986 Chernobyl disaster. In a special Fukushima issue of the Bulletin of the Atomic Scientists, published by SAGE, experts examine the current and future impact of Fukushima, what might have been done to lessen the scale of the accident, and the steps we need to take both in Japan and worldwide to prevent another nuclear tragedy. This content will be free to access for a limited period here.

In the article Deconstructing the zero-risk mindset: The lessons and future responsibilities for a post-Fukushima nuclear Japan, Tatsujiro Suzuki revisits the tragedy at the nuclear power station, and highlights a few of the most pressing -- and most challenging -- of the government's plans. " should not just contain lessons for , but for all 31 countries with nuclear power," says Suzuki, who is vice-chairman of the Atomic Energy Commission.

Nuclear or not? The complex and uncertain politics of 's post-Fukushima energy policy by Masa Takubo, an independent analyst on nuclear issues and a member of the International Panel on Fissile Materials, highlights the complex power struggle underway over the future of nuclear energy in . "Despite the seriousness of the crisis, 's historical commitment to nuclear power -- and a fuel cycle that includes reprocessing and breeder reactors -- still has powerful supporters," Takubo says. Even with a scale-down of nuclear power, the political inertia in addressing spent nuclear fuel reprocessing will most likely continue.

Frank N. von Hippel, co-founder of the Program on Science and Global Security at Princeton University and co-chair of the International Panel on Fissile Materials, looks at the projected health impacts following Fukushima in his article, The radiological and psychological consequences of the Fukushima Daiichi accident. Using the known after effects from and contrasting the extent of the incidents, von Hippel finds that the area in contaminated with cesium-137 -- at the same levels that caused evacuation around -- is about one-tenth as large. The number of thyroid cancer cases is likely to be much smaller due partly to action taken by the Japanese Government in terms of evacuation and stopping people from consuming contaminated milk. However he cautions that the psychological effect on those living in the contaminated area could be substantial and must be addressed.

Physicist Edwin S. Lyman challenges nuclear industry claims that a Fukushima-type event is unlikely to happen in the United States, because few US nuclear power plants are vulnerable to tsunamis. In his article Surviving the one-two nuclear punch: Assessing risk and policy in a post-Fukushima world, he writes that every nuclear plant is vulnerable to natural disaster or deliberate attack, and a nuclear plant can only handle events it is engineered to withstand. "Many nuclear plants appear to be subject to greater risks than they were designed to handle," he says, "particularly in regard to earthquakes." The author suggests that the Nuclear Regulatory Commission should require reactors to be upgraded to withstand a greater range of eventualities.

Sharon M. Friedman looks at media coverage in her article, Three Mile Island, Chernobyl, and : An analysis of traditional and new media coverage of nuclear accidents and radiation. A significant difference in coverage compared with the earlier incidents was the enormous amount of information available on the Internet. In addition to journalist contributions, citizens contributed significantly via social media. The Internet also provided many opportunities for better coverage, with more space for articles and the ability to present interactive graphics and videos. "Radiation coverage of the accident was better than that for the Three Mile Island or accidents," says Friedman, although "television reporting still presented some problems."

In their article Fukushima: The myth of safety, the reality of geoscience, Johannis Nöggerath, Robert J. Geller, and Viacheslav K. Gusiakov look at the anzen shinwa (safety myth) image portrayed by the Japanese Government and electric power companies, and how it stifled honest and open discussion of the risks to nuclear installations from seismic events. Opportunities were missed: Between the 1970s and the 2011 disaster, new scientific knowledge emerged about the likelihood of a large earthquake and resulting tsunami. "Japan's seismological agencies are locked into outdated and unsuccessful paradigms that lead them to focus on the hazard of a supposedly imminent earthquake in the Tokai district, located between Tokyo and Nagoya, while downplaying earthquake hazards elsewhere in Japan," the authors say.

The September issue of the Bulletin of the Atomic Scientists is published today (Sept 19, 2011). Additional editorial and translation services for this issue were made possible by a grant from Rockefeller Financial Services. Selected content will be freely available for a limited period fromhttp://bos.sagepub.com/content/current