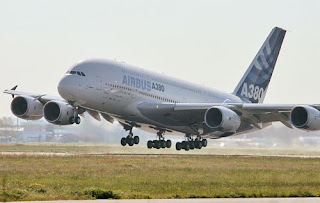 The one certainty we have for the next twenty years is that aircraft will continue to provide our primary mode of distance travel.  It will always be cheap enough for any trip lasting over a couple of hours.

Its eventual replacement is not even on the drawing board or even well out of the laboratory.  I refer to the Magnetic Field Exclusion Vessel I described in an article in Viewzone three years ago.  That is at least twenty years away in prototype form and another twenty perhaps before it is available for mass transport.

Some competition will be provided by high speed rail transport on certain high volume routes not much more than a thousand miles long.  Faster means building air evacuated tubes and the cost for that will always be prohibitive.

We will see airships emerge as a healthy competitor for air transport where the difference between a week and a day is not significant.  This will be upon us much faster than anyone imagines.  They are already building and designing and ordering craft.  They are actually likely to become very popular.

Airbus sees demand for over 27,800 aircraft in the next 20 years

In the midst of troubled financial markets, Airbus foresees strong ongoing demand for commercial aircraft. According to its latest Global Market Forecast (GMF), by 2030 some 27,800 new aircraft will be required to satisfy future robust market demand. The combined value of the over 26,900 passenger aircraft (above 100 seats) and more than 900 new factory built freighters forecast by the GMF is US$3.5 trillion.

As a result, by 2030 the global passenger fleet will more than double from today’s 15,000 aircraft to 31,500. This will include some 27,800 new aircraft deliveries of which 10,500 will be needed for replacing older less fuel efficient aircraft. The trend towards larger aircraft will continue, in order for the aviation sector to keep pace with future growth in demand.
People need and want to fly more than ever before. Over the next 20 years the aviation sector is expected to remain resilient to cyclical economic conditions as in the past. Airbus forecasts that Revenue Passenger Kilometres (RPKs) will grow by an average 4.8 per cent per year, which is equivalent to traffic more than doubling in the next 20 years.


Factors driving demand for new aircraft include population growth with increasing wealth, dynamic growth in emerging economies, strong continued growth in North America and European markets, greater urbanization and a more than doubling in the number of mega cities by 2030. Drivers also include the ongoing expansion of low cost carriers, and the need to replace older less efficient aircraft with new eco-efficient models in established markets.


In terms of passenger traffic on domestic markets, (9.8 per cent) and (7.2 per cent) will have the fastest growth rates over the next 20 years. Long established aviation markets will also continue to grow with the Domestic US (11.1 per cent) and Intra Western (7.5 per cent) having the first and third largest shares of the total traffic in 2030.


“The aviation sector is an essential element for today’s global economy which is why more people than ever need and want to fly,” says John Leahy, Airbus Chief Operating Officer Customers. “Airbus is bringing to market the latest innovations and eco-efficient products to satisfy the needs of airlines and the expectations of passengers now and in the years to come.”


By 2030, 60 per cent of the world’s population or some five billion people will be urbanised and the number of mega cities will have more than doubled to 87 from today’s 39. It is also forecast that over 90 per cent of long haul travellers will fly between these mega city points.


Demand for Very Large Aircraft (VLA) seating more than 400 passengers, like the A380, has risen over 2010 forecasts (1,738) to 1,781 aircraft valued at US$600 billion. This represents a 17 per cent share by value or six per cent share by aircraft units. Of these, nearly 1,330 are passenger aircraft needed to cater for the concentrated traffic volumes linking the world’s mega cities. Regionally, some 45 per cent of the world’s VLA’s will be delivered to Asia, 19 per cent to Europe and 23 per cent to the .


In the single-aisle segment, nearly 19,200 aircraft worth some US$1,400 billion or 40 per cent share by value, 69 per cent share by units, will be delivered in the next 20 years. This is an increase over previous forecasts due to increased growth and acceleration in the replacement of older less efficient aircraft. Of the new deliveries, some 40 per cent will be required to replacement needs. In addition some 50 per cent of single aisle aircraft deliveries will go to the well established aviation markets of North America and .