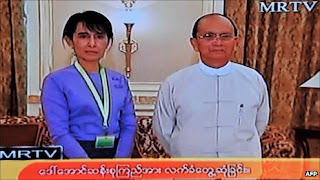 I am not overly inclined to believe that real change is coming to yet perhaps it is true.  The elderly generals may have finally accepted the futility of their methods after fifty years of squatting on the government and have indeed released the political system to change things.

After all, after multiple examples of success around them there is no one who does not know what needs to be done.   The speech reported here clearly proves that at least.

The time lines also appear to be tight and serious, so we can expect plenty of positive news over the next few months.

Change in - one step at a time

The last three weeks have been a time of fast-paced political change in , though this may be scarcely discernible to the outside world.

Civil society organisations, the local press, expats and the population generally - all of whom are used to very slow progress, if any - have been having a hard time keeping up as things are moving on a daily basis.

The last session of parliament had closed on 30 March with the ruling military-led SPDC (State Peace and Development Council) officially handing over executive power to the president and legislative power to the new assemblies on that day.

For those watching the development of Burma's political landscape during those early weeks, it seemed that a power struggle between more conservative and more progressive forces was dominating events in the capital, Nay Pyi Taw.

The question on many minds was how much progress could be made under those circumstances.

The despondent feeling was compounded by the resumption of armed clashes with a number of ethnic groups, notably the Kachin Army after a two decade-old ceasefire. In mid-August, quite suddenly, things started to change. The president, Thein Sein, spoke on 17 August before the parliament was due to reconvene on 22 August.

His address was aimed at government officials and hundreds of members of 40 different business and social organisations, which also included civil society organisations - such as the Free Funeral Association - which had previously been critical of the government.

Foremost on the agenda was economic development, and with it came a surprising invitation for exiles to return home to help develop the country.

The economy also dominated the president's opening speech on 22 August. He spoke of action to ensure good governance, clean government and democratic practices. 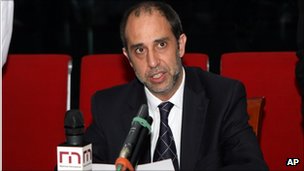 He spoke of fundamental rights of citizens; the rule of law; transparency; reducing the gap between the rich and the poor; creation of a harmonious society; economic reforms; and environmental conservation. He also hinted at bureaucratic opposition to necessary reforms.

These speeches followed on the heels of a less visible but just as important political and legislative action to establish a commission to review existing laws.

Committees have spent a busy summer reviewing hundreds of pieces of legislation and taking advice from international organisations such as the International Labour Organisation (ILO) and the UN Office for the Co-ordination of Humanitarian Affairs (Unocha), as well as from local NGOs.

Laws which have already been written or rewritten and which will come in front of this parliamentary session include legislation on labour unions, as well as legislation governing the response in the case of natural disasters.

However, the event with the biggest impact was Aung San Suu Kyi's meeting with the president on 19 August. It built on two meetings she had with Labour Minister Aung Kyi, who had acted as a liaison between the government and the pro-democracy leader over the summer.

It had been unclear until that morning if she would accept the invitation to attend the National Workshop on Reforms for National Economic Development in Nay Pyi Taw.

In the event she agreed to make an appearance, and the country was able not only to see her photographed with the head of state below her father's picture but also watch her on TV joking with a number of other ministers during the conference.

The VIP treatment - including a dinner hosted in her honour by the wife of the president - was a sign that the government was serious in its efforts for national reconciliation.

Another high-impact visit, well reported by the press, was that of the UN special rapporteur on human rights, Tomas Quintana, from 21-25 August.

He had previously proposed that the UN should consider a commission of inquiry into 's human rights situation. The government had not allowed him to visit for over a year.

This time, his trip included a visit to the parliament during one of its sessions, a meeting with Aung San Suu Kyi, a trip to Insein jail and a meeting with Burma's civil society leaders in Rangoon, the very first of its kind.

His verdict upon leaving was that substantial change was indeed needed; however, his tone was more conciliatory and he gave credit to the structural changes which have taken place since the elections.

In the meantime, parliament had reconvened. The main innovation here was the fact that the privately-owned press was now allowed to attend sessions and report on parliamentary sittings.

In the first session of the parliament, at the start of 2011, only government media had been allowed.

In part, all these changes are possible because the government has now achieved a measure of independence without needing to consult the military at every step.

's prime concern is the preparation for entry into the ASEAN Free Trade Area (Afta) and ASEAN Economic Community (AEC), as well as wanting to take its turn as ASEAN's chair in 2014.

However, the growing confidence of the administration is possibly also at the origin of the resumption of armed conflict with some of the ethnic armed groups.

Whilst Nay Pyi Taw puts the fighting down to troops reacting to local incidents, the broader question remains on how a lasting peace can be achieved with both ceasefire and non-ceasefire groups.

The president's suggestion that in the first instance the armed groups should take their grievances to their state/regional government is not necessarily an acceptable solution as many armed groups are seeking to band together and to demand a national ceasefire and a national solution applicable to all.

To this the government is most unlikely to respond. The ethnic conflict remains 's Achilles heel and needs to be taken as seriously as economic reforms and national reconciliation with Aung San Suu Kyi.

Marie Lall is a South Asia specialist at the Institute of Education, University of London, and an associate fellow at Chatham House. She was in from 2-27 August 2011.