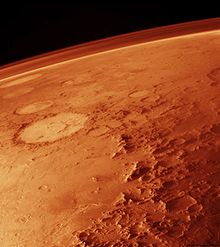 Essentially Gilbert V. Levin declared that life exists on Mars in 1997.  Reviewing his bio and his publications and the fact he was tasked from the beginning to actually design the tests used to come to this conclusion and was then supported by NASA to get the information, then perhaps we should accept his verdict?

We have already posted on the anomalous formations resembling vegetation associated with certain trenches on Mars and the even more anomalous fact that all photo data presently been released is in black and white.

The only correct conclusion that one may draw is that the evidentiary case is been outright ignored by NASA.  That way it is inevitable that other investigators will be at least hesitant in stating the case.  Yet Dr. Levin is certainly not hesitant and is quite clear that the only interpretation of his data is the existence of microbial life on Mars.

On top of that the general scientific consensus has shifted from thinking microbial life would be impossible to support on Mars to the realization that this will not be a problem at all.  New discoveries on Earth have fleshed out a vastly more robust understanding of microbial lifeways and the harsh conditions on Mars are no different from many similar bio niches on Earth. The new question is really to ask were they are on Mars.

We also no longer doubt the utility of impact ejects finding their way across the void to cross populate planets and ultimately other stars.  Problematic perhaps but certainly not impossible.

What is clear is that the successful results of a remote search for life will be simply ignored and the irrational naysayers then coddled rather than challenged.  The evidence is not going to be accepted until we get boots on the ground and retrieve a number of independent and isolated samples able to put the question to rest.

Perhaps we need to thank one scientist at least for stepping up and saying what is obvious. 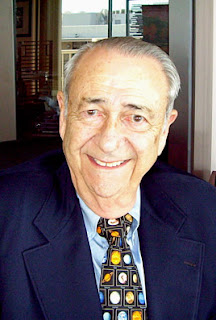 A native of , , Gilbert V. Levin graduated from and entered the of Engineering in 1941.  In 1944, during World War II, in his junior year, he joined the Maritime Service, where he trained as a shipboard radio operator.  After serving on various merchant ships in the Atlantic, North Atlantic, Mediterranean, Pacific and combat zones, Levin was released from service in 1946.  He returned to where he obtained his B.E. in Civil Engineering in 1947 and his M.S. in Sanitary Engineering in 1948.  He then served as public health engineer in the health departments of Maryland, California and the District of Columbia before joining Dr. Louis McCabe, former Director of the Los Angeles County Air Pollution Control District, in founding Resources Research Inc., an environmental consulting and research firm, in 1955.  While still working at the company, Levin went back to as a full-time student and obtained his Ph.D. in Environmental Engineering in 1963.  In 1967, following the sale of the company, Levin founded Biospherics Research Inc. (now Spherix Inc.), where he was CEO and President until 2003, and served as Chairman of the Board until 2007.  He continues to be a Member of Spherix’s Board of Directors.  In 2007, he was appointed Adjunct Professor in the of the of and Sciences of the .  In 2009, Dr. Levin was made Honorary Professor in the Centre for Astrobiology of .

Among Dr. Levin’s inventions are low-calorie sweeteners, therapeutic drugs, including one currently under Phase 3 Clinical Trial for type 2 diabetes, radioisotope methods for the rapid detection and identification of microorganisms, the application of the firefly bioluminescent ATP assay to microbial detection and to the measurement of biomass, safe-for-humans pesticides, and wastewater treatment processes including biological nutrient removal, along with the associated instrumentation and equipment.  His innovative approaches to detecting microbial life led NASA to award him a series of contracts to develop methods for the detection of extraterrestrial life in spacecraft missions.  Dr. Levin was appointed by NASA to a committee to recommend experiments for the Biosatellite . NASA also asked him to serve on its Planetary Quarantine Advisory Panel.  He then became Principal Investigator for a study of NASA’s still-pending Mars Sample Return .  Dr. Levin was a Co-Investigator of the ’s IRIS Experiment flown aboard Mars Mariner 9 in 1971 to study the atmosphere of Mars.  Based on his sensitive radioisotope microbial detection method, Dr. Levin proposed to NASA and was selected for the Viking to Mars.  He was designated Experimenter of the Viking Labeled Release life detection experiment which landed on Mars in 1976.  The experiment got positive responses at both Viking landing sites.  However, a consensus did not accept his results as proof of life.  After years of study, in 1997 Dr. Levin concluded that the experiment had, indeed, detected life on the red planet, and published his conclusion.  Subsequent findings of environmental conditions on Mars and research on extreme environments on Earth have been consistent with his claim.  Pursuing the life issue, Dr. Levin was a member of the Scientific Instrument Team for NASA’s experiment on the ill-fated Russian ’96 Mars .  He has since developed, proposed and published on a Chiral LR life detection experiment as a way to remove any doubt about the original Mars LR results.  He has published over 120 papers in scientific and technology journals, and has been awarded more than 50 patents for his inventions.  A Trustee Emeritus of the , Dr. Levin is a member of its National Engineering Advisory Council, and has served on its National Library and National Industrial Advisory Councils.  His awards include the Distinguished Alumnus Medal from Johns Hopkins, the Public Service Medal from NASA, the Newcomb-Cleveland Award from the American Association for the Advancement of Science and the IR-100 Award from Industrial Research Magazine.  He is a Member of the Sigma Xi, is listed in Who’s Who in , and is a member of the Cosmos Club of .

In 1952, Dr. Gilbert V. Levin invented a rapid, highly sensitive method to detect microbial contamination of water and food. In 1958, he obtained a NASA contract to develop the method to seek extraterrestrial life. The method was selected in 1969 for use on NASA’s 1976 Viking to Mars. Originally named “Gulliver,” for the Lilliputians (microorganisms) it was seeking, it was renamed the “Labeled Release (LR)” experiment by NASA to indicate the technology used – the release of radioactive gas from radio-labeled compounds in the event they were metabolized by microorganisms in the Martian soil. Simply put, the LR squirted a drop of carefully designed radioactive food onto a tiny cup of Martian soil and monitored the air above the soil to detect radioactive gas that any microorganisms present might breathe out. Levin and his co-workers, notably Dr. Patricia Ann Straat, then spent the next decade developing the experiment and instrument, and in analyzing the results obtained from its successful operation on Mars. At both landing sites, some 4,000 miles apart, the LR returned evidence of living microorganisms. Initially discounted by NASA and most space scientists, the results of this milestone project have, nonetheless, been causing excitement and controversy ever since. In 1997, after 21 years of study of the Mars LR results, of new information scientists obtained about environmental conditions on Mars, and of the extreme environments in which life was found on Earth, Dr. Levin published his conclusion that the LR had, indeed, discovered living microorganisms on the Red Planet.
Levin first presented his conclusion in an invited talk at the Annual Meeting of the International Society for Optical Engineering (SPIE) on July 30, 1997, in . On July 20, 1998, he presented another paper with new findings supporting that conclusion. Many attempts have been made since then by other authors to explain the Mars LR results as having been caused by chemical or physical reactions between the LR nutrients and the soil. No one, however, has duplicated the full experimental results the LR obtained on Mars. In recent years, there have been many important converts to the life theory, possibly the fore-runner of a major paradigm shift in humanity’s continual search for its place in the universe.
Below are his publications related to Mars. They are presented in chronological order, from the early up to the latest scientific findings by him and others related to this intriguing issue, the resolution of which, as termed by NASA, would be “the greatest experiment in the history of science.”
GILBERT LEVIN, Ph.D.
**some of these documents may take several minutes to fully load due to graphics and long text
Posted by arclein at 12:01 AM