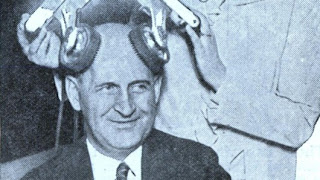 It is a little too soon to be optimistic but we are apparently discovering the plausible route to hair growth activation and certainly seeing why it may well cut off.  A number of empirical observations also become clearer such as the relationship between cholesterol and hair loss.

Certainly improved nutrition has generated healthier hair.  Just following up on that clue will help and likely pay serious dividends.  We at least suspect now that the link may actually be a lot more robust than otherwise thought.

Why did we start losing hair on the scalp?  We have a genetic niche in which male pattern baldness is unavoidable and we have the rest who lose it as they age.

It could all be linked to a simple deficiency whose scarcity response cascade begins with simply releasing the hair.  That makes even more sense when we recall that hair does excrete minerals and it may well be all about one or the other such mineral that we take for granted but simply do not ingest sufficient to maintain our hair.

It is all another argument for using sea salt.

In news that offers hope to millions of chrome-domes everywhere - yours truly included - Yale researchers have made a discovery that could lead to new treatments for baldness. While men with male pattern baldness still have stem cells in follicle roots, they need signals from within the skin to grow hair. Until now, the source of those signals that trigger hair growth has been unclear, but the Yale researchers claim to have now discovered it.

When hair dies, the researcher team led by Valerie Horsley, assistant professor of molecular, cellular and developmental biology, observed that the layer of fat in the scalp that comprises most of the skin's thickness shrinks. When hair growth begins, the fat layer expands in a process called adipogenesis. They identified a type of stem cell - adipose precursor cells - within the skin's fatty layer that is involved in the creation of new fat cells. They showed that these cells' production of molecules called PGDF (platelet derived growth factors), was necessary to spur hair regrowth in mice.

Horsley's team is trying to identify other signals produced by adipose precursor stem cells that may play a role in regulating hair growth. She also wants to know whether these same signals are required for human hair growth.

"If we can get these fat cells in the skin to talk to the dormant stem cells at the base of hair follicles, we might be able to get hair to grow again," said Horsley.

The Yale team's research is published in the September 2 issue of the journal Cell.

Thanks for the wealth of information on your blog.