Science and the Sasquatch 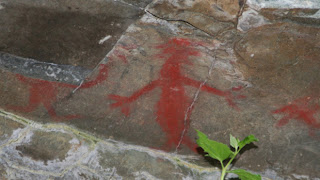 This item does beg a very important question.  A phenomenon that simply does not allow it to be easily observed is far too often subjected to denial by the so called scientific community.  This is profoundly against the whole spirit of science when it is used as an excuse to not even collect the data itself.

Here is a case in which a well trained scientist is even denied ordinary publication and review.

The Sasquatch has been observed properly and reported on over ten thousand separate times.  The data base is now large enough to include many expert witnesses including a senior guide at and an expert large game hunter who specialized on grizzlies.  It would have been more extraordinary had they never actually had an encounter.

It simply does not let itself be cornered or hang around long enough for someone to get over their shock and take a shot at it.  It also travels fast in formidable terrain leaving human trackers far behind.

DNA evidence is now appearing and the recently reported undisturbed primate behavior in encourages me to believe we are close to actual successful contact.  It appears possible and that will completely eliminate the mystery once and for all.  The mere fact they are prepared to challenge means that accepting dominance behavior and gifts will pay off.

Perhaps the pioneers will get to see this animal properly studied and even counted.  I suspect that the population is presently increasing as the creature learns to take some advantage of human activities.  After all a midnight feast in an apple orchard is a gimme.

Taking Sasquatch from the tabloids to the science journals

Wildlife biologist John Bindernagel feels it is only a matter of time before he is proved right, but he is wondering if he will be around for his vindication.

“I’m turning 70 this fall...time is running out. That’s certainly what I think about quite a lot,” said Dr. Bindernagel, who is one of the few scientists in the world who openly believes in Sasquatch.

He thinks hard scientific evidence, in the form of DNA, could be provided by researchers in the later this year, or next. But then again, his hopes have been raised before – only to be dashed when material promised by Sasquatch hunters didn’t materialize or turned out to be phony.

But Dr. Bindernagel says there has also been a lot of strong, compelling evidence for its existence over the years – multiple sightings of an ape-like creature in North American forests, physical signs such as twisted branches, and entirely credible tracks that have been photographed and preserved in casts.

That evidence, however, has been so overshadowed by the high-profile hoaxes that Sasquatch have been written off by the scientific community.

In 1998, after years of field research, Dr. Bindernagel published a book that treated the Sasquatch, for the sake of argument, not as a mythical creature, but as a species that just needed to be confirmed.

He thought his treatise would spark scientific debate.

Instead, he found himself shunned. At one wildlife conference, he said, a paper he wanted to present detailing what he thought was important evidence was dismissed as “tabloid material” not worthy of discussion. He wasn’t even allowed to present his argument, let alone defend it.

“It isn’t uncommon for a discovery that’s seen as far-fetched, such as this one, to be resisted [by the scientific community],” he said.

Dr. Bindernagel said at first he was stung by the way his colleagues rejected his ideas, but he has become more philosophical about it.

This summer he released a new book, The Discovery of the Sasquatch – Reconciling Culture, History, and Science in the Discovery Process, which deals as much with the scientific community’s attitude as it does with the Sasquatch itself.

In his new book, he argues that, in fact, the Sasquatch has been discovered, but the discovery has not been acknowledged because the scientific community has a blind spot about the subject.

“I describe it as an unwillingness to consider the evidence,” Dr. Bindernagel said. “I’m not concerned whether or not the scientific community accepts that the Sasquatch exists. I am concerned, however, that they are unwilling to scrutinize the evidence. That does speak to a kind of closed-mindedness.”

He said the attitude baffles him, and he is hoping his new book will open doors so that he can speak at conferences and present his ideas.

“The real mystery of the Sasquatch is not, does it exist or not? But why is it a scientifically taboo subject? And that is quite interesting. That’s really what I got to in the book. It became as much about the discovery process as it did about the Sasquatch.”

His book also chronicles the long history of reported sightings, dating back to the 1800s. One section deals with the pre-contact record, as seen in native carvings, including a startling mask from the that looks like it was modelled on the face of an ape.

Dr. Bindernagel said early anthropologists always recorded native stories about the Sasquatch as tales of a “mythical beast” not as something real.

Native story tellers, he argues, were describing something they’d seen – but they couldn’t get themselves taken seriously.

Centuries later, he’s pretty much in the same spot. What will it take to change that?

“People say you need a [Sasquatch] body...well, obviously. But my question has always been, can we not address this subject prior to that?” he asks.