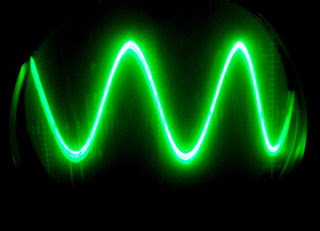 It has become time to slash the cost of power inversion, now that the cost of PV power is in the dollar per watt range.  As stated, present BOS costs are already 44% of total package.  Without a major improvement that is about to leap ahead.

Here we have a ten fold weight reduction along with related costs.  I would say that the difficulty is now well in hand.

Cost effective inversion capacity has been a long standing drag on complex systems in particular.  This is a welcome improvement that will be popping up everywhere.

Ideal Power Converters: A Disruption in the Inverter Market?

It's still very early for inverter innovator Ideal Power Converters, but this is a startup making some bold claims. 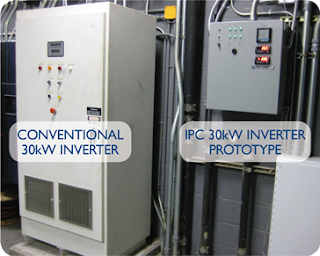 Ideal Power Converters (IPC) is a ten-employee firm located just outside that's developing a current-modulation power converter topology that looks to shrink the size and weight of a solar photovoltaic inverter by 90 percent and reduce shipping and installation costs by 90 percent. The typical 30-kilowatt, 480-VAC commercial-size inverter weighs about 1200 pounds and is mounted on an engineered concrete pad outside the facility where it is sited. In contrast, IPC's 30-kilowatt, 480-VAC inverter weighs 94 pounds and hangs on a wall using two installers.  Their inverter can be located in the building or on the roof.

Although the IPC PV inverter is transformer-less, unlike other transformer-less inverters, it supports standard grounded arrays with 600 VDC unipolar systems or +500 to -500 VDC bipolar systems. IPC also claims that their new inverter is more efficient and more reliable than conventional inverters. IPC has eliminated all electrolytic capacitors, a common point of failure in inverters.

I spoke with Paul Bundschuh, IPC's VP of business development, at the Intersolar tradeshow in on Monday. The startup has received seed funding from Ventures, funding from the State of Texas Emerging Technology Fund, and is generating revenue from a licensing deal with Lockheed Martin.

The much smaller and lighter transformer-less inverter is in pre-production and still in the certification and field trial process. The firm is looking to go after the large and growing commercial market in the 25-kilowatt to 2-megawatt project size. Bundschuh spoke of the value generated in the commercial sector since the firm's product is essentially "displacing electricity at retail rates rather than at wholesale rates."

The real value proposition for the IPC product is the reduction in labor hours, real estate, and infrastructure required for large commercial inverters. IPC gets this size and weight reduction by getting rid of magnetic steel and copper wire in transformers and inductors. I suspected that these parts were replaced with exotic materials like silicon carbide (SiC) or gallium nitride (GaN), but that's not the case. IPC uses conventional silicon IGBTs, but what's different is the topology -- what IPC calls “current-modulation” and advanced firmware controls, according to Bundschuh.

As solar PV module prices continue to decline, balance-of-system (BOS) components like inverters will account for a majority share of a PV project’s total cost per watt within the next year, according to GTM Research's most recent report. In 2010, BOS costs accounted for approximately 44.8 percent ($1.43 per watt) of a typical, utility-scale crystalline silicon (c-Si) project, with that percentage forecasted to increase to 50.6 percent in 2012.

Reducing inverter costs becomes a much more critical piece of system cost reduction.
Once IPC has the technology under control, the challenge remains in amassing field data from its early installations and convincing conservative system installers to take a chance on a new company with a new technology.

Here's a link to a white paper from the vendor, and here's a link to GTM Research's most recentin-depth analysis of the inverter market.
Posted by arclein at 12:01 AM