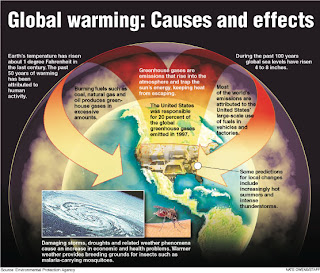 This is not quite the epitaph on the UN’s global warming adventure, but is certainly a fistful of nails in its coffin.

As I posted at the beginning of this  blog back in 2007, I have no problem accepting that the climate is warmer than its Holocene average by about half a degree which is the natural upper range.  The startling surprise drift of pacific fauna into the for the first time in two million years is a surprising confirmation of the uniqueness of this particular warming spell.

No one has a problem accepting the rise of CO2 content in the atmosphere which actually should be welcome because it represents a small reversal of a very long term trend.  It is assumed that this increase is caused by human activity as it intuitively should be.  So we will let it pass.

The problem has been the attempt to link the phenomena in a way that is a reversal of the cause and effect relation consistently shown in the geological record.  Quite simply, when the world warms, CO2 slowly begins to increase.  Well the world did warm and measured CO2 increased.  In short, I thought that trying to use CO2 as a driver of the climate was both an outright error but also extremely likely to make fools of anyone attempting to argue the cause.

It got worse.  The sole decade that was convincing as evidence was seized upon like it was the second coming.  Vastly increased CO2 emissions in the succeeding decade was greeted with declining temperatures to the extent that it categorically disproved the claim by sheer weight of numbers.

The bottom line is that the climate is warmer but it has no obvious linkage to CO2 production that we could ever trust.

By David Rothbard and Craig Rucker - The  Times

As the United Nations wrapped up its recent climate conference in Bonn, talks organizer Christiana Figueres proclaimed that climate change is the "the most important negotiation the world has ever faced." Faced with real problems - financial meltdowns, unemployment, war and genuine human suffering - the world no longer agrees.

It's a good thing human productivity doesn't threaten the global thermostat the way the U.N. would have us believe. If it did, we'd be cooked. Countries rich and poor are backing away from commitments they made years ago during rosier economic times, before the public became aware of Climategate, renewable energy costs and genuine debate.

The Protocol, the only binding international agreement signed since the global warming scare began, expires after 2012. Canada, Russia and Japan have declared they will not renew; China and the United States never signed it, and the has made it plain it is not about to. And poor countries are becoming less enamored about signing on, as they realize hard economic times mean there will be little climate "mitigation" and "restitution" money coming their way from (formerly) rich countries.

Even die-hard warmists increasingly recognize that bureaucratic solutions hatched at these conferences are rife with waste, fraud and abuse. They may enrich a few, but they are powerless to control Earth's climate.

In March, German investigators reported that 850 million euros disappeared when shady companies swarmed into carbon trading, emissions and energy businesses.Criminal enterprises raked in tens of millions, fended off regulators with delaying tactics and then announced bankruptcy or vanished. An Italian sting operation resulted in arrests of wind-farm developers who billed the country for subsidies but never produced a kilowatt of electricity.

London's liberal Guardian newspaper was aghast to learn that the World Bank's Biocarbon Fund had arranged to pay European "entrepreneurs" $1 million to establish a system under which 60,000 Kenyans would restrict themselves to farming under rigidly controlled, inefficient, "sustainable" techniques. For that they will receive $1.4 million over 20 years.

That's right, the beneficent World Bank will enrich more Europeans so 60,000 Kenyans can receive $23.83 apiece for 20 years of drudgery, poverty and misery - a princely $1.19 a year.

Even the European Union finally understands how little bureaucracy and energy deprivation dictates the climate. "It is not enough for the EU to simply sign up for another commitment period," EU climate representative Jurgen Lefevere admitted. "We only represent 11 percent of global emissions."

Burning fossil fuels contributes only a fraction of total annual atmospheric carbon dioxide buildup, and the EU contributes just 11 percent of that. The EU's commitment to slashing CO2 emissions by 20 percent invites corruption, has no control over Chinese or Indian emissions and has no effect on the climate.

The biggest divide evident in was between the and large emerging economies. Even Obama administration officials who are thoroughly committed to man-made global warming catastrophe claims finally recognize the fraud problem. In , the insisted that all countries subject their emission reduction claims to verification.

However, will accept only an agreement that lacks verification - and guarantees the right to cheat. Meanwhile, the Chinese are happy to be "the world's leader" in manufacturing wind turbines - 95 percent - which they gladly sell to guilt-ridden Western countries.

and other nations support the notion that prosperous countries owe the world restitution for the "sin" of engaging in the Industrial Revolution and becoming prosperous. We can only hope some nation's representative will have the courage to remind and its fellow climate travelers that the West never forced them to spend 50 years mired in communism, bureaucracy and stagnation.

While it is encouraging that the global warming camp no longer has things entirely its own way, celebration would be premature. For all the gnashing of teeth and complaining about corporate influence we hear from global warming bureaucrats and campaigners, the truth is that, today, the warmists are the establishment.

Billions are being redistributed to researchers, developing nations, carbon speculators, alternative energy investors and other carbon profiteers - who would like to turn billions into trillions. Pity the poor carbon traders whose markets expire with . Not all have their villa in the sun yet.

But rest assured, they will do whatever is necessary to get theirs. Big Warming will not surrender its hold on Western taxpayers without a fight.

The warmist camp plans to retake the initiative at the December U.N. conference inDurban, . It intends to turn back the clock to the time when the media would attribute any weather or nature event to global warming, without question or critical examination. Al Gore's recent Rolling Stone diatribe essentially calls on the media to censure climate disaster skeptics and adopt a one-sided man-made warming narrative.

The New York Times may go along, but the huge and growing alternative media will not. This week's Heartland Institute international conference of climate-alarm skeptics in will only reinforce the lack of evidence for man-made Armageddon, and the disastrous consequences of staying the current U.N. course.

Many believe the last-minute appearance by dozens of world leaders crippled theCopenhagen climate conference. But with the big names absent from , , and now , the U.N. wants them back.

Ms. Figueres capped the conference with a call for "high-level political attention." If she succeeds, just imagine the mischief a gathering of heads of state, foreign ministers, bureaucrats, researchers, green campaigners and carbon profiteers can do at an African beach resort.  Then imagine how nearly impossible it will be to repair the harm they inflict. Action must be taken to avert such a result.

David Rothbard is president of the Committee for a Constructive Tomorrow. Craig Rucker is CFACT's executive director.
Posted by arclein at 12:01 AM