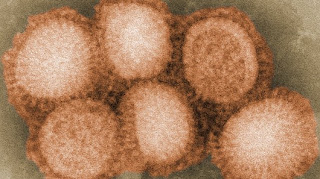 This takes us much closer to an outright protocol that counters influenza.  It at least provides a swift acting treatment that allows us to leap ahead of an actual pandemic and stop it in its tracks.  Where it to be effective only for a brief time that is good enough to stop the problem.  As stated, true immunity may never be attainable or at least it is a long ways away.

This certainly will be an excellent stopgap that protects the most.

Fear of influenza has driven the industry for decades.  The cause of that fear, though rarely encountered is very real.  A pandemic will kill the strong and healthy.  SARS was a close encounter a few years ago.  In that case the ball was not dropped.

It would be nice to see influenza sufficiently suppressed that we rarely think about it at all.

Every year in the lead up to flu season, those at high risk of infection, such as the young, the elderly and those who are immune-compromised, head off to the doctor for a jab in the hopes it will protect them from the flu. However, influenza vaccines have a number of shortcomings that means even those who have been vaccinated may still get influenza. Researchers at the Scripps Research Institute and Dutch biopharmaceutical company Crucell have now found a broadly acting antibody that could lead to a single, near-universal flu vaccine to replace annually changing vaccines.

The high mutation rate of the influenza virus means that any particular influenza vaccine will usually grant protection for a few years at most. So every year, the World Health Organization predicts which strains of the virus are most likely to be circulating in the next year, allowing pharmaceutical companies to develop vaccines that will provide the best immunity against these strains. But with the large number of strains and the fact it takes pharmaceutical manufacturers six months to formulate and produce the millions of doses required, a new or overlooked strain can become prominent in the interim, meaning that even those who have been vaccinated may become infected.

Attempts to create a vaccine that works against a wide set of strains and therefore provides protection against unforeseen strains have encountered difficulties relating to the structures that hold the virus itself. These spherical or filamentous envelopes are studded with mushroom-shaped hemagglutinin (HA) proteins, whose more accessible outer structures effectively serve as decoys for a normal antibody response.

"The outer loops on the HA head seem to draw most of the antibodies, but in a given strain these loops can mutate to evade an antibody response within months," said Ian Wilson, who is the Hansen Professor of Structural Biology and a member of the Skaggs Institute for Chemical Biology at Scripps Research.

This means that antiviral drugs aimed at these and other viral targets will also lose effectiveness as flu populations evolve. The researchers therefore sought to find and attack structures on flu viruses that are relatively unvarying and functionally important.

After sifting through the blood of people who had been immunized with flu vaccines, Crucell's Jaap Goudsmit discovered an antibody called CR6261 that bound to one such vulnerable structure. In mice, Goudsmit's team found that an injection of CR6261 could prevent or cure an otherwise-lethal infection by about half of flu viruses. These included H1 viruses such as H1N1, strains of which were responsible for the 1918 Spanish Flu and 2009 Swine Flu global pandemics.

The Crucell researchers approached , whose team determined the three-dimensional molecular structure of CR6261 and its binding site on HA, which was reported in Science in 2009. That binding site, or "epitope," turned out to be on HA's lower, less-accessible stalk portion and the binding of CR6261 to that region apparently interferes with flu viruses' ability to deliver their genetic material into host cells and start a new infection.

Not content with that, the Crucell researchers subsequently set about looking for an antibody that could neutralize all of the remaining flu viruses unaffected by CR6261. They recently found success with one called CR8020, which they say powerfully neutralizes a range of human-affecting flu viruses, including H3 and H7 subtypes, in lab-dish tests and in mice.

Utilizing the same technique used with CR6261, the researchers were able to determine the antibody's structure and its precise epitope on the viral HA protein.

"It's even lower on the HA stalk than the CR6261 epitope; in fact it's closer to the viral envelope than any other influenza antibody epitope we've ever seen," said Damian Ekiert, a graduate student in the Scripps Research Kellogg School of Science and Technology who is working in the Wilson laboratory.

Crucell is about to begin tests of the CR6261 antibody in human volunteers and expects to eventually begin similar trials of CR8020. If those trials succeed, aside from a vaccine the two antibodies could be combined and used in a "passive immunotherapy" approach.

"This would mainly be useful as a fast-acting therapy against epidemic or pandemic influenza viruses," said . "The ultimate goal is an active vaccine that elicits a robust, long-term antibody response against those vulnerable epitopes; but developing that is going to be a challenging task."

The Scripps Research and Crucell team's paper, "A Highly Conserved Neutralizing Epitope on Group 2 Influenza A Viruses," is published in the journal Science Express