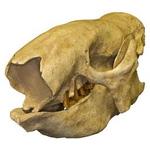 As I have posted before, cryptids are typically local phenomena and it takes a lot for a patch of reports to actually surface.

This short collection of reports took me aback initially.  The first is as good as it gets yet we can immediately state that it is:

Not a goat or ruminant in spite of having the horns.  Those are clawed paws.
Not a bear.
Not a carnivore – the body is a bulky herbivore with some prospect of also eating grubs and the like.

Yet it resides in the southern which is natural refugia from the Pleistocene. Hibernation is unnecessary.

Quite remarkably, this is surely a remnant population of giant ground sloths.  The horns are merely unexpected but certainly congruent with an herbivore needing protection.

Once you think ground sloth, the reports and observations fit and we can chuck the made up name been applied. 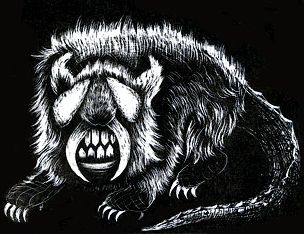 I grew up in Gallipolis, across the Ohio River from . In high school I found an old scrape book of my mother's with several dozen clippings on the Mothman: I was fascinated that something "neat" had happened so close to the sleepy little town I loved, and I was hooked. I had to know more! It didn't take long for me to find "The Mothman Prophecies" and read it cover to cover.


I lost interest somewhat when I began to date and do the things high school kids do. However, when I returned from a seven year tour in the Navy I rediscovered my interest in the Mothman. I decided that I would use the skills the Navy had taught me to try and disprove the Mothman stories. My logic being that if I tried, seriously and diligently, to disprove the stories, and failed, then I would have strengthened their credibility.


My new hobby took me into the woods and "hollers" around the TNT area and to the homes of what witnesses who were alive and willing to talk about what they'd seen. While I found a great many points of interest in my investigation –among them some interesting questions focusing on an Active Naval base in Point Pleasant which seems to have no official purpose or staff. I was not prepared for what I encountered along a creek bank north of .


I was walking the creek bank trying to run down some tips provided to me by an acquaintance at a UFO investigation group who I considered a marginal flake, but which seemed to have some credibility in the form of "what are these guys really up to" venue.


As I walked the creek I heard something large break through the brush ahead of me and I froze. Logic told me that it was at worse a large dog or even a stray cow, as there is very little in the way of predators in Mason county. Still, I've been a hunter since my teenage years and I knew well that the WV DNR had been actively repopulating absent native species: it was wholly possible that I was about to become face to face with something which might consider me lunch.


What I saw emerge from the brush was a large, brownish-white creature: it's fur looked dirty and matted as if the animal did very little in the line of self grooming. I can't be sure if I was looking at a dirty white animal or a brownish animal with a white undercoat. It was late in the fall so it make sense that it might be putting on a winter coat. The creature moved on all fours as it breached the brush line and knelt to drink from the creek. It's front limbs, the only limbs I saw clearly, ended in what were markedly paw like "hands". It's head was long and pointed, like a canines, and it had largish horns: not antlers but single point horns.


I shrunk back into the brush and watched, afraid to stay and afraid to run. It drank for a few minutes, then cross the creek and continued on across toward . When I was sure it was gone, I turned and ran as fast as I could back toward the pond where I'd parked.


The one thing that sticks out in my mind about this encounter most clearly is the way it smelled. It smelled like sulfur. Now, don't think I'm screaming fire and brimstone here, I'm not. One of the biggest problems with the TNT area is the pollution from the manufacturing activities that went on there. The worst of this is the Red Water run off generated by the production of gun powder. The area was a navy ammunition plant at one time and made gunpowder. Red Water, the cause to this date of the brownish-red foam seen in many of the run off ponds, has a sulfur content that should concern anyone exposed to it. It makes sense that anything living in this area should absorb some measure of that scent if they are drinking from these water sources.


What is a Sheep Squatch?


I received an unusual email a few days ago that, quite frankly, I thought was a prank...that's until I started to check into the claim. From what I can gather there is a bit of local folklore with this story. Regardless, I'll post it so you can comment. If you're familiar with the cryptid, feel free to respond:


Mr. Strickler - I hope you can give me an idea of what I saw a few weeks ago while hiking with a friend in in . We had been on one of the trails for about an hour when we stopped for a brief rest and drink. This was my first visit to this park and I was pleased that the area we were in was secluded.


After a few minutes of rest we continued to walk along the trail when my friend suddenly stopped and pointed towards the right at large group of rocks. Something was moving around but it was about 50 yards away so we didn't get a very good look. We could see that it was light in color and was quite bulky. We stood frozen wanting to know what this creature was though I was getting more frightened by the second. As we started to walk the creature moved onto a rock where we got a good look at it. It looked like a medium sized bear but the fur was very light in color, almost a yellowish gray. The head was very strange also. There was a snout like that of a bear but the dark round eyes were set lower on the head. It was looking in our direction and we had no intention on sticking around to see what it was going to do.


We got back to the car and immediately left for home. I have read online that this area has a strange history, thus the name 'Fairy Stone'. The creature is unlike any I have seen or heard about before. I had made an inquiry to a local historian who laughed at me and said I saw a 'Sheep Squatch'. What is that? Thanks for you help - Teena

As I stated previously, I thought someone was pulling my leg. I had never heard of a 'Sheep Squatch'...that is, until I started to look for references. 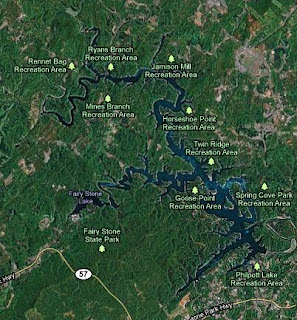 This creature is described as "being the size of a bear, with completely white wool-like fur. Its front limbs end in paw-like hands, similar to a raccoon’s but larger. The beast head is long and pointed, like a dog with long saber-like teeth and a single-pint horns like a young goat. SheepSquatch sports a long and hairless tail, similar to an opossum’s and is reputed to smell like sulfur."


There have been a few reported sightings over the years. The counties with the most sightings of Sheepsquatch are from Boone, Kanawha, Putnam, and Mason. A large surge in sightings took place in during the mid-1990s. 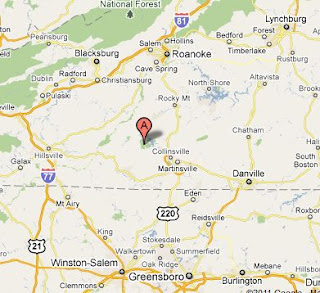 In 1994, a former Navy seaman witnessed the beast break through the forest. The white thing drank for a few minutes, then crossed the creek and continued on across toward the road. The navy seaman observed the animal for a while, and then it moved on into the surrounding brush.


Also in that same year, two children observed the beast while playing in the yard in . They saw what looked like a large white bear, and it stood up on its hind legs, which made it over six feet tall. Startled, the beast ran away through the forest, breaking medium-sized limbs off of trees as it went.


Another encounter a year later involved a car. A couple driving through noticed a large white beast sitting in the ditch along the road. They stopped their car to get a good look at it. It was described again as a large white animal with woolly fur about the size of a bear. In this instance, it was described as having “four eyes”. Then, it jumped out of the ditch and starts attacking the car. The couple drove off quickly, and when they got home noticed the large scratches on the side where the beast attacked.

Another incident occurred in 1999, this time a couple of campers were in the at night around a campfire. They heard an animal snorting and scuffling around the camp, but it did not come into the light of the campfire. All of the sudden, the SheepSquatch appeared out of the darkness and charged at the campers. They jumped up and ran back to their house; all the while being pursued by the SheepSquatch. It stopped at the edge of the forest, however, and let out a terrible scream. Then it just turned around and headed back into the woods. The next morning, the campers examined their campsite and the trail home. It was torn up, they said, “like someone had tilled it up for gardening”.

I still don't know what to think of Teena's sighting but I doubt is was a 'Sheep Squatch'...possibly a light-colored bear. I'm really at a loss for any other explanation.

Here is a link to another reference to this cryptid - West Virginia's Weird White Monsters: Sheep-Squatch...Lon 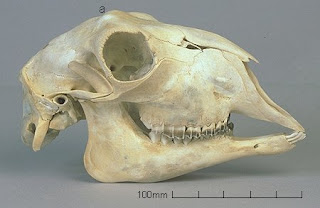