Testosterone Decline Due to Health Decline 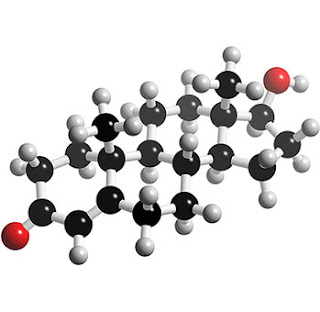 The good news, if we want to call it that, is that a decline in testosterone is a result and a marker of declining physical health.  So forget about the utility of taking supplements and instead focus on the restoration of your health.

Obviously it is a pretty good indicator of developing circulatory problems as has been obvious anyway.  Thus restoring circulatory health is a priority as is weight reduction and all those other problems challenging aging men.  At least this gives us clear guidance as to what needs to be prioritized.

I am having grteat success for the first time in removing unwanted body fat through the use of my diet program that I have named the ‘arclein diet’.  Google this blog for the system.  It is effectively a case of simply fasting on two separate days in each week.  This removes support for the excess weight and it slowly drifts away.

Newswise — A decline in testosterone levels as men grow older is likely the result—not the cause—of deteriorating general health, say Australian scientists, whose new study finds that age, in itself, has no effect on testosterone level in healthy older men.

The results, to be presented Tuesday at The Endocrine Society’s 93rd Annual Meeting in Boston, are the first findings released from the Healthy Man Study, according to principal investigator David Handelsman, MD, PhD, professor and director of the ANZAC Research Institute at the University of Sydney.

“Some researchers believe that an age-related testosterone deficiency contributes to the deteriorating health of older men and causes nonspecific symptoms, such as tiredness and loss of libido,” he said.

Handelsman and his team, however, found that serum (blood) testosterone levels did not decline with increasing age in older men who reported being in excellent health with no symptoms to complain of.

“We had originally expected age to have an effect on serum testosterone, so the findings were a bit of a surprise,” Handelsman said.

Two study centers in recruited 325 men over the age of 40 (median age, 60) who had self-reported excellent health and no symptom complaints. To test blood testosterone levels, the researchers took blood samples from the men nine times over three months. They excluded men from the study who took medications that affect testosterone.

“The modest decline in blood testosterone among older men, usually coupled with nonspecific symptoms, such as easy fatigue and low sexual desire, may be due to symptomatic disorders that accumulate during aging, including obesity and heart disease,” he said. “It does not appear to be a hormone deficiency state.”

The message for patients and their doctors, Handelsman said, is “older men with low testosterone levels do not need testosterone therapy unless they have diseases of their pituitary or testes.”

This research was supported by the MBF (Medical Benefits Fund) Foundation in , which is part of the private health insurer Bupa.
Posted by arclein at 12:01 AM