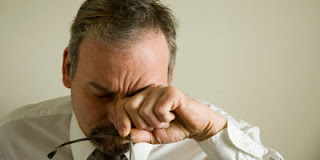 What is important to know is that two protocols exist able to both halt and reverse the condition of macular degeneration of the eyes.  This is important since conventional treatment does not make that claim and is also unreliable.  Facing blindness it is important to understand one’s options.

Nutritional therapies can be self administered and their progress self tracked.  Their success or failure can be easily observed by the patient one presumes.

Electro stimulation still needs a skilled practitioner to at least to properly instruct.  The methodology is becoming mainstream but is not been applied as a matter of course in obvious applications such as this where the problem is completely clear.  Again results are easily observed by a monitoring physician.

The good news is that you are not destined to blindness.

(NaturalNews) Most of mainstream medicine is convinced that Age-related Macular Degeneration (AMD) is irreversible once it begins. The consensus is that you are destined for blindness with AMD. However, recent developments have demonstrated that there are ways to reverse AMD by combining nutritional supplements with energetic protocols, such as acupuncture or micro-current therapies.


Most mainstream techniques for AMD are invasive, create other problems, and usually do not restore lost vision. Photocoagulation or photodynamic therapies (laser applications) are the least invasive. But at best they only stop AMD from progressing further.

There are various nutritional eye support "cocktails" that will stop or at least slow AMD's advance toward blindness if started early enough. These eye support cocktails contain high amounts of lutein and zeaxanthin with other supportive nutrients. (Source 1 below)

Dr. Paul Beaumont of the Macular Degeneration Foundation recommends avoiding processed oils and margarines. Cold pressed olive oil and saturated fats, such as butter and coconut oil, help protect the eyes from peroxidation, which steals electrons from the eyes' lipids. Lipids, or fats, are the primary substance of eye tissue.


These nutritional tips can stop early AMD from progressing further. Some testimonials say their early AMD was completely reversed. But nutritional treatments alone are unreliable for restoring lost vision.


A study in from 2003 to 2004 used traditional acupuncture to successfully restore some or all lost vision on 66% of ophthalmology diagnosed AMD cases. The highest percentage of improvement went to both close and distant vision, even to the point of discovering more lines on eyesight charts. Color discrimination improvement was not nearly as prevalent.


A technological application of acupuncture is micro-current stimulation (MCS) therapy. Extremely low currents are placed on acupuncture points near the eyes. This protocol can be done at home by oneself or with the aid of a family member if one is willing to invest in the apparatus. The machines are in the $800 range. (Source 2 below)


There are more and more medical practitioners from varying fields using this therapy on AMD patients. Each session is less than an hour. Technically, micro-current stimulation (MCS) is an enhanced adaptation of an FDA approved therapy used by surgeons and rehabilitation specialists to promote healing and pain relief. The phrase "useful for general pain relief" is allowed for now. Using it for macular degeneration reversal is considered "off label" use.


The extremely mild currents stimulate the nerves that in turn increase blood circulation and oxygenation. That's the western viewpoint. A more traditional Eastern explanation could be that Chi energy is stimulated, and Chi is the subtle energy that conducts physical life.


Either way, it works and works well for reversing macular degeneration and restoring lost vision. Some use equipment that allows choosing various frequencies to resonate with each area of distress. This is frequency specific micro-current (FSM) therapy, which should be applied by a health professional. (Source 3 below)


The wrong frequency could exacerbate negative conditions. Products for home use have less frequency options.


Dr. Edward Kondrot, ophthalmologist and homeopathic doctor, endorses FSM applications as an improvement over the older limited frequency machines. Dr. Kondrot also advises having a high level of zinc in your blood before undertaking micro-current therapies for maximum benefits. (Source 4 below)


It's good to know there are less expensive and harmful treatments that do reverse even advanced AMD to prevent blindness, a situation that was once considered impossible.


You are encouraged to look into the sources for more information:

(4) Healing the Eye (Dr. Edward Kondrot)
http://www.healingtheeye.com/microc...
About the author

Paul Fassa is dedicated to warning others about the current corruption of food and medicine and guiding others toward a direction for better health with no restrictions on health freedom. You can visit his blog at http://healthmaven.blogspot.com

Advanced Cell Technology is set to begin clinical trials on one dozen patients. These trials will determine whether or not human embryonic stem cells (hESC) are a safe way to treat macular degeneration. Advanced Cell Technology scientists aim to replace damaged retinal cells with new ones. Scientists have already tested the stem cells on laboratory rats. All of the rats that underwent treatment retained vision following retinal cell replacement surgery.

Hi, nice post. Well what can I say is that these is an interesting and very informative topic. Thanks for sharing your ideas, its not just entertaining but also gives your reader knowledge. Good blogs style too, Cheers!