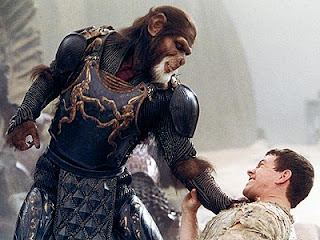 The bottom line is that these options are either now possible or are about to be possible.  The sheer exponential expansion of knowledge means are most eccentric ideas in biology are now within striking distance and someone somewhere is going to attempt to pursue direct biological innovation .

I personally suspect that the African cheetah is an example of this urge from mankind’s earlier emergence some 40,000 years ago.  I am sure some expert on DNA will quickly squash that idea but all the right ingredients are there.  The chromosome number equals the addition of the cat and dog numbers to start with.  Explain that without falling back on genetic engineering.  I would welcome informed comment on that.

The article reports that a serious attempt has now been made.  This obviously opens the door to other researchers who are quite happy to evade the objections.  in particular comes to mind because these experiments will provide us with a huge amount of useful information.

The reality is that the cat is out of the bag and this is a worthwhile stream of endeavor, possibly starting with lower orders.  In time we will learn how to predict outcomes.

And again it is quite plausible that successful experiments were conducted 40,000 years ago and a range of such creatures actually exist already.
`


by Mike Adams, the Health Ranger

(NaturalNews) One hundred and fifty animal-human hybrid embryos have been produced by mad scientists in the -- with full government approval -- under the 2008 Human Fertilisation Embryology Act. The UK's Daily Mail newspaper is reporting that a committee of scientists recently blew the whistle on the operation and expressed alarm over the possibility of the experiments going "too far" and resulting in a real Planet of the Apes scenario, where animals escape from the lab and begin reproducing in the wild.


Sound like science fiction? It's actually just an extension of science fact: human-animal hybrids have been produced by these scientists for the last three years. Among the monstrosities they created were animal eggs fertilized with human sperm, and cybrids-- animal cells that are injected with human cell nuclei. They also created chimeras, a mixture of human cells and animal cells, much like what happened in the sci-fi Planet of the Apes depiction of science gone wrong.


It has not yet been revealed which animals were used in the chimera and cybrids, but it's almost certain that they were mammals. Furthermore, the closer the genetic code of the animals to humans, the more likely the embryos would be viable, so it seems likely that these mad scientists would have been using eggs from monkeys or apes combined with humans. Planet of the Apes suddenly doesn't seem so far-fetched, does it?


None of these embryos were allowed to grow into fetuses, by the way. Current law requires them to be destroyed after 14 days. But that's only the law. Who knows what kind of mad science is being conducted in the basement of corporate laboratories, away from the view of regulators and well outside the bounds of the law. For all we know, there could be a lab of half-apes living in laboratory cages right now, being studied in the name of "science" while plotting their own escape. Numerous animals around the world, by the way, have recently gained awareness and actively escaped their captors (http://www.naturalnews.com/032909_z...).

Creating yet more monstrosities in the name of science

Three laboratories in the were granted government licenses to play God with these human-animal embryos: King’s College , and . But what was the point of all this monkeying around with cross-species embryos?

The scientists claim it was to developing embronic stem cells that would be used to "treat incurable diseases." Yeah, right. What they really mean is that they would raise a secret lab full of half-human apes imprisoned in cages, then HARVEST their cells and sell them off to pharmaceutical companies which turn around and offer them to patients at a hundred thousand dollars per treatment. As usual, it's just another way to exploit living organisms (and put animals through medical hell) in order to make a buck.

Many people don't know it, but even today, entire rooms full of primates in cages are used to grow viral material that's harvested from their organs and blended with toxic chemicals to make vaccines. (http://www.naturalnews.tv/v.asp?v=4...) The vaccine industry won't reveal this dirty little secret, of course, because it's all utterly inhumane (and downright gross). But now the mad scientists are playing around with half human embryos that could theoretically be used to grow ape men which are half ape and half human.

That the  "scientific" community is dabbling in such dark arts is, of course, shocking to many people. Although you might expect such activities to be taking place in nations like or , where the black market harvesting of human organs is an everyday event, few people expect scientists to engage in such "" types of scientific treachery. But that's only because those people don't know what scientists are really capable of (or scientists, for that matter).


Throughout the scientific community, ethical boundaries have been obliterated in the quest for profits. As long as there's money on the table, it seems, no violation of nature, God or just plain common sense will stand in the way of a group of (government-sanctioned!) mad scientists trying to feed their maniacal egos.


As another striking example, Dr. Jonas Salk, the famous developer of the polio vaccine, was actually a medical criminal who conducted illegal medical experiments on mental patientswithout their consent (http://www.naturalnews.com/031564_J...). NaturalNews has documented a partial history of "scientific" medical experiments on human beings that shows the shocking depths of this horrifying branch of so-called "science." See the list yourself at

What's clear is that medical "science" respects no ethical boundaries and routinely tries to play God with genes, seeds and medicines in order to make more money -- all while putting the entire planet at risk from a runaway organism that escapes from the labs.

What if they manage to grow a race of half human / half ape creatures with an IQ of 180 who outsmart the scientists, escape their confines and give rise to a new species that enslaves the human race by injecting them with mind-altering drugs? Wait a sec... the drug companies have already done that, haven't they? Maybe we ARE the lab experiment...

Sources for this story include:

http://www.naturalnews.com/033100_human-animal_hybrids_Planet_of_the_Apes.html#ixzz1SyF3ottG
Posted by arclein at 12:01 AM

Dear friend and reader... if you don't think this has already happened, (mutants escaping)please go to any site referencing "plum island" off the coast of connecticut and enjoy what you find. These "things" that have escaped are simply amazing, and the locals "do not go out in the night".

If you are looking for crafted basement to create a usable space under your property, either you have space or not then contact to Central London Basements.