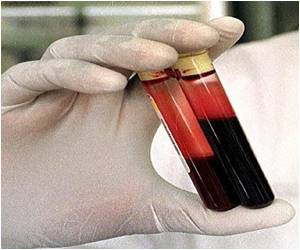 This is a new experimental protocol that will be certainly applied to other variations on the same problem.  It allows us to see the effect of a test protein in real time which is a rather uncommon occurrence I am sure.

It also shows just how much progress we have made on dealing with this topic.

If we could learn to simply suppress the aggressive phase of cancer, we can turn most cancers into chronic conditions in which a portion of a large tumor is merely removed every few years as often happens with other annoying growths.  It is not a cure but it certainly preserves the life of the patient.

When cancers become aggressive and spread they are the most deadly. Unfortunately, little is known about how to stop this development. A new imaging platform developed by Lawson Health Research Institute's Drs. Ann Chambers and John Lewis is providing insight into just that -- the exact moment when cancer cells turn deadly.

Certain proteins, such as E-cadherin, are important for the maintenance of normal tissue structure. When tumors become more aggressive, they often lose E-cadherin, resulting in dramatic changes to their structure, function and ability to spread. But when cancer cells are forced to express E-cadherin, research suggests they behave less aggressively and revert back to normal. Unfortunately, limitations in our ability to directly monitor these effects have made it difficult for scientists to assess the full impact.

In a new study in PLoS ONE, Drs. Chambers and Lewis reveal a new imaging platform that can modulate and monitor how the effects of a particular protein can affect the entire tumor in real-time. The approach uses a shell-less chick embryo model implanted with human cancer cells. "This accessible set-up allows us to introduce E-cadherin directly into the tumor environment, where it has immediate and dramatic effects," says Dr. Hon Leong, the lead author of this study. "Using 3D time-lapse imaging, the impact of this protein can be visualized and the subsequent effects on cancer cell structure, function and aggressiveness can be monitored in real time for up to 48 hours."

Drs. Chambers and Lewis hope this approach will allow scientists to determine how proteins like E-cadherin can exert their tumor-suppressive properties on the deadly spread of cancer. Through further research, they believe their approach could provide valuable information to help moderate aggressive cancers and improve patient outcomes.
"The insights afforded by this technology will help scientists revisit other proteins thought to be important in metastatic spread, but whose modes of action are not understood, and to watch how they actually function in real-time," says Dr. Chambers.

"Although genomics technology has revealed many new proteins that could force cancers to 'switch' back to their less aggressive state, these new targets have not yet been validated in preclinical models like mice because it is difficult to determine the molecular effects on each individual cancer cell," Dr. Lewis says. "This novel platform allows us to produce compelling photographic evidence of how these anti-cancer proteins work and gain insight into their mechanisms."