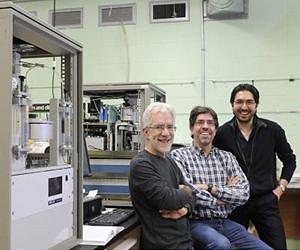 Here we learn that the massive extinction of the late Permian caused by the Siberian Traps was driven not just by the massive influx of CO2, but even more significantly, by a poisoning of the ocean with mercury compounds.  Since huge amounts of volcaqnic ash would have filled the atmosphere, it seems likely that the mercury could well have worked its w3ay into all the available living soils.

Careful geological work could assist in tracking the effect and discovering just how damaging it actually was on land in particular.  Sea bed disposition will be cycled over a fair part of the stratigraphy, while land deposition will sometimes provide traps.  Then again, mercury compounds are heavy and generally migrate downward thanks to erosion.

This item in fact suggests that the mercury may actually have been decisive.  That opens the question regarding the decisiveness of CO2 toxicity.

Scientists have uncovered a lot about the Earth's greatest extinction event that took place 250 million years ago when rapid climate change wiped out nearly all marine species and a majority of those on land. Now, they have discovered a new culprit likely involved in the annihilation: an influx of mercury into the eco-system.

"No one had ever looked to see if mercury was a potential culprit. This was a time of the greatest volcanic activity in Earth's history and we know today that the largest source of mercury comes from volcanic eruptions," says Dr. Steve Grasby, co-author of a paper published this month in the journal Geology.

"We estimate that the mercury released then could have been up to 30 times greater than today's volcanic activity, making the event truly catastrophic." Grasby is a research scientist at Natural Resources and an adjunct professor at the .

Dr. Benoit Beauchamp, professor of geology at the University of Calgary, says this study is significant because it's the first time mercury has been linked to the cause of the massive extinction that took place during the end of the Permian.

"Geologists, including myself should be taking notes and taking another look at the other five big extinction events," says Beauchamp, also a co-author.

During the late Permian, the natural buffering system in the ocean became overloaded with mercury contributing to the loss of 95 per cent of life in the sea.

"Typically, algae acts like a scavenger and buries the mercury in the sediment, mitigating the effect in the oceans," says lead-author Dr. Hamed Sanei, research scientist at Natural Resources Canada and adjunct professor at the University of Calgary. "But in this case, the load was just so huge that it could not stop the damage."

About 250 million years ago, a time long before dinosaurs ruled and when all land formed one big continent, the majority of life in the ocean and on land was wiped out. The generally accepted idea is that volcanic eruptions burned though coal beds, releasing CO2 and other deadly toxins. Direct proof of this theory was outlined in a paper that was published by these same authors last January in Nature Geoscience.

The mercury deposition rates could have been significantly higher in the late Permian when compared with today's human-caused emissions. In some cases, levels of mercury in the late Permian ocean was similar to what is found near highly contaminated ponds near smelters, where the aquatic system is severely damaged, say researchers.

"We are adding to the levels through industrial emissions. This is a warning for us here on Earth today," adds Beauchamp. has taken a lead role in reducing emissions internationally. In , at least, there has been a steady decline through regulations controlling mercury.

No matter what happens, this study shows life's tenacity. "The story is one of recovery as well. After the system was overloaded and most of life was destroyed, the oceans were still able to self clean and we were able to move on to the next phase of life," says Sanei.
Posted by arclein at 12:01 AM