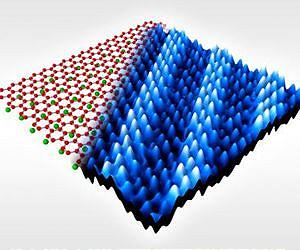 It appears our knowledge of superconductance is reaching the point of been almost able to engineer them.  This article has a good explanation of theory and is worth the effort to understand it.

I would really like to see related work underway with graphene acting as an important constituent.  I suspect as our knowledge is perfected it will be possible to emulate all effects with carbon atoms.

In the meantime super conductance is now experimented at with temperatures near room temperature.  Plenty of progress can be expected.

Materials at the border of magnetism and superconductivity - including heavy-fermion metals and high-temperature superconductors - are the prototype systems for quantum critical points.

New evidence this week supports a theory developed five years ago at to explain the electrical properties of several classes of materials - including unconventional superconductors - that have long vexed physicists.

The findings in Nature Materials uphold a theory first offered in 2006 by physicist Qimiao Si, Rice's Harry C. and Olga K. Wiess Professor of Physics and Astronomy. They represent an important step toward the ultimate goal of creating a unified theoretical description of the quantum behavior of high-temperature superconductors and related materials.

"We now have a materials-based global phase diagram for heavy-fermion systems - a kind of road map that helps relate the predicted behavior of several different classes of materials," Si said. "This is an important step on the road to a unified theory."

High-temperature superconductivity is one of the greatest unsolved mysteries of modern physics. In the mid-1980s, experimental physicists discovered several compounds that could conduct electricity with zero resistance. The effect happens only when the materials are very cold, but still far above the temperatures required for the conventional superconductors that were discovered and explained earlier in the 20th century.

In searching for a way to explain high-temperature superconductivity, physicists discovered that the phenomenon was one of a larger family of behaviors called "correlated electron effects."

In correlated electron processes, the electrons in a superconductor behave in lockstep, as if they were a single entity rather than a large collection of individuals. These processes bring about tipping points called "quantum critical points" at which materials change phases. These phase changes are similar to thermodynamic phase changes that occur when ice melts or water boils, except they are governed by quantum mechanics.

Materials at the border of magnetism and superconductivity - including heavy-fermion metals and high-temperature superconductors - are the prototype systems for quantum critical points.

In 2001, Si and colleagues proposed what has now become the dominant theory to explain correlated electron effects in heavy-fermion systems. Their "local quantum critical" theory concluded that both magnetism and charged electron excitations play a role in bringing about quantum critical points.

Experiments over the past decade have provided overwhelming evidence for the role of both effects. In addition, experiments have shown that quantum critical points fall into different classes for different types of materials, including several nonsuperconductors.

"In light of the experimental evidence, an important question arose as to whether a unifying principle might exist that could explain the behavior of all the classes of quantum critical points that had been observed in heavy-fermion materials," Si said.

In 2006, Si put forward a new theory aimed at doing just that. Experiments two years ago confirmed that the theoretical global phase diagram could explain the quantum critical behavior of YRS - composites of ytterbium, rhodium and silicon that are among the most-studied quantum critical materials.

In the new Nature Materials paper, a group led by experimental physicist Silke Paschen of of Technology in examined a new material made of cerium, palladium and silicon (CPS). Both YRS and CPS are heavy-fermion compounds; however, YRS is a composite of stacked two-dimensional layers, and CPS has a three-dimensional crystalline structure.

To explain the difference between the observations in CPS and YRS, Si and co-author Rong Yu, a Rice postdoctoral researcher, invoked the effect of dimensionality.

"Our study not only highlights a rich variety of quantum critical points but also indicates an underlying universality," he said.

Si said it is important to test the theory's ability to correctly predict the behavior of even more materials, and his group is working with Paschen and other experimentalists via the International Collaborative Center on Quantum Matter to carry out those tests.
Posted by arclein at 12:01 AM