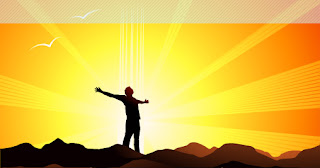 Statistical analysis on a large population finds, as expected, a correlation between present low vitamin D levels and current symptoms of depression.  I suspect that some folks are also way more sensitive than usual, but that idea is not shown.

It is wintertime and taking the supplements is rather sensible.  In fact the lack of sun exposure for most of us means we need to all be on them.  I personally take 2000 IU  every day.  Too much is no risk.

As this article reports a wide range of chronic conditions appear affected by low vitamin D and this alone makes supplementation a wise choice even if you are fortunate and are not affected by depression.  It is one of those wide spectrum nutrients that the body needs plenty of as is vitamin C,  that we are simply not getting sufficient of.

DALLAS – Jan. 5, 2012 – Low levels of vitamin D have been linked to depression, according to UT Southwestern Medical Center psychiatrists working with the Cooper Center Longitudinal Study. It is believed to be the largest such investigation ever undertaken.

Low levels of vitamin D already are associated with a cavalcade of health woes from cardiovascular diseases to neurological ailments. This new study – published in Mayo Clinic Proceedings – helps clarify a debate that erupted after smaller studies produced conflicting results about the relationship between vitamin D and depression. Major depressive disorder affects nearly one in 10 adults in the U.S.

“Our findings suggest that screening for vitamin D levels in depressed patients – and perhaps screening for depression in people with low vitamin D levels – might be useful,” said Dr. E. Sherwood Brown, professor of psychiatry and senior author of the study, done in conjunction with The Cooper Institute in . “But we don’t have enough information yet to recommend going out and taking supplements.”

The scientists have not determined the exact relationship – whether low vitamin D contributes to symptoms of depression, whether depression itself contributes to lower vitamin D levels, or chemically how that happens. But vitamin D may affect neurotransmitters, inflammatory markers and other factors, which could help explain the relationship with depression, said Dr. Brown, who leads the psychoneuroendocrine research program at UT Southwestern.

Investigators used information gathered by the institute, which has 40 years of data on runners and other fit volunteers. UT Southwestern has a partnership with the institute, a preventive medicine research and educational nonprofit located at the Cooper Aerobics Center, to develop a joint scientific medical research program aimed at improving health and preventing a wide range of chronic diseases. The institute maintains one of the world’s most extensive databases – known as the Cooper Center Longitudinal Study – that includes detailed information from more than 250,000 clinic visits that has been collected since Dr. Kenneth Cooper founded the institute and clinic in 1970.

Visit http://www.utsouthwestern.org/mentalhealth to learn more about clinical services in psychiatry at UT Southwestern.
Posted by arclein at 12:01 AM