One Third Fuel Consumption For Friction 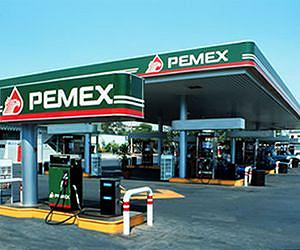 What this all means, and it is very well detailed, is that only one dollar out of five actually goes to moving the car.  Considering that the car also weighs around ten times the weight of the load, one could just as easily say that a mere ten cents out of the original five dollars actually moves the individual. Getting rid of this wastage is difficult with the present protocols but the advent of electrics will slash deep into the cost structure.

I expect to see a small vehicle pull up to my doorstep to take me directly to my destination inside of this decade.  These vehicles will be an utility and need merely to be requested for the best available option to appear.  The target weight will be well under a thousand pounds and it will be completely computer operated.  Because all available vehicles are on call 24/7 there will always be a flood of self aware robotic cars nearby.  Cars will no longer by hanger queens although no owner will be able to dump material in the car as a defacto storage bin.

In the meantime there are and will continue to be plenty of internal combustion systems in place and cutting friction in half is valuable.

One-third of car fuel consumption is due to friction loss

In 2009, a total of 208,000 million litres of fuel was burned in cars worldwide just to overcome friction.

However, new technology can reduce friction by anything from 10% to 80% in various components of a car, according to a joint study by VTT Technical Research Centre of and Argonne National Laboratory (ANL) in . It should thus be possible to reduce car's fuel consumption and emissions by 18% within the next 5 to 10 years and up to 61% within 15 to 25 years.

There are 612 million cars in the world today. The average car clocks up about 13,000 km per year, and in the meantime burns 340 litres of fuel just to overcome friction, costing the driver EUR 510 per year.

Of the energy output of fuel in a car engine, 33% is spent in exhaust, 29% in cooling and 38% in mechanical energy, of which friction losses account for 33% and air resistance for 5%. By comparison, an electric car has only half the friction loss of that of a car with a conventional internal combustion engine.

Annual friction loss in an average car worldwide amounts to 11,860 MJ: of this, 35% is spent in overcoming rolling resistance in the wheels, 35% in the engine itself, 15% in the gearbox and 15% in braking. With current technology, only 21.5% of the energy output of the fuel is used to actually move the car; the rest is wasted.

A recent VTT and ANL study shows that friction in cars can be reduced with new technologies such as new surface coatings, surface textures, lubricant additives, low-viscosity lubricants, ionic liquids and low-friction tyres inflated to pressures higher than normal.

Friction can be reduced by 10% to 50% using new surface technologies such as diamond-like carbon materials and nanocomposites. Laser texturing can be employed to etch a microtopography on the surface of the material to guide the lubricant flow and internal pressures so as to reduce friction by 25% to 50% and fuel consumption by 4%. Ionic liquids are made up of electrically charged molecules that repel one another, enabling a further 25% to 50% reduction in friction.

In 2009, a total of 208,000 million litres of fuel was burned in cars worldwide just to overcome friction; this amounts to 7.3 million TJ (terajoules) of energy.

Realistically, though, over a period of 5 to 10 years of enhanced action and product development measures could be expected to enable savings of 117,000 million litres in fuel consumption per year, representing an 18% reduction from the present level. Furthermore, in realistic terms, carbon dioxide emissions could be expected to decrease by 290 million tonnes per year and financial savings to amount to EUR 174,000 million per year in the short term.

Friction losses were accounted for in the subsystems of a car - tyres, engine, gearbox, brakes - and also in its components, such as gears, bearings, gaskets and pistons. The friction losses caused at friction points and lubrication points were also considered.

The study was conducted at the Metal Products and Mechanical Engineering strategic competence cluster in the DEMAPP programme, co-ordinated by FIMECC Oy, where practical solutions for minimising friction loss are also being developed. The study was funded by the Finnish Funding Agency for Technology and Innovation (Tekes), VTT and FIMECC Oy, and the Argonne National Laboratory, Department of Energy ().

The recent research report on friction loss in cars and the potential for reducing energy consumption and carbon dioxide emissions was published in the Tribology International scientific journal. The article can be accessed here.

I loved as much as you will receive carried out right here. The sketch is tasteful, your authored subject matter stylish. nonetheless, you command get bought an impatience over that you wish be delivering the following. unwell unquestionably come more formerly again as exactly the same nearly very often inside case you shield this increase.
Vita Vibe Ballet Barre - DBNB5 5ft Portable Double Bar w/Bag - Freestanding Stretch/Dance Bar - Vita Vibe - USA Made