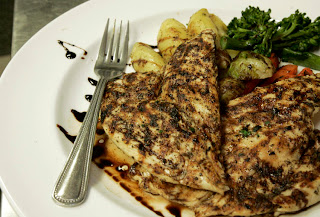 Weight control is a massive human health issue that needs to be successfully addressed.  My own success during the past year involves a version of the diet discussed below.  In my case, I effectively eliminated two separate days of eating.  It turns out if one awakes and does not trigger the small intestine it will be happy to stay asleep.  I do this on Tuesday and Thursday and sometime Sunday.  My body decided to give up over a whole year around forty to forty five pounds that it was supporting.

Recall that I am taking advantage of the fact that every day we feel satiated only if we eat 125% of our actual needs.  In my case and I am a sixty three year old man who was carrying a weight level of around 230 pounds on a frame that optimally should pack around 185 pounds which I never achieved even when I ran six miles every second day.  I concluded that satiation forced my body to carry a preferred weight level of 230 which was very reasonable in terms of my experience.

Upon integrating this change into my regimen and that means not breaking my fast until no earlier that mid evening of the fast day which is about 24 hours since my last mouthful, I discovered no stress whatsoever on fast day and an expectation to enjoy my food otherwise.  I have tested my share of regimes and this is simple and natural to sustain.  The result to date is to see my weight drop below 200 pounds and it is presently shifting toward ridding me of the last ten to twenty pounds of unneeded fat.

Anyone using this diet approach is expected to be a knowledge individual who already knows to restrict carbs and garbage in their diet.  Hopefully they have gone through a commercial program that at least taught them how to eat properly in the first place.

I am informed that this approach is common in as well.  In the final analysis, eliminating two days of food consumption means that you will receive enough food to properly support your body weight at its weight best level.  Like everyone, I would love to lose the last ten and love to add the next ten in muscle.  Unfortunately, that is a different problem altogether that most folks want to solve and it is not really about eating too much.

(NaturalNews) A new study coming from a team of scientists at the , in reveals that intermittent, low-carb diets are more efficient in reducing weight and insulin blood levels than regular diets. High levels of insulin are directly linked to the risk of developing cancer and other diseases. The results were presented at the Breast Cancer Symposium, which was held December 6-10, 2011.


The researchers explained that reducing carbohydrate intake for two days per week will produce better long term health results than reducing carbohydrate intake for every day of the week. Research dietitian Michelle Harvie, who presented the science team's findings at the Breast Cancer Symposium, said that "weight loss and reduced insulin levels are required for breast cancer prevention, but (these levels) are difficult to achieve and maintain with conventional dietary approaches".


Intermittent fasting has previously been shown to have possible beneficial effects on both animal and human health, although there is currently no scientific consensus with regards to the extent of these effects. Research on the benefits of intermittent calorie restriction can be traced back to the 1940s, when scientists at the noted that rats subjected to intermittent fasting appeared to live longer than other rats.


In their 2011 study, Harvie and her team used a sample of 115 women who had some family history of breast cancer, over a four-month trial period. For research purposes, each participant was randomly assigned with one of three types of diets: a standard calorie-restrictive Mediterranean diet for 7 days per week, a low-carbohydrate diet for two days per week, or an "ad lib" calorie restrictive diet which allowed the women to eat as many proteins and healthy fats as they wanted (in the form of lean meat, nuts and olives), for two days per week.


The study results showed that the two intermittent, low-carbohydrate diets were superior to the calorie-restrictive Mediterranean diet in reducing overall weight, body fat and insulin resistance. The calorie-restrictive and "ad lib" low-carbohydrate diets scored an average of about 4 kilograms (9 pounds) in total body fat loss, as opposed to only 2.4 kilograms (5 pounds) for the standard Mediterranean diet.


While the science team believes that further investigation is necessary to determine the exact relation between intermittent diets and overall body health, Dr. Harvie and her colleagues are planning to look at the relationship between carbohydrate intake and breast cancer in their future studies.

Raw Michelle is a natural health blogger and researcher, sharing her passions with others, using the Internet as her medium. She discusses topics in a straight forward way in hopes to help people from all walks of life achieve optimal health and well-being. She has authored and published hundreds of articles on topics such as the raw food diet and green living in general. In 2010, Michelle created RawFoodHealthWatch.com, to share with people her approach to the raw food diet and detoxification.

http://www.naturalnews.com/034655_intermittent_fasting_low-carb_diet.html#ixzz1jbVrfzBT
Posted by arclein at 12:01 AM