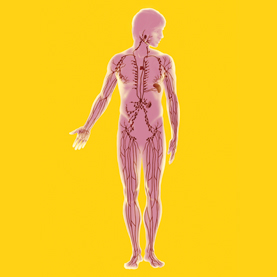 The real take home here is that it is possible to train your immune system to support specific therapies.  If you ever wondered why shamans got things to work for them, this is also a pretty good clue.   Maybe the new protocol for applying immune suppression should consist of the doctor dancing around with rattles after explaining that this will work.

The brain does to some extent mange the immune system and it is thus possible to influence that process.  This is good news and it also demands that practitioners do take expectations into account when they apply a method.  I may also hugely explain the whole placebo effect itself.  Quite simply if taking a pill provides you with the expectation of improvement, then the immune system kicks in support of the protocol.

The brain can be taught to suppress the body's immune system

More than 100 years ago Ivan Pavlov famously observed that a dog salivated not only when fed but also on hearing a stimulus it associated with food. Since then, scientists have discovered many other seemingly autonomous processes that can be trained with sensory stimuli—including, most recently, our immune system.

Researchers have long been able to train an animal’s immune system to respond to a nonpathogen stimulus. Pavlov’s students even did so in the early 20th century, but the famous dogs overshadowed their work. Then, in the 1970s, researchers trained rats and mice to associate a taste, such as sugar water, with an immunosuppressive drug. They found that after repeated conditioning, ingest­-ing the sugar water alone could tamp down the animals’ immune response.

In 2002 a small study showed that the effect could be replicated in humans—at least on a onetime basis. By then, this training had already been used to prolong the survival of rats with heart transplants and slow the progression of lupus, arthritis and other autoimmune disorders in lab animals. But could human immune systems be trained to mimic a drug again and again?

“If it can be done only once, that’s a very nice phenom­enon for understanding the relation between the brain and the immune system,” says Manfred Schedlowski, a medical psychologist at the University of Duisberg-Essen in and a co-author of the 2002 paper. “But that’s clinically useless.” Last year Schedlowski published a study in the journal Brain, Behavior, and Immunity that aimed to find out whether the trained immunosuppressive response in humans could be sustained.

Thirty-two subjects were fed a green-colored, lavender-scented strawberry milk—an odd concoction designed to taste unique. For three days in a row, about half the subjects took an immunosuppressive drug along with the drink, whereas the other half took a placebo pill. After five days and then again another 11 days later, all the participants received a placebo pill along with the strawberry milk. Both times the immune systems of the experimental group were significantly inhibited after drinking the milk—as shown by levels of immunoresponsive molecules in their blood—whereas the control group was practically unchanged.

The study showed for the first time that learned immunosuppression can be recalled more than once in human subjects—encouraging news for patients on immuno­suppressive regimens who must deal with the dangerous long-term side effects, such as high blood pressure and kidney failure. Although the researchers still need to figure out how to strengthen the conditioned effect and determine how long it will last, they hope one day to significantly reduce dosages of these drugs—and supplant them with harmless green milk and placebos.