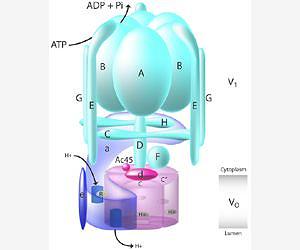 This nicely outlines how it is possible for molecular complexity to arise in an evolutionary environment.  Read it slowly as it is important.  The whole process turns out to be easy and inevitable.  It allows a range of altered proteins to be on standby should they be needed.  It also informs us that life is hugely over engineered with an excess of viable options should they prove useful.

It is also the molecular underpinning for evolutionary intelligence itself.  It is clear that cells themselves are able to respond to a changing environment by making decisions that change its nature and is most dramatically expressed with slime molds that imitate flowers.

The carry on into higher forms of life is vastly more difficult, but the same driver is at work.  The organism recognizes an attractive ecological niche and then proceeds to swiftly adapt its offspring to that niche.  It already has the capacity to make appropriate changes at the cellular level and appropriate changes ensue in the offspring that enhance the ability to exploit that new niche.

The controversy over whether the direction is affected by subconscious decisions of the organism or is simply caused by superior survival will remain, however, recall the improved options need to be presented before they are encouraged and exploited. There I return to the unusual knee callus on a camel that the creature is born with.

Random mutation is nonsense there and it has always been nonsense except in the framework just described in this article.  This article actual eliminates the random problem and provides a palette of choice to the organism to respond to a changing environment.

File image: V-ATPase proton pump. One of the pump's major components is a ring that transports hydrogen ions across membranes. In most species, the ring is made up of a total of six copies of two different proteins, but in fungi a third type of protein has been incorporated into the complex. To understand how the ring increased in complexity, and his colleagues "resurrected" the ancestral versions of the ring proteins just before and just after the third subunit was incorporated.

Much of what living cells do is carried out by "molecular machines" - physical complexes of specialized proteins working together to carry out some biological function. How the minute steps of evolution produced these constructions has long puzzled scientists, and provided a favorite target for creationists.

In a study published early online in Nature, a team of scientists from the University of Chicago and the University of Oregon demonstrate how just a few small, high-probability mutations increased the complexity of a molecular machine more than 800 million years ago.

By biochemically resurrecting ancient genes and testing their functions in modern organisms, the researchers showed that a new component was incorporated into the machine due to selective losses of function rather than the sudden appearance of new capabilities.

"Our strategy was to use 'molecular time travel' to reconstruct and experimentally characterize all the proteins in this molecular machine just before and after it increased in complexity," said the study's senior author Joe Thornton, PhD, professor of human genetics and evolution and ecology at the University of Chicago, professor of biology at the University of Oregon, and an Early Career Scientist of the Howard Hughes Medical Institute.

"By reconstructing the machine's components as they existed in the deep past," said, "we were able to establish exactly how each protein's function changed over time and identify the specific genetic mutations that caused the machine to become more elaborate."

The study - a collaboration of Thornton's molecular evolution laboratory with the biochemistry research group of the UO's Tom Stevens, professor of chemistry and member of the Institute of Molecular Biology - focused on a molecular complex called the V-ATPase proton pump, which helps maintain the proper acidity of compartments within the cell.

One of the pump's major components is a ring that transports hydrogen ions across membranes. In most species, the ring is made up of a total of six copies of two different proteins, but in fungi a third type of protein has been incorporated into the complex.

To understand how the ring increased in complexity, and his colleagues "resurrected" the ancestral versions of the ring proteins just before and just after the third subunit was incorporated.

To do this, the researchers used a large cluster of computers to analyze the gene sequences of 139 modern-day ring proteins, tracing evolution backwards through time along the Tree of Life to identify the most likely ancestral sequences. They then used biochemical methods to synthesize those ancient genes and express them in modern yeast cells.

's research group has helped to pioneer this molecular time-travel approach for single genes; this is the first time it has been applied to all the components in a molecular machine.

The group found that the third component of the ring in Fungi originated when a gene coding for one of the subunits of the older two-protein ring was duplicated, and the daughter genes then diverged on their own evolutionary paths.

The pre-duplication ancestor turned out to be more versatile than either of its descendants: expressing the ancestral gene rescued modern yeast that otherwise failed to grow because either or both of the descendant ring protein genes had been deleted.

In contrast, each resurrected gene from after the duplication could only compensate for the loss of a single ring protein gene.

The researchers concluded that the functions of the ancestral protein were partitioned among the duplicate copies, and the increase in complexity was due to complementary loss of ancestral functions rather than gaining new ones.

By cleverly engineering a set of ancestral proteins fused to each other in specific orientations, the group showed that the duplicated proteins lost their capacity to interact with some of the other ring proteins.

Whereas the pre-duplication ancestor could occupy five of the six possible positions within the ring, each duplicate gene lost the capacity to fill some of the slots occupied by the other, so both became obligate components for the complex to assemble and function.

"It's counterintuitive but simple: complexity increased because protein functions were lost, not gained," said. "Just as in society, complexity increases when individuals and institutions forget how to be generalists and come to depend on specialists with increasingly narrow capacities."

The research team's last goal was to identify the specific genetic mutations that caused the post-duplication descendants to functionally degenerate.

By reintroducing historical mutations that occurred after the duplication into the ancestral protein, they found that it took only a single mutation from each of the two lineages to destroy the same specific functions and trigger the requirement for a three-protein ring.

"The mechanisms for this increase in complexity are incredibly simple, common occurrences," said.

"Gene duplications happen frequently in cells, and it's easy for errors in copying to DNA to knock out a protein's ability to interact with certain partners. It's not as if evolution needed to happen upon some special combination of 100 mutations that created some complicated new function."

Thornton proposes that the accumulation of simple, degenerative changes over long periods of times could have created many of the complex molecular machines present in organisms today.

Such a mechanism argues against the intelligent design concept of "irreducible complexity," the claim that molecular machines are too complicated to have formed stepwise through evolution.

"I expect that when more studies like this are done, a similar dynamic will be observed for the evolution of many molecular complexes," said.

"These really aren't like precision-engineered machines at all," he added. "They're groups of molecules that happen to stick to each other, cobbled together during evolution by tinkering, degradation, and good luck, and preserved because they helped our ancestors to survive."

The paper, "Evolution of increased complexity in a molecular machine," appears in the January 18, 2012, issue of Nature [doi: 10.1038/nature10724]. The work was a collaboration of 's molecular evolution lab with the research group of Tom Stevens, a yeast geneticist at the . Other authors include Gregory C. Finnigan and Victor Hanson-Smith, of the .

University of Chicago Medical Center
Darwin Today At TerraDaily.com
Posted by arclein at 12:01 AM