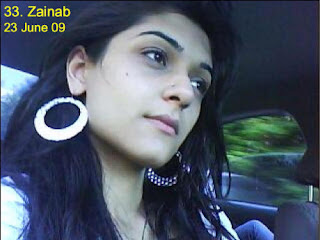 I am pleased that this story is getting international attention and also that our judiciary and justice system continues to get this right.  Barbarism belongs in the past and there is no valid religious argument for barbarism ever and attempts to do so are just that and unworthy of any person who desires to be part of a civilized community.

That a movement exists throughout the Muslim world glorifying barbarism and even promoting it is unsurprising to anyone who is schooled in the emergence of Nazism.  Islam was founded as a revealed religion with civilizing tendencies that was subverted by the prophet himself in his own lifetime to mobilize the masses.  That subversion has fed a doctrine of jihad ever since and has winked at tribal barbarism.

We need to recall that the Christian church confronted the barbaric and antique empire of and mastered without ever subverting itself.  It continued to do so to the European tribes.  It took a full one thousand years to triumph.  Islam took the easier road of simply harnessing the barbarism to the natural tendency of jihad.  It has never been able to leap from that horse.

What it gave us was a barbaric overlay on the civilizations it conquered.  To this day urban Islam is stifled.  The proof is there in this type of event were honor becomes a heinous crime.

A belief among some Muslims that women are chattel is blamed for the murder of 3 girls and a woman by a Muslim man over his offended 'honor.'

Following a guilty verdict in in a first-degree murder case, the Muslim community of reacted with apparent approval.  Imam Sikander Hashmi of the Islamic Society of , of the city where the case unfolded, said "The jurors and the court have done their job. Our job as community leaders and members of society is that we have to be very clear about our position on domestic violence and such crimes."  The Muslim religious leader added, "We need to speak very strongly, and we need to take concrete action."

It was on Sunday, January 29, that a , Ont., court handed down a guilty verdict in what has been called an ‘honor killing.’  A jury found a couple and their son guilty of first-degree murder in the deaths of four family members.

Mohammad Shafia(59), his wife Tooba Yahya (42) and their son Hamed (21), were each handed an automatic life sentence with no chance of parole for 25 years. The trio was accused of drowning Hamed's three teenage sisters and his father's first wife in a polygamous marriage, in what prosecutors described as an attempt to restore the family's honor. The three girls were named Zainab, Sahar and Geeti Shafia, whileShafia’s first wife was Rona Amir Mohammad.

Nonetheless, some Muslim leaders sought to characterize the murders as the product of a domestic violence rather than honor killings. Imam Hashmi said the verdict in the three-month trial has been met with "relief" and "a lot of sadness" amongst members of the Canadian Muslim community. "It was just so tragic in so many ways," he told CBC News from , Ont. "So I think now there's probably some relief that this is finally over and hopefully we can move on."  Hashmi also said that Muslim leaders will speak out against domestic violence, while noting the community’s sadness over the remaining Shafia children who are now bereft of parents.

Samira Kanji, president of the Noor Cultural Centre in Toronto, warned against "focusing unduly" on offended  honor as the motive for the slaying of the four women and girls, saying that "honor or not, it's a murder and it's going to be treated as murder" by the courts. She claimed that the slayings are a breach of Islamic ethics, while she criticized the judge presiding in the case for having said that the verdict is a clear transmission of "Canadian values." She said, "I don't think the value of life is uniquely Canadian or uniquely Western — I think it's a universal value." Kanji said. "To that extent, his putting it in those terms was problematic."

In December, more than a month after the Shafia trial had begun, Islamic religious leaders denounced honour killings in Canadian mosques. Syed Soharwardy, an imam who founded the Islamic Supreme Council of Canada, said that "honor killings" are explicitly condemned in the Qur'an, but claimed that such prohibitions do not take root in remote regions of those countries now under Islam.

However, other members of the Muslim community were more critical of their collective values. Saleha Khan, board member of the Ont.-based Muslim Resource Centre for Social Support and Integration, said “The essence is that it's the man's sense of control...It's unfortunately something that could be anywhere.”  Explaining further, she said, “In certain communities, it will be called a crime of passion,” she said, “but for others it will be an honor killing.”

Tarek Fatah, founder of the Muslim Canadian Congress – an advocacy group – averred,  “This is a real issue...Honor killing is the logical extreme of the belief that suggests men are the guardians.”Fatah blamed a perception on the part of some Muslims that women are chattel.  “If these four women were white women, they would still be alive today,” he said.  “If a white student would go to the principal or the police and say they would be beaten up, no one would go to their parents and say ‘can you repeat what you said to us?' These girls went to the school, the cops, child services and everyone wanted to protect cultural diversity."

Prominent attorney Raj Sharma lost his uncle when a a furious brother chased his sister to , killing her, her husband and Mukesh Sharma, in the name of honor. Raj Sharma said of the new case, “These belief systems we bring over are too entrenched — whether it’s cultural or religious, we’re fighting an uphill battle.”  Sharma, a Muslim, said “We’re importing hatred and prejudices and a desire to control women’s sexuality.”
The Shafia trial galvanized international attention. Prosecutors produced a theory that the three teenaged Shafia sisters were murdered ostensibly because they had brought shame about the traditional Muslim family from . The three sisters had foregone the traditional Afghan head-to-toe covering prescribed by Muslim law. The fourth victim, Mohammad Shafia’s first wife in a polygamous marriage, allegedly endured years of abuse and feared for her life in the weeks before she was slain.  The defendants sought to downplay any culpability in the crime. Speaking to the court before the verdict Mohammad Shafia said,  “Your honour, we are not criminals. We are not murderers. We didn’t commit the murder. This is injust.’’ Tooba, the murderous mother, said  “I’m not a murderer. I am a mother, a mother.’’ And the killer brother, Hamed, said “Sir, I did not drown my sisters anywhere.’’

Canadians expressed approval of the verdicts. Minister of Parliament Rona Ambrose tweeted,“Honour motivated violence is NOT culture, it is barbaric violence against women. must never tolerate such misogyny as culture.”

“This verdict sends a very clear message about our Canadian values and the core principles in a free and democratic society that all Canadians enjoy and even visitors to enjoy,” said lead prosecutor Gerard Laarhuis outside court on January 29. “The government has realized that they should not entertain any defence with a strong honour crime theme,” said Amin Muhammad, a professor of psychiatry at Memorial University in St. John's and author of a Canadian study onhonour killings, to the Montreal Gazette.  “They have treated this on par with any murder, and that's the beauty of this verdict.”

The court found the Shafia family guilty of staging and elaborately planned, but bungled, automobile accident in June 2009. The defense argued the three Shafia girls and the elder woman died after a late-night joy ride went terribly wrong.

“The apparent reason behind these cold-blooded, shameful murders was that the four completely innocent victims offended your twisted concept of honour, a notion of honour that is founded upon the domination and control of women, a sick notion of honour that has absolutely no place in any civilized society.

“For these crimes, for these murders, the sentence is mandatory as set out in the Criminal Code of — imprisonment without eligibility of parole for a period of 25 years — and that’s the sentence of the court for each of you.’’