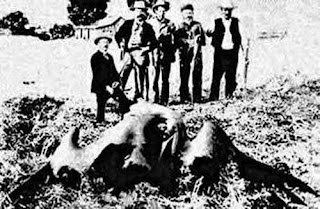 Here is another eyewitness report of a large black bird.  It also noticeably makes little of the bird’s beak.

The observations themselves support the existence of a nearby nesting pair, with the larger one showing aggression to fend of the noisy motorcycles.  I have posted the only creditable photo from the late nineteenth century that claims to be this bird.  I also have posted another photo that surfaced this past year of what is obviously a pterodactyl which has also been observed in the .  These are two separate creatures as one cannot mistake close up the one from the other.

The pterodactyl photo provides us with valuable new information also.  The body is fully feathered while the wings are not.  The observations made also confirmed exactly this but it was unexpected.  Now we have a clear understanding of the creature’s appearance unless this was truly faked, except that would require a small group of cooperative loiers.  Of course, I would like to see someone come forward, except this certainly was in someone’s photo collection and everyone involved is now dead.

I am certain that the pterodactyl is a nocturnal fisher that dives into the lake or sea in search of prey.  The problem with the other creature is that its beak is so small.  What does it actually eat?

That is the main problem here.  It is not a carrion eater or we would be seeing it by the side of the road every day.  Nocturnal habits are also likely but that makes eating nuts and insects pretty difficult.

That leaves me with a couple of ideas.  Firstly, I am ruling out game hunting for rabbits in particular.  It can be done at night, but the owl is designed for it and I still do not think we are looking at a giant owl here or are we?  We this bird cannot grab rabbits then can it eat conifer cones?  That food supply is also continuous and is ample.  It can also be accessed at night.  Otherwise every woodsman would see this creature about.

We are really back to our Mothman conjecture in which we proposed a giant owl.  Owls also have a small beak that is not obvious. 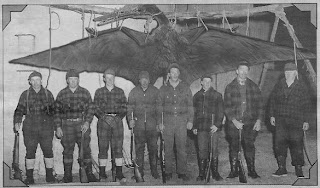 I recently received the following email that references 2 separate flying cryptid encounters in two different locations, within a two month period this past Summer and by the same witness! Has anyone else seen something similar recently?

This summer (June 19, 2011) I had two encounters with giant black birds; when I say giant I mean I saw (at two separate times) birds that were all black in color with wing spans as big as a small plane 14 feet or bigger.

My first encounter was early one summer morning when I was returning from the Quad Cities. I was traveling on my motorcycleon Route 30 just past I-88 when I noticed a big black object in the distance sitting in the middle of the road. I slowed my motorcycle down as I got closer to the object. At first I thought it was a black bear sitting in the road but as I drove closer to the object I soon learned it wasn’t a bear at all. The black object was a giant BLACK BIRD which stood at least 4 to 5 feet tall. I was in awe and a little bit scared at the sight of the GIANT BIRD. I stopped my motorcycle immediately hoping that the beast would not attack me. I then looked behind me in hopes of seeing anyone else who might be witnessing this amazing sight, but of course just like in the movies there was no one else on the road. Realizing it was just me and the GIANT BIRD, my heart began to race with thoughts of being attacked; I slowly pulled in the clutch and put the motorcycle in gear just in case I had to make a quick getaway. The GIANT BIRD heard the noise of the gear shifting. It then looked directly at me for a brief moment, swung open its massive wings (which were at least 14 feet long), stood up right, then leaped off the ground and took off in flight. The bird looked like a small black plane and when it flew by the trees the branches were swaying back and forth. I sat on my motorcycle watching the bird fly out of sight. 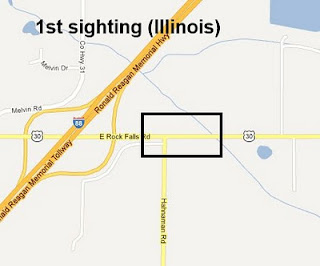 I still do not know what kind of creature it was that I encountered. I have been looking on line at several different kind of birds but have yet to find the bird that I saw. The only bird that comes even close to what I saw was a condor but the bird I saw did not have a head like a condor nor did it look like that of a turkey buzzard or vulture plus this creature was much larger than a condor. I almost wonder if this was just a freak of nature; or possibly a prehistoric bird. Could it be possible that there are still some type of prehistoric birds still in existence? Trust me I am not crazy. I have recently seen pictures of the legendary Thunder Birds and that is exactly what this bird looked like. 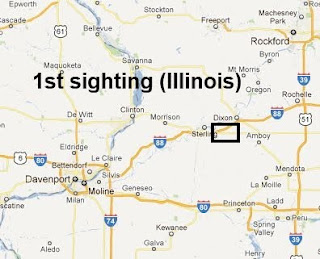 My second encounter with a giant black bird was in August of 2011. My friends and I were traveling on our motorcycles near on some back road when all of a sudden a giant black bird appeared out of nowhere. The bird was obliviously mad at the noise of all of our motorcycles or something because it took a dive at the couple who were traveling in front of my wife and I. The giant bird actually dove at them causing them to swerve on their motorcycle. The bird then circled around them and tried to poop on them; yes I said poop on them! I wouldn’t have believed it if I hadn’t seen it with my own eyes. Luckily the poop missed them. I am not exaggerating when I say the stuff that came out of the creature was much larger than that of a humans. It was disgusting! On a positive note there was ten of us who witnessed this giant bird. Once again none of us knew exactly what kind of bird it was that we encountered. Just like I had described before the giant bird was all black with a massive wing span and its head was not like that of a condor. 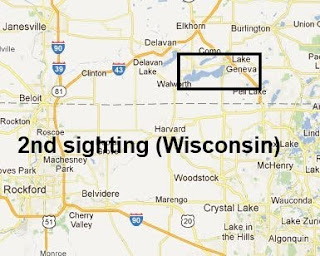 I couldn’t believe that I was so fortunate to witness this massive bird again and I was so happy that my friends were with me to see it as well. I had told my friends about the bird that I had seen in June but I don’t think that any of them really believed me. Now they know that I am not crazy and are obviously convinced that the Giant Black Bird does exist. 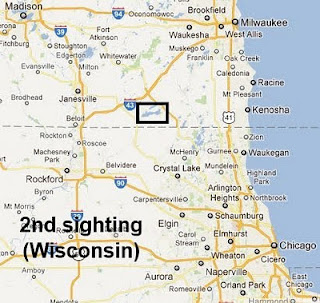 I only hope that anyone who reads this takes this as a real encounter and just not as another fish story. I have ten witnesses to confirm one of my sightings. I only wish I had a picture too but obviously I can’t take pictures while I am driving a motorcycle.


Oh well, believe it or not that is my story and I am sticking to it.


Please let me know if anyone else has encountered one of these Giant Black Birds.

Hi my friend! I want to say that this post is awesome, great written and come with almost all important infos. I would like to peer extra posts like this .
Bogs Women's Classic High Tuscany Rain Boot