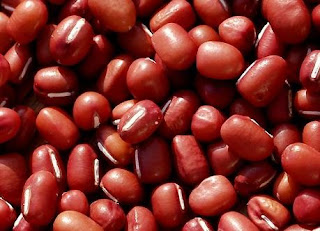 Iron deficiency is a worldwide problem and this protocol appears to be helpful in that large iron complexes are absorbed as well as the more common single atom form.  Hopefully this is all bioavailable but that is not commented on here and I simply do not know enough about the pathways.

It also seems to infer that this form is delivered through legumes which eliminate the problematic meat solution.

The article seems to generally infer that iron deficiency can be made up through dietary legumes, although it is not spelled out that way unfortunately. So be careful and wait for more to come here.

A groundbreaking study conducted by Children's Hospital Oakland Research Institute (CHORI) Senior Scientist Elizabeth Theil, PhD, is the first to reveal the existence of at least two independent mechanisms for iron absorption from non-meat sources-and a potential treatment for iron deficiency, the most common nutrient deficiency worldwide. Dr. Theil's discovery of an alternative mechanism for iron absorption from vegetables and legumes may provide the key to helping solve iron deficiency by providing an alternative, affordable, and readily available source of iron

In an upcoming publication in The Journal of Nutrition (published online January 18, 2012), Dr. Theil and her international colleagues demonstrate that there is an alternative mechanism for the absorption of ferritin, a large, protein-coated iron mineral rich in legumes, in addition to the more well-known mechanism for iron absorption of small iron complexes like those found in iron supplements.

"Our study shows that this different mechanism of iron absorption from plant ferritin is more efficient and gives the intestinal cells more control. It can be a new way to help solve global iron deficiency," says Dr. Theil.

Iron deficiency is the most common nutrient deficiency in both developing and non-developing nations. Traditional treatments include iron supplements and increased meat consumption. Both of these approaches have proven to have significant limitations, however.

Iron supplements frequently cause uncomfortable side effects, including gas and bloating, which lead to inconsistent consumption. In some cultures where iron deficiency is endemic, meat is scarce; frequently, the limited meat available is reserved for men, even though growing children and women of child-bearing age are the most susceptible to iron deficiency. The discovery of an alternative and highly efficient mechanism for iron absorption from legumes, however, could provide the key to helping solve worldwide iron deficiency by providing a readily available and affordable source of iron.

The new study combines the results of two different experiments, one conducted in humans and the other using rats to model humans. In the rat model, portions of the rat intestines were bathed with solutions of traceable iron, either as a typical type of iron supplement or as ferritin (protein-coated iron mineral). Measurements showed that both the large ferritin and the smaller iron complex were absorbed through the intestine.

In the human study, traceable iron in ferritin was consumed by volunteers with a 9:1 ratio of unlabelled, non-meat iron dietary supplement, or with hemoglobin, with the type of heme iron in meat, to see if the two types of iron competed with ferritin iron for the same absorption mechanism. In each case, the iron competitor had no effect on the iron absorption from ferritin.

"What these studies show together is that during digestion, ferritin is not converted from its large, mineral complex, which contains a thousand iron atoms, to individual iron atoms like those found in many iron supplements," explains Dr. Theil. "Instead, ferritin iron is absorbed in its protein-coated, iron mineral form by a different, independent mechanism; iron absorbed as ferritin, leaves the intestine more slowly, but may, provide greater safety to the intestines than iron supplements."

In addition to potentially being safer, causing less irritation to the intestines, absorption of iron as ferritin is easier for the intestine. The iron found in meat and non-meat iron supplements enters the intestine from food one iron atom at a time. Each entry step requires the intestinal cells to use up energy. When the intestine takes in a single molecule of ferritin, however, it gets a thousand atoms inside that one ferritin molecule, making iron absorption that much more efficient.

While further studies are needed to elucidate the exact mechanism of ferritin absorption, in the mean time, the results demonstrate that ferritin-rich foods such as legumes can provide a significant source of dietary iron for those in the greatest need of increasing their iron consumption.
Posted by arclein at 12:01 AM