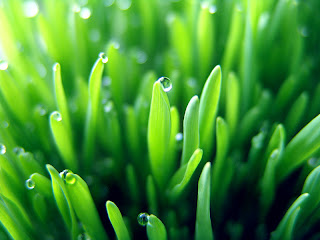 This is a short survey on barley grass and the quick take home is that it is the one specific thing that you can consume with the expectation of a significant improvement independent of the usual protocols used by diabetics.  The obvious implication is to fold it into your treatment plan.

Of course, I would like to see a range of grass products tested and discover how the nutrient profile stands up generally.  A malnourished grass can hardly be much of a solution.  All of them will supply plenty of chlorophyll at least.

This is all a fairly new product in the health care world so expect to see more science develop on all this.

In fact the wide present range of prospective food stuffs is beyond anyone’s ability to make best choices easily and we are sent heying after the new fashion put up while our ancestors got by on a rather plain selection.

NaturalNews) Barley grass (Hordeum vulgare) has been a favorite among health enthusiasts for centuries. It is usually consumed as a powder or liquid, but is also used to make barley malt. Barley grass is considered a superfood, because of its incredibly dense nutritional profile. It contains a wide variety of vitamins, minerals, enzymes, and amino acids. Barley grass contains an abundance of chlorophyll, and is rich in Vitamins A, B, C, iron and calcium. It also contains high amounts of the electrolyte minerals potassium, magnesium, and phosphorus. Barley grass is rich in plant enzymes and antioxidants.

Clinical studies involving the ingestion of barley grass powder show that it improves the health of diabetic patients. Barley grass has been proven to reduce cholesterol and can be used as a weight loss supplement.

Type 2 diabetes mellitis is by far the most prevalent type of diabetes among adults. In a 2010 medical study, it was suggested that medicinal plants might have therapeutic effects on complex diseases such as diabetes. Barley grass powder was selected because of its reported benefits. The experimental group of diabetics took 1.2 g of barley grass capsules every day for sixty days. The control group took no supplementation. No other changes were made, and no other alternative measures were taken. The patients' fasting blood sugar and lipid profiles were taken at the beginning and end of the study.

Supplementing with barley grass powder caused a significant fall in the fasting blood sugar level of the experimental group. No change was noted in the control group. There was a 5.1% reduction in overall cholesterol levels after two months. The researchers also noted that the risk of coronary heart disease was significantly reduced in the diabetics who took barley grass supplements.

Learn more:
http://www.naturalnews.com/034637_barley_grass_diabetes_cholesterol.html#ixzz1jK5e0vPu
Posted by arclein at 12:01 AM

Nice weblog here! Also your website so much up fast! What host are you the usage of? Can I get your affiliate hyperlink to your host? I wish my website loaded up as quickly as yours lol
Red Feather 3 Section Poles 2012