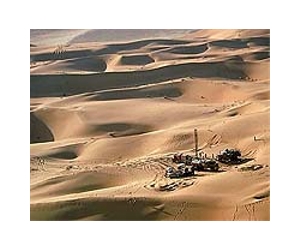 The problem is that it appears that is producing flat out to sustain supply and it will not be able to add 500,000 bpd on demand which it has been able to do for forty years.  This means that an additional supply shock will actually disrupt markets hugely.

This also why has suddenly become bellicose in order to maximize their advantage which is certainly short-term as new production is now starting to climb quickly.  The real window is small and perhaps thinks to play the card they have now.

The next two years will settle this threat once and for all as both new oil and new energy begin to bite and as the new pipeline system allows the to back out of the oil import business.

Present pricing allows full out production investment while yet not curtailing demand.  That would happen quickly with only a small upward adjustment.

Saudi Arabia, the world's leading oil exporter, has for decades used spare production capacity to cover shortfalls in output by other oil states and prevent prices spiraling in times of crisis.

But questions are being asked now whether the kingdom will be able to come to the rescue if blocks exports -- at least one fifth of the world total -- in its current confrontation with the West.

On paper, has spare capacity totaling around 2 million barrels per day.

Earlier this year, it raised its output to 10 million bpd, in part to pick up the slack from the drop in output by because of its seven-month civil war and other drops in strife-torn , and .

That's the highest level for the kingdom in 30 years.

On Dec. 14, the Organization of Petroleum Exporting Countries, which includes , increased its production ceiling from 24.84 million bpd to 30 million bpd.

But apart from and possibly the , no OPEC member has any spare production capability to act as a cushion in the event of a major supply crisis.

So the kingdom, as it has so often in the past, will be expected to play a crucial role if the global oil supply is heavily disrupted, as it would be if the is closed.

In November, Khalid al-Falihj, chief executive of state-owned Saudi Aramco, disclosed that has halted a planned $100 billion expansion after the kingdom had reached 12 million bpd capacity.

He said the pressure on to raise its output capacity had "substantially reduced."

The kingdom launched the expansion program in the early 2000s, when production was pegged at 8.5 million bpd. The target was 15 million bpd.

Energy analysts said the decision to curtail the drive to boost production capacity may have stemmed from pressing budgetary problems as the ruling House of Saud grapples with the pro-democracy uprisings that have convulsed Arab republics for the last year.

"The current focus of is on domestic social spending on the back of the Arab Spring," observed Amrita Sen, an oil industry analyst with Barclays capital in .

King Abdallah announced a social welfare and public spending package worth $130 billion earlier this year in a bid to stifle any demand for political reform by the kingdom's 12 million citizens.

It has declared reserves of 262 billion barrels of oil, the highest in the world. But these are what the Saudis say they are, and there have been suspicions for some time that 's reserves may not be what they seem.

In February 2011, diplomatic cables from the U.S. Embassy in Riyadh to the State Department, released by WikiLeaks, cited Aramco's senior vice president for exploration, Abdallah al-Saif, as claiming Saudi Arabia had 716 billion barrels of total reserves, of which 51 percent was recoverable.

He further claimed that in 20 years Aramco would have reserves of 900 billion barrels.
That's roughly the combined reserves of the seven other leading producers, including , , , and .

But the diplomats quoted Sadad al-Husseini, a geologist and Aramco's former head of exploration, as warning in November 2007 that the kingdom's production capacity target of 12.5 million bpd, needed to keep a lid on prices, could not be achieved.

This, he said, was because the kingdom's reserves may have been over-estimated by as much as 300 billion barrels, nearly 40 percent.

One cable said that in al-Husseini's view, "once 50 percent of original proven reserves had been reached Â… a steady output in decline will ensue and no amount of effort will be able to stop it."

The consul in observed that al-Husseini "is no doomsday theorist. His pedigree, experience and outlook demand that his predictions be thoughtfully considered."

Al-Husseini, who had publicly questioned Saudi Arabia's state reserves before his encounter with the U.S. diplomats, later claimed he had been misrepresented in the cables.

It's possible he was pressured into doing that. But even so, gulf-based sources believe could have a tough time covering shortages stemming from a serious confrontation in the gulf.

Beijing (AFP) Jan 14, 2012 - A Chinese oil firm which the US placed sanctions on saying it was the largest seller of refined petroleum products to Iran has denied the claim as "fiction", state media said Saturday.

Thursday said Zhuhai Zhenrong brokered delivery of more than $500 million in gasoline to from July 2010 to January 2011 and put in place sanctions barring the Beijing-based company from doing business in the .

The sanctions came a day after US Treasury Secretary Timothy Geithner met Premier Wen Jiabao and other Chinese leaders to ask for help squeezing Iran's key oil revenues and pushing Tehran to halt its nuclear ambitions.

"The accusations that we export refined oil to is complete fiction. We have never done that. The sanctions are truly puzzling," a representative for Zhuhai Zhenrong was quoted as saying in The Global Times newspaper.

Calls to the company went unanswered on Saturday and 's ministry of foreign affairs could not be reached for comment.

Energy-hungry relies on for 11 percent of its oil imports.

The US sanctions, also placed on companies from Singapore and the United Arab Emirates -- where Wen will make a stop -- bar the three firms from receiving US export licences, trade support from the US Export Import Bank and loans over $10 million from US financial institutions.

Zhuhai Zhenrong's website said the company, founded in 1994, had imported a total of 150 million tonnes of crude oil by the end of 2010 and has a long-term contract to import fuel oil from the National Iranian Oil Company.

"The sanctions don't make any difference to our company's business because we have never had any business cooperation with any companies," a representative, Zheng Mei, told the Legal Mirror newspaper on Friday.

Wen, on his Middle East trip, will first spend the weekend in Saudi Arabia -- the largest provider of oil to China -- before going to the UAE on Monday and then on to Qatar on January 19.
Posted by arclein at 12:01 AM