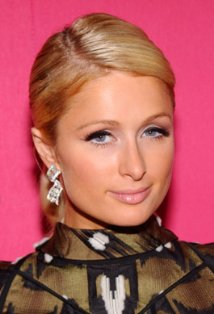 Everyone in the media business should be feeling totally used upon reading this bit on just how well Paris Hilton is doing with her various business ventures.  This is the famously multi untalented celebrity who seemed to revel in the attentions of the paparazzi.  It worked!  She is still going to be as rich as Midas and it will even be self made.

We are in an age of over the top publicity hunting because it bloody well pays.  Unfortunately, none of it has anything to do with real talent although that sometimes is helpful.  It at least allows you to back up your bluff.

I am old fashioned enough to think respect for talent must first come from peers but that is a suspect proposition if one’s peers are untalented self promoters.  Yet the past half century has seen the whole English native speaking world fully emerge with the fullest release of outright talent possible.  We still could do vastly better but compared to the past this emergence is an order of magnitude even if obscured perhaps in the noise.  But that is always so.

The rest of the globe is following the same path and the greatest blossoming ever is underway.  Be grateful and remember to develop fine taste in all things unless you wish to let Paris Hilton make those decisions for you.

Hilton has earned more than $1 billion from her business empire in the last six years.

The socialite has launched a number of different product lines including fragrances, accessories, shoes and bed linen, and she has also opened 35 stores to sell her goods.

Hilton has now revealed just how lucrative her business is, admitting her projects have earned her millions of dollars.

She tells FHM magazine, "I'm involved in my products every step of the way. My fragrances are doing really well at the moment.

Hilton is now concentrating on launching a new project called the Paris Hilton Beach Club chain, which will include bars, gyms and nightclubs.

She adds, "The first one is opening in the soon. It's going to have nightclubs, restaurants, bars, gyms, everything really."
Posted by arclein at 12:01 AM