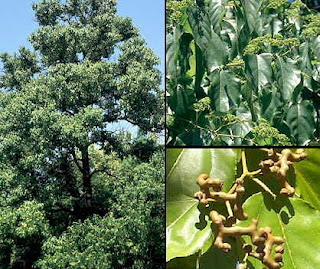 We have isolated a compound here that could be imbibed in conjunction with alcohol that actually is beneficial in that:

It sounds like something that we could add at the manufacturing level to all alcohols to achieve the best outcome.  It is too much to expect it to be totally successful, but we can all take a lot less outright intoxication and a lot less dependency.

The research team found that dihydromyricetin blocks the action of alcohol on the brain and neurons and also reduces voluntary alcohol consumption, with no major side effects, in an early study with rats.

IMPACT:
The research team determined that dihydromyricetin may provide a molecular target and cellular mechanism to counteract alcohol intoxication and dependence, leading to new therapeutic treatments — all based on an ancient "folk medicine" treatment that has been used by humans for at least 500 years.

Alcohol use disorders are the most common form of substance abuse, affecting more than 76 million people worldwide, according to the World Health Organization. Only an estimated 13 percent of people identified as having an alcohol use disorder receive medical treatment, partly due to a lack of effective medications without major side effects. Although alcohol impacts most organ systems, its effect on the brain in developing intoxicating, sedative and addictive properties is critical.

AUTHORS:
Associate Professor Jing Liang, M.D., Ph.D., and Professor Richard W. Olsen, Ph.D., both from the department of molecular and medical pharmacology at the of Medicine at UCLA, are available for interviews.


FUNDING:
The study was funded by the National Institutes of Health.

JOURNAL:
The research appears in the Jan. 4 online edition of the Journal of Neuroscience:http://www.jneurosci.org/content/32/1/390. A copy of the full study is also available.

I actually enjoyed reading through this posting.Many thanks.

It is really a nice and useful piece of information. I'm happy that you just shared this useful information with us. Please keep us up to date like this. Thank you for sharing.
Radiance 0216200 Cape Cod Bamboo Roman Shade Maple 23x72

There are lots of ways to avoid all those symptoms. For a start, don't drink too much alcohol! Moderate drinking is okay, but being an alcohol dependent is ill-advised. Stay straight!