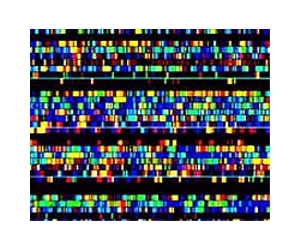 It makes sense that understanding the repair mechanism for oxidative damage could well be helpful in solving the cancer problem.  This work is fundamental in nature and will surely inform further work in the field.

The flood of knowledge in cellular biology has made conquering disease seem so much closer these last several years.  We all hope it is not an illusion, yet I find we are also revealing an ever increasing mountain of ignorance and even the full press attack is not making that mountain any smaller.

Yet I prefer optimism and this is a good piece of work.

Oxidative stress is the cause of many serious diseases such as cancer, Alzheimer's, arteriosclerosis and diabetes. It occurs when the body is exposed to excessive amounts of electrically charged, aggressive oxygen compounds.

These are normally produced during breathing and other metabolic processes, but also in the case of ongoing stress, exposure to UV light or X-rays. If the oxidative stress is too high, it overwhelms the body's natural defences.

The aggressive oxygen compounds destroy genetic material, resulting in what are referred to as harmful 8-oxo-guanine base mutations in the DNA.

Together with the University of Oxford, Enni Markkanen, a veterinarian in the working group of Prof. Ulrich Hubscher from the Institute of Veterinary Biochemistry and Molecular Biology at the University of Zurich has decoded and characterized the repair mechanism for the mutated DNA bases.

This mechanism efficiently copies thousands of 8-oxo-guanines without their harmful mutations, thus normally preventing the negative consequences of 8-oxo-guanine damage. In their study, published in "PNAS", the researchers outline the detailed processes involved in the local and temporal coordination of this repair mechanism.

Prof. Ulrich Hubscher hopes that this basic research can be used therapeutically. "We expect that the DNA repair mechanism discovered here will lead to less invasive approaches in cancer therapy and that it will be possible to develop new clinical tests for the early detection of certain types of cancer."

In cooperation with , a study is already underway that involves examining samples of different types of cancer for the repair gene and its regulation.