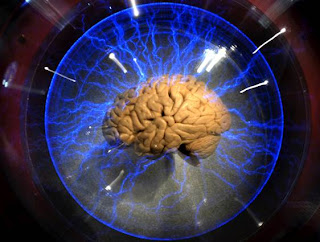 This is an important finding in a field that has been mostly confused.  It also puts my own observations on the topic on a sound physical basis.  I have always had a keen interest in my own talents and their limitations and where they prosper.

For the record I do not have a photo graphic memory which would have made life simpler to say the least.  What I do have is a profoundly connective memory which I have assiduously spent my life feeding data to while constantly searching for connections at the same time.

This has led to a whole range of discovery over my lifetime.

One of my best stories there is a discovery I made in which I recalled a statement made by my grade eleven chemistry teacher forty years before, a pattern of conflicting claims regarding the nature of waters sourced from different locales, other discussions on spectroscopy, additional intuitions all leading to a conjecture able to prevent the loss of life caused by third degree burns and many other medical benefits as well as solving a forgotten problem first posed in the early nineteenth century.

Yet if you asked me to remember the name of my grade eleven teacher or a specific reference to the facts just stated, I would be hard pressed.  If it was not important it appears that the connection is not particularly strong.

I have noted a long time ago the simple memory no matter how good is often weak on derivative logic.  I think this is because the mind needs to overcome emotional loading as the information is been absorbed and a super efficient memory often makes this unnecessary.

Now we know that extended connectivity is what actually matters and we will possibly learn how to encourage this particular trait.  I do not think we will be quick at it, but it would be nice to know how to encourage it a little.

What if humans could be made twice as intelligent?

An actual human brain is displayed inside a glass box as part of an interactive exhbition titled "Brain: A World Inside Your Head."

You might someday be much, much smarter than you are now. At least that's the hope of neuroscientists focused on understanding the basis of intelligence.

They have discovered that the brains of people with high IQs tend to be highly integrated, with neural paths connecting distant brain regions, while less intelligent people's brains build simpler, shorter routes. But no one knows why some brains construct much longer-range connections than others.

"When the brain mechanisms that underlie intelligence are understood, it is theoretically possible that those mechanisms can be tweaked to increase IQ," said Richard Haier, a neuroscientist and professor emeritus at the of at who studies intelligence. For the first time in human history, he said, "the concept that intelligence can be increased is reasonable."

It's a titillating thought but, considering the aphorism "ignorance is bliss," one might wonder: Would it really be better to be brainier? What would life and society be like if we all suddenly became, say, twice as intelligent?

For simplicity, imagine that instead of our current mean IQ score of 100, humans had an average score of 200. (Experts say this isn't a true "doubling" of intelligence because the IQ scale doesn't start at zero — and furthermore, the test isn't actually designed to yield a score as high as 200 — but we will set aside these qualifications for the purpose of argument.)

According to Earl Hunt, professor emeritus of psychology at the and president of the International Society for Intelligence Research, approximately one person in 10 billion would have an IQ of 200. With a current world population of 7 billion, there may or may not be one such person alive today, and in any case, his or her identity is unknown. However, the 17th-century genius Isaac Newton, discoverer of gravity, calculus and more, is sometimes estimated to have had an IQ of 200 (though he never took an IQ test).

Using him as an archetype, what if we were all a bunch of ? Would the world be much more advanced than it is today?

Haier believes greater intelligence, which he defines as the ability to learn faster and remember more, would be highly advantageous on an individual scale.

"Experiencing the world with a higher IQ might be more interesting for most people. They might enjoy reading more, might have a greater depth of appreciation for certain things and more insight into life," he told Life's Little Mysteries.

Furthermore, IQs of 200 would allow us to pursue activities and careers that most interest us, not just those we're mentally capable of, Haier said. We could master new languages in a few weeks, for example, or become brain surgeons.

Smarter humans would also be healthier and longer-living, the scientists said, because they'd have a better grasp of what behavior leads to these attributes.

"Maintaining a healthy lifestyle, and even more, managing a chronic illness such as diabetes, can be quite cognitively challenging. That's the sort of challenge intelligent people can meet… by definition," Hunt wrote in an email.

Society would not benefit quite as much as individuals from a mass intelligence boost. Although people like to blame social problems on human ignorance and stupidity, the scientists say removing these factors would not lead to the emergence of a harmonious Utopia. Greater intelligence does not come hand-in-hand with a greater ability to cooperate.

"Intelligence is independent of personality and emotion, so you can have very intelligent people who are also just kind ofcrazy people," Haier said. "Even if everyone had an IQ of 200, you'd have exactly the same range of personalities as you have now, and because that's a determining factor in how good your society is, you won't necessarily have a better society."

Again, consider Isaac Newton: Along with his off-the-charts smarts, he was also a notorious misanthrope.

While petty-crime rates would fall in a society of , Hunt speculated that white-collar crimes, such as banking scams and cover-ups by pharmaceutical companies, might increase and even grow more sophisticated. On the other hand, so would crime-fighting. "The evil corporate villains would be smarter than ever, but so would the government officials who were writing and enforcing the safety regulations! Who would win? Who knows?" he wrote.

Despite these issues, there's a very good chance that higher-functioning brains would help us invent technologies to fix some of our bigger problems. Haier explained that just as a team of 100 engineers is more likely to come up with a remarkable innovation than a team of 10 engineers (because there's more total brainpower working on the job), having 7 billion "geniuses" on Earth would likely lead to solutions to some currently intractable issues. We might figure out a hyper-efficient way to desalinate saltwater, for example, or tap into a limitless alternative-energy source.

Because both those advances would produce a greater abundance of resources, they would likely minimize societal conflict — despite some humans being just as nasty as ever.

According to Hunt, there's evidence to suggest that many humans, if significantly smarter, would lose their belief in God

"There is a small tendency for people with high scores to be more liberal in their social attitudes andless likely to accept strong religious beliefs. This makes sense; we can know things by reasoning or we can accept something on faith. If we all became very good reasoners, there would probably be a small shift to preferring reasoned over faith-based explanations of the phenomenon of life," he wrote.

Some people would undoubtedly continue to accept faith-based cosmologies, however, as there have been many examples in history of highly intelligent andreligious people, Hunt noted.

Confounding the stereotype of the nerdy brainiac with suspenders and thick glasses, Hunt mentioned one other change that would be expected to occur if we all became smarter. "People would be better looking!" he wrote. A study from Harvard University found a significant correlation between peoples' test scores and how physically attractive other people rate them to be, he explained, and extrapolating the finding up to people with IQs of 200 implies that, in our world of super geniuses, an "average-looking person" would move up to the top 15th percentile on our current scale of looks.

Even if the extrapolation isn't quite accurate — if the correlation between intelligence and attractiveness breaks down past a certain range — humanity might at least be better at things like exercising and grooming.

"I think what would happen is that there would be fewer homely-looking people; especially people who are unattractive because they are slovenly," he explained. "Intelligent people are aware that looking badly is a handicap in getting jobs, being invited to parties, etc."

One final thought: Even when scientists finally do discover the mechanism for ramping up intelligence, it is highly improbable that everyone would be given an immediate IQ boost. The "haves" would surely benefit from the neuroscience research more than the "have-nots," and this invites a further line of inquiry. As Hunt put it, "Suppose that in some future society, part of the population, say 10 percent, became hugely intelligent, while the rest stayed where we are now or even dropped behind a bit. What would that do to society?"