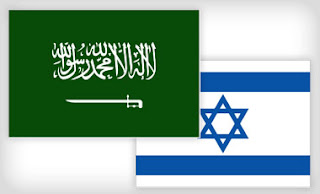 Right now this all comes under the boys will be boys’ category, but has the real potential of causing real actionable damage somewhere.  With the military already engaged with the task of shoving this genie back in the bottle, I would suggest that wiser heads prevail everywhere and that this nonsense gets shut down soonest.  Anyone dumb enough to try this in the by targeting US military assets would find himself treated to a midnight visit and confiscation of his hardware.

In the meanwhile the Chinese have been happily raiding databases around the globe with impunity, or so they say.  The immediate result is that really vulnerable targets have woken up and are hardening up if they had not done so long ago.  This happens every few years to keep everyone on their toes and to produce ample revenue for software consultants.

In all this, do ask what part of your data has value to anyone else and simply go from there.  It is noteworthy that the data they are throwing around is personal financial data and even that requires a criminal organization on the ground to exploit it.

Last week the Insider Report disclosed that an Israeli teenager identified only as “OxOmer” launched a cyberwar counterattack against Saudi hackers who divulged tens of thousands of Israeli credit card numbers on the Internet.

And once again OxOmer has retaliated, bringing down the official websites of ’s Monetary Agency and ’s Securities Exchange on Tuesday.

In the new attacks on , “what was hacked was our main website, which provides information,” Idit Yaaron, a Tel Aviv Stock Exchange spokeswoman, said on Monday. “The trading computer was not hacked and trading is going on as usual.”

El Al issued a statement saying it was taking measures to protect its website and warned there may be more disruptions.

OxOmer claims he is 17 years old and belongs to a four-member team of hackers who call themselves Defenders. In the earlier counterattack, they published hundreds of Saudi credit card numbers. They told the Post they were also behind the new attacks on the Saudi and sites.

They said in a message on a forum that their actions came “because lame hackers from decided to launch an attack against Israeli sites.”

The cyberwar shows no signs of ending. The Saudi hacker who calls himself OxOmar told the Post he would continue to organize attacks on Israeli sites until the government apologized for what he called “genocide against .”

And Israeli hacker OxOmer warned: “If the lame attacks from will continue, we will move to the next level, which will disable these sites longer term.”

Also on Monday, a pro-Israeli hacker named opened up another front in the cyberwar, publishing the details of 30,000 Facebook account holders from Arab countries, and threatening to publish information about bank accounts and credit cards belonging to Arab citizens if the attacks on Israeli sites continue.

Then on Wednesday, Arab hackers broke into the server of ’s Anti-Drug Authority and redirected visitors to a website showing images of Palestinian gunmen and the words “death to ” and “ hackers were here.”

A group of Israeli hackers calling themselves the “IDF Team” retaliated on Thursday by disabling the websites of the Arab Bank of and the UAE’s central bank, the Post reported.
The Israeli hackers threatened to “disable stock market sites, government sites, and sites related to economy and even security.”
The cyberwar continues.