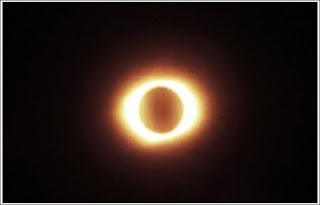 I am sure that this will be merely one of many pronouncements as we approach the 21st of December this year. However, as stated, this person is a high status person with an excellent educational background and obviously someone to normally trust for clear critical thinking.  One presumes that she genuinely believes what she is saying.

As I have posted extensively here, the existence of extensive populations in Space habitats as a result of human expansion forty thousand years ago is plausible and even likely.  The existence of other non terran guest populations would also then become rather easy to accept.  In other posts I also tackled the plausibility of extensive populations in existence deep underground.  Again with forty thousand years to work with it is both plausible and rather easy.  My main point has been that we can do it all ourselves right now as soon as we develop the MFEV (Magnetic Field Exclusion Vessel) for which we now largely have the science.

Which all leads one to take pause on the actual prediction that is claimed her for this coming December.  That is an extraordinary claim.

What it would accomplish is to inform every person on Earth that a new world for humanity has begun and it is time to listen really carefully.  No one would ever think to challenge such power and acceptance of the ultimate regime would certainly be total.

One wonders where the movie script happens to be?

2012 DOOMSDAY/ASCENSION: PRINCESS KAORU NAKAMARU OF DELIVERS SHOCKING ANNOUNCEMENT FOR THIS YEAR - THREE DAYS OF COMPLETE DARKNESS WILL ENGULF THE PLANET ON DECEMBER 21ST?!

I am not sure what to make of the following video, but I am posting it for your discernment, given the status of the speaker and the gravity of the times that we are currently living in.

According to Princess Kaoru Nakamaru of , the granddaughter of the Meiji Emperor and the Chairperson of the International Affairs Institute for World Peace, there will be some shocking developments in 2012. In her presentation for the Pythagoras Conference Global 2012, she claims contact with extraterrestrials and unidentified flying objects (UFOs), and communication with an advanced civilization inside of the Earth. She further indicates that on December 21st of this year, the planet will experience three days of complete darkness, as we ascend into a fifth dimension. She also makes reference to the global elite, underground bunkers, survival and the need to "purify our spiritual condition".

WATCH: Princess details what will happen this year.

According to her official biography, the princess spent her early childhood in the in . While at Columbia University and in graduate school, she furthered her research into international politics and since 1970, as a journalist, has interviewed kings and presidents, prime ministers and business people from many countries, and has given speeches, written books, and appeared on television as a commentator on international political affairs. In 1973, she was acclaimed in the magazine, Newsweek, as the “World’s No.1 interviewer,” and the Post described her as “one of those rare women in the world with an outstanding international sensitivity.”

1963 Upon graduating from and the ’s
Department of International Politics and , traveled around the world learning through experience the flow of politics, economics, and culture

□1971 Published her first work "Diplomacy with , Diplomacy with ." (Simul Press)Fusing academicism and journalism, it was acclaimed as a practical handbook.

□1974 Became a member of the Ministry of Trade and Industry Council (for 4 terms, 8 years)

□1975 Was awarded the Decoration of from King Hussein of . Published "Following the Sun - The Autobiography of Kaoru Nakamaru." (Bungei Shunju, )

□1983 At the invitation of President Saddam Hussein, stayed in for one month. Duringthat time, with the presidential plane at her disposal, she proceeded to the frontlines of the Iran-Iraq war and observed young Iranian prisoners of war.
Videotaping their plight, she showed the tape later to President Hussein who then petitioned for the immediate end to the fighting.

□1983 “Following the Sun,” an interview show began broadcasting on PBS, which had a 380-station network. In a dialogue with ’s leader, Moammar Gadhafi, he stated that, “I am against ’s political policies, but I maintain good feelings toward itself. I am prepared to talk with .” There was pressure to excise this pronouncement from the network, but using her own funds, she bought this program herself and showed it with the problem scenes intact.

□1985 “The International Affairs Institute for World Peace” was recognized as a foundation by the government.

□1987 Made television appearances and speeches while based in

□1989 Organized the first “World Peace International Symposium,” held at the Plaza Hotel in . The previous day Nakamaru gave a speech about the concept of the symposium at the United Nations. At a press conference, she received the endorsement of over 100 countries. A few days later, Nakamaru received a visit from a special envoy from Kim Il Jong who sent a message saying that “It is truly wonderful that a private citizen can sponsor a symposium like that. Next time, please invite our country too.” This was the start of her relations with .

□1994 Established the “Following the Sun Association” in , which aimed toward “a world peace through human renaissance.”

□1994 In July, made her first visit to as a guest of Kim Il-Sung, the leader of the country. Three days before a private interview, unexpectedly, Kim Il-Sung passed away and footage taken of the situation within the city of Pyongyang was used on NHK, South Korea’s KBC, CNN, among others and refuted rumors of a coup d’etat that circulated in the West. Following that, through Kim Jong-Il and Kim Yong Sun,
General Secretary of the Worker Party, her exchanges with North Korea deepened as she strived to have a Japanese woman return for temporary visit to her country as well as realizing a summit between South and North Korea.

□1995 At the Cathedral of St. John the Divine in New York, held the “Conference on the Vision for the 21st Century and Religion,” in which 1,000 religious figures from around the world gathered.

□1996 Invited to as a state guest for one month.

□1997 Concentrated on speeches and writing in . From this time until 2009, she has published 40 books.

□1998 In February, visited in order to avert air bombardment by the military. She met with the head of the Iraqi government.
In March, she was invited as a state guest

The granddaughter of the Meiji Emperor, Princess Kaoru Nakamaru spent her early childhood in the in . While at Columbia University and in graduate school, she furthered her research into international politics and since 1970, as a journalist, has interviewed kings and presidents, prime ministers and business people from many countries, and has given speeches, written books, a...See More