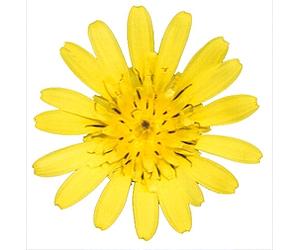 This is a bit of a surprise result that is not so surprising with the benefit of hindsight.  It has always been amazing that it is possible to double the chromosome count by the two combined genome simply by not splitting to form replicas of the originals.  This has allowed a wide range of beneficial crops that naturally produce larger seeds in particular.

Without is we would never have had bread and plenty of other valuable crops. Now we can induce this behavior, so it is now a natural first step in hugely improving a given wild stock for human use.  I think that polyploidy is now coming into its own as we investigate alternative crops as a matter of course.

I grew up in a world that generally did not readily experiment with new foods at all.  Today that world is turned on its head simply because a case of anything can be shipped cheaply enough to develop any market.  We have all learned to try anything and few hold back anymore.

In out own environment, the elderberry should be particularly amenable as a crop and the cattail should be worked with to produce larger seeds.  Both are presently troublesome but both would be much less so if the fruits are simply enlarged.  I like both because they work best with wet feet on land otherwise unusable.

In the event we have learned that our simple model is a little too simple and that there may be a lot more variation to work with here that may even allow management.

Researchers analyzed about 70 Tragopogon miscellus plants, a species in the daisy family that originated in the northwestern about 80 years ago. The new species formed naturally when two plants introduced from mated to produce a hybrid offspring, and hybridization was followed by polyploidy.

A new study shows genomes of a recently formed plant species to be highly unstable, a phenomenon that may have far-reaching evolutionary consequences.

Published online in the Proceedings of the of Sciences, the study is the first to document chromosomal variation in natural populations of a recently formed plant species following whole genome doubling, or polyploidy.

Because many agricultural crops are young polyploids, the data may be used to develop plants with higher fertility and yields. Polyploid crops include wheat, corn, coffee, apples, broccoli and some rice species.

"It could be occurring in other polyploids, but this sort of methodology just hasn't been applied to many plant species," said study co-author Pam Soltis, distinguished professor and curator of molecular systematics and evolutionary genetics at the Florida Museum of Natural History on the UF campus.

"So it may be that lots of polyploids - including our crops - may not be perfect additive combinations of the two parents, but instead have more chromosomes from one parent or the other."

Researchers analyzed about 70 Tragopogon miscellus plants, a species in the daisy family that originated in the northwestern about 80 years ago. The new species formed naturally when two plants introduced from mated to produce a hybrid offspring, and hybridization was followed by polyploidy.

The paints are made by attaching different dyes to DNA of the two parent species. Once the dye is applied, there is a match between the DNA of the paint and of the chromosome.
Under a microscope, the chromosomes appear in one color or the other (red vs. green) depending on the parent from which they originated. Sometimes chromosomes are a patchwork of both colors because DNA from the two parents has been swapped as a result of chromosomal rearrangements.

"One of the things that makes this so amazing is that where we expected to see 12 chromosomes from each parent (the polyploid has 24 chromosomes), it turns out there aren't 12 and 12, there are 11 from one parent and 13 from the other, or 10 and 14," Soltis said.
\
"We're hoping through some ongoing studies to be able to link these results with the occurrence of another interesting phenomenon - the loss of genes - and also see what effect these changes have on the way the plants grow and perform."

The polyploid's two parent species, Tragopogon dubius and Tragopogon pratensis, were introduced to the in the 1920s. Because its flower only blooms for a few hours in the morning, Tragopogon miscellus is often referred to as "John-go-to-bed-at-noon," and its common name is goatsbeard. It looks like a daisy except for being yellow in color.

"People have looked at these chromosomes before, but until you could apply these beautiful painting techniques, you couldn't tell which parent they each came from," Soltis said.

Of the six populations examined from and , 69 percent of the plants showed a deviation from the expected 12 and 12 chromosome pattern.

"In order for most plants to be able to interbreed successfully, their chromosomes need to match up," said. "That doesn't necessarily happen when you don't have equal numbers, so there may be some chromosomal barriers to fertility that develop as a result of this sort of chromosomal variation. This mechanism may also explain low fertility in other plants, such as crops. This is something we are looking into with Tragopogon."

"Among all of the processes that generate biological diversity in the plant kingdom, genome doubling, or polyploidy, is among the most prevalent and important," said Jonathan Wendel, professor and chairman of the department of ecology, evolution, and organismal biology at Iowa State University, in an email.

"This is an area that is receiving international focus and research attention, but the system Pam and Doug Soltis are working on is unique."