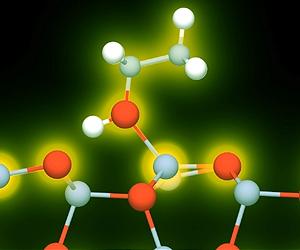 As posted in the past, the drive is to get all this chemistry working at nanoscale in order to vastly improve energy density. We have come a long way.

I am not quite sure how this will all come together, but it sounds like a great method of inserting energy storage directly into the architecture of increasingly complex three dimensional structures.  Not having to create a separate system to move energy in and out of a device must be useful.

Once the silicon chip was mastered, it controlled design for decades.  Now we are mastering 3D architecture and it is as yet quite unclear what the ultimate preferred mix will be.  These are all steps to that ultimate goal.

The world at large runs on lithium ion batteries. New research at shows that tiny worlds may soon do the same.

The Rice lab of Professor Pulickel Ajayan has packed an entire lithium ion energy storage device into a single nanowire, as reported this month in the American Chemical Society journal Nano Letters. The researchers believe their creation is as small as such devices can possibly get, and could be valuable as a rechargeable power source for new generations of nanoelectronics.

In their paper, researchers described testing two versions of their battery/supercapacitor hybrid. The first is a sandwich with nickel/tin anode, polyethylene oxide (PEO) electrolyte and polyaniline cathode layers; it was built as proof that lithium ions would move efficiently through the anode to the electrolyte and then to the supercapacitor-like cathode, which stores the ions in bulk and gives the device the ability to charge and discharge quickly.

The second packs the same capabilities into a single nanowire. The researchers built centimeter-scale arrays containing thousands of nanowire devices, each about 150 nanometers wide. A nanometer is a billionth of a meter, thousands of times smaller than a human hair.

Ajayan's team has been inching toward single-nanowire devices for years. The researchers first reported the creation of three-dimensional nanobatteries last December.
In that project, they encased vertical arrays of nickel-tin nanowires in PMMA, a widely used polymer best known as Plexiglas, which served as an electrolyte and insulator. They grew the nanowires via electrodeposition in an anodized alumina template atop a copper substrate.

They widened the template's pores with a simple chemical etching technique that created a gap between the wires and the alumina, and then drop-coated PMMA to encase the wires in a smooth, consistent sheath. A chemical wash removed the template and left a forest of electrolyte-encased nanowires.

In that battery, the encased nickel-tin was the anode, but the cathode had to be attached on the outside.

The new process tucks the cathode inside the nanowires, said Ajayan, a professor of mechanical engineering and materials science. In this feat of nanoengineering, the researchers used PEO as the gel-like electrolyte that stores lithium ions and also serves as an electrical insulator between nanowires in an array.

After much trial and error, they settled on an easily synthesized polymer known as polyaniline (PANI) as their cathode. Drop-coating the widened alumina pores with PEO coats the insides, encases the anodes and leaves tubes at the top into which PANI cathodes could also be drop-coated. An aluminum current collector placed on top of the array completes the circuit.

"The idea here is to fabricate nanowire energy storage devices with ultrathin separation between the electrodes," said Arava Leela Mohana Reddy, a research scientist at Rice and co-author of the paper. "This affects the electrochemical behavior of the device. Our devices could be a very useful tool to probe nanoscale phenomenon."

The team's experimental batteries are about 50 microns tall - about the diameter of a human hair and almost invisible when viewed edge-on, Reddy said. Theoretically, the nanowire energy storage devices can be as long and wide as the templates allow, which makes them scalable.

The nanowire devices show good capacity; the researchers are fine-tuning the materials to increase their ability to repeatedly charge and discharge, which now drops off after a about 20 cycles.

"There's a lot to be done to optimize the devices in terms of performance," said the paper's lead author, Sanketh Gowda, a chemical engineering graduate student at Rice. "Optimization of the polymer separator and its thickness and an exploration of different electrode systems could lead to improvements."