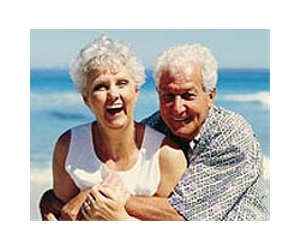 The good news is that life expectancy among the elderly is now the prime factor in increasing the averages and that there is a fall off in actual health costs underway.

I will go beyond this.  Health restoration has either become possible or will be possible inside the next decade.  An individual can expect to be sufficiently restored in health to function comfortably into their tenth decade.  It will become at least possible.

This also implies that the lifeways of the elderly also needs to change to take advantage of all this.  The continuing need for light labor in the agricultural setting supplies a ready answer.  It also provides ample light exercise that promotes good health.

As I have posted before, we are entering a great economic restructuring that will redirect and better manage human energies.  Most reading this blog will live through it all.

More healthy Americans could save Medicare $632 billion by 2050

Forty years ago, Americans could expect to live slightly longer than Europeans. This has since reversed: in spite of similar levels of economic development, Americans now live about a year-and-a-half less, on average, than their Western European counterparts, and also less than people in most other developed nations. How did Americans fall behind?

A study in the July 2011 issue of Social Science and Medicine is the first to calculate the fiscal consequences of the growing life expectancy gap over the next few decades. The study also pinpoints the crucial age at which life expectancy starts to deteriorate.

Specifically, researchers from the University of Southern California and colleagues at RAND Corp. and of Public Health find that health in middle-age - around the age of 50 - is overwhelmingly the main contributor to disparities in life expectancy between Americans and Europeans.

In the first half of the last century, average life expectancy increased by saving more babies, explains author Dana Goldman, director of the Schaeffer Center for Health Policy and Economics at USC and Norman Topping/National Medical Enterprises Chair in Medicine and Public Policy at USC. "But now it is reduction in mortality among the elderly, rather than the young, that propels increases in life expectancy."

"The question is whether 'being American' is an independent mortality risk factor," Goldman said.

Accounting for levels of socioeconomic diversity in the and predicted future demographic estimates, the researchers found much of the life expectancy gap would disappear if the lowered prevalence of middle-aged obesity and obesity-related chronic diseases such as diabetes and hypertension to European levels.

The researchers also consider the health consequences of smoking on future life expectancy trends. While the prevalence of smoking is likely to continue decreasing in the future, the results of this study correspond to a National Research Council study led by Eileen Crimmins, AARP Chair in Gerontology at the of Gerontology.

Released in January 2011, Crimmins' research looked at life expectancy over the last 25 years and found that smoking - and to a lesser extent obesity - were the two major reasons why life expectancy has fallen short of other high-income nations in the past.

Improving American health during middle age in the future to increase life expectancy would increase later-life pension benefits. But this expenditure would be offset by a significant decrease in health care costs - at least $17,791 per person, the researchers estimate.

Though the transition to better health initially raises expenditures, the researchers estimate that by 2050 health care savings from gradual middle-age health improvements could total more than $1.1 trillion.

"The international life expectancy gap appears much easier to explain than gaps within countries: there is no American-specific effect on longevity beyond differences in disease at age 50," explained author Darius Lakdawalla, Director of Research at the Schaeffer Center at USC and associate professor in the USC School of Policy, Planning, and Development.

The research offers compelling evidence that poor health behaviors among middle-aged Americans - and not inefficiency in the health care system - are primarily responsible for earlier death. Indeed, prior research has shown that the does a good job keeping people alive once they are sick, ranking highly in life expectancy among people with chronic or terminal illness.

The researchers looked at a group of Western European countries including , , , , , The , and .

Pierre-Carl Michaud of the Universite du Quebec a Montreal, Canada and RAND Corp. is lead author of the study. The research was funded by the Department of Labor, the National Institute on Aging, and the MacArthur Research Network on an Aging Society.