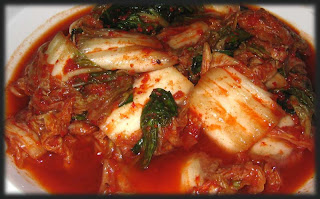 As I have posted before, I have been running an experiment on myself called the Arclein Diet.  This particular diet protocol has led effortlessly to a present loss of thirty five pounds in twelve months at a typical rate of two and a half pounds per month.  All indications point to my weight settling down to an optimal level over the next six months.

That in itself is not important except to say that the method is clearly superior to any other I have seen and it is completely effortless once you have got a handle on simply not ingesting any food on two separate days of the week.  You really have no need to do any more, although I am sure enthusiasm will also bring wise changes in the diet and sometimes an extra fast day.

My own cycle has evolved to having a good night’s sleep allowing the digestive system to go into repose, arising and not eating anything solid until eight o’clock in the evening.  Even if I push the edges, I get twenty hours of repose for my digestive system.  I do this Tuesday and Thursday and sometimes on Sunday.

As reported earlier, our digestive system will hold 125% of our daily needs and taking two days out means that the maximum you can eat on the other five days is essentially six and a quarter days worth of food which even leaves a little room for breaking your fast as I do in the early evening.  I have gone three days, but that is forcing the system and I will now discuss why that may not be needed.

What I really want to talk about today is a speculation that the cause of obesity is the lack of repose for the digestive system and particularly the little intestine.   Force feeding will naturally cause the small intestine at least to simply enlarge and in the process increase its uptake over and above normal needs.  When the intestine is emptied, it is then able to recover to its normal size as it rests.  If it truly never gets to rest, it remains enlarged and obesity develops.

My speculation is that we can end morbid obesity outright with application of the Arclein Diet protocol.  Each fasting cycle induces at least twelve hours of rest for the intestine which then allows some recovery in terms of returning to its natural size.  Repeated twice weekly, the system should steadily return to a normal configuration and the excess weight will disappear.  In fact stomach banding is doing something like this.  I am simply saying that two days of fasting could do just as well.

The first challenge for the individual is to master the one day fast itself.  Once it becomes a habit it also becomes painless.  Yet the first few times out may prove difficult for some people.  You have to figure out how to make it work for you.  Starting with a good sleep puts the digestive system in repose.  After that it is and should be simply a case of not waking it up until twelve hours later.  I found this easy and I suspect most will also.  My only concern is with diabetics and the morbidly obese who may be psychologically unable to not eat ever.  I would like to get feedback from folks dealing with those issues.

So if you decide to try out the system as I have laid out, please write me at arclein@gmail.com to let me know how you are doing.  I now need other users to confirm my own observatons.
Posted by arclein at 12:01 AM