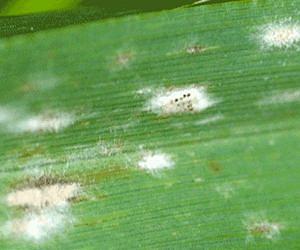 Understanding the genes required to manage the water retention of land plants is a great way to convert thirsty plants into dry land resistant cultivars.  While wheat is already a dry land plant, there are plenty of plants that are not.

This work is very promising.  Perhaps dry land potatoes are in the cards.  In fact this is likely an excellent method to stretch irrigation water.

Acacia is the best known dry land tree.  How about growing fruit and nut trees with dry land skills?  From the comparable masses, it is obvious that the only real difference between an acacia and a cherry tree is water retention.

I have already introduced idea of the machine for bringing water to the desert.  Coupling the system with water retentive cash crop producing trees is a much better solution.

The key to life on land

A chance discovery of a genetic mutation in wild barley that grows in 's , in the course of a doctoral study at the , has led to an international study deciphering evolution of life on land.

The study has been published in the prestigious journal PNAS. "Life on Earth began in the water, and in order for plants to rise above water to live on land, they had to develop a cuticle membrane that would protect them from uncontrolled evaporation and dehydration.

"In our study we discovered a completely new gene that along with other genes contributes to the formation of this cuticle," said Prof. Eviatar Nevo of the Institute of Evolution of the , who took part in the study.

In the course of doctoral research carried out by Guoxiong Chen, which began at the University of Haifa in 2000 under the supervision of Prof. Nevo, the Chinese doctoral student found a mutation of wild barley in the Judean Desert that was significantly smaller than regular wild barley.

It was found that this mutation causes an abnormal increase in water loss because of a disruption in the production of the plant's cutin that is secreted from the epidermal cells and is a component in the plant's cuticle that reduces water loss and prevents the plant's dehydration.

Guoxiong Chen has since returned to China and achieved full professorship while continuing his study of the Judean Desert's wild barley for which he enrolled an international team of scholars from China, Japan, Switzerland and Israel.

After about eight years of research, this team discovered a new gene that contributes to the production of cutin, which is found in all land plants but is either nonexistent or present in tiny amounts in aquatic plants. Chen called this new gene Eibi1, in honor of his supervisor, Prof. Nevo.

"This is one of the genes that contributed to the actual eventuality of life on land as we know it today. It is a key element in the adaptation process that aquatic plants underwent in order to live on land," explained Prof. Nevo.

Besides the evolutionary importance of this new gene, it is also of value in the future enhancement of cereals.

According to Prof. Nevo, once we can fully understand the mechanism behind the production of cutin and discover genetic variants of the Eibi1 gene, we will have the ability to enhance the cuticle formation of wheat and barley species so as to make them more resistant to water loss and more durable in the dryer conditions on land.

"Genetic enhancement of cultivated plants to make them durable in dry and saline conditions can increase food production around the world," the researcher concluded.