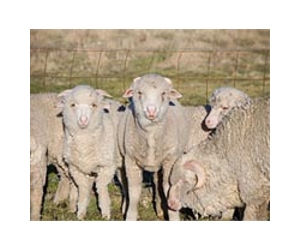 This is a big ouch for the interpretation of tree rings.  We have relied substantially on tree rings to produce historical climate records.  Now we have to factor in another unknown in the form of browsing behavior.

The work done was with goats.  Yet the most likely browser are deer and deer populations notoriously swing sharply as predation and disease cause boom and bust cycles.  Thus historical records are likely to be misleading.

As I said, this is an ouch.  Only the clearest trends can be trusted and apparent missing correlations may well be eliminated by this biological and plausibly cyclical factor.

Seeing the wood for the trees: New study shows sheep in tree-ring records

Nibbling by herbivores can have a greater impact on the width of tree rings than climate, new research has found. The study, published this week in the British Ecological Society's journal Functional Ecology, could help increase the accuracy of the tree ring record as a way of estimating past climatic conditions.

Many factors in addition to climate are known to affect the tree ring record, including attack from parasites and herbivores, but determining how important these other factors have been in the past is difficult.

Working high in the mountains of southern Norway, midway between Oslo and Bergen, a team from Norway and Scotland fenced off a large area of mountainside and divided it into different sections into each of which a set density of domestic sheep was released every summer.

After nine summers, cross sections of 206 birch trees were taken and tree ring widths were measured. Comparing these with local temperature and the numbers of sheep at the location where the tree was growing allowed the team to disentangle the relationship between temperature and browsing by sheep and the width of tree rings.

According to lead author Dr James Speed of the of Natural History and Archaeology: "We found tree ring widths were more affected by sheep than the ambient temperature at the site, although temperatures were still visible in the tree ring records. This shows that the density of herbivores affects the tree ring record, at least in places with slow-growing trees."

"The good news is that past densities of herbivores can be estimated from historic records, and from the fossilised remains of spores from fungi that live on dung."

"This study does not mean that using tree rings to infer past climate is flawed as we can still see the effect of temperatures on the rings, and in lowland regions tree rings are less likely to have been affected by herbivores because they can grow out of reach faster," he explains.

Tree rings give us a window into the past, and have been widely used as climate recorders since the early 1900s. The growth rings are visible in tree trunk cross sections, and are formed in seasonal environments as the wood is laid down faster in summer than winter.

In years with better growing conditions (in cool locations this usually means warmer) tree rings are wider, and because trees can be very long-lived and wood is easily preserved, for example in bogs and lakes, this allows very long time-series to be established, and climatic conditions to be estimated from the ring widths.