How to Eat Well and Save the Planet Too 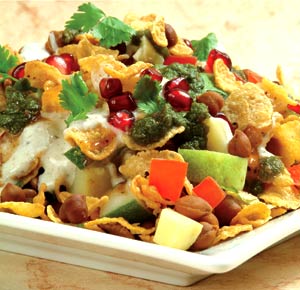 Over the long term, and I mean long term, it is possible to feed a human population of around 100 billion people.  However our ability to support a ten fold increase in animal husbandry appears way more unlikely and difficult.  It is also an unwelcome burden.

Yet there is ample land area that requires an active animal husbandry in conjunction with cropping.  It is just that the sector will quickly max out.

I have pointed out that the boreal forest can produce moose, deer, bison on a silage fodder base drawn from a cattail culture.  Yet this might double current meat production.

Certainly we can double meat and perhaps triple it.  Yet human population can just as easily be increased ten fold on a reasonable increase in plant foods.

Thus we can expect that human consumption of all animal proteins to decline relative to plants.

My estimate is that we are looking at a two thirds reduction and a general averaging of overall availability.  Thus in the long term even useful animal husbandry iks going to be a lesser part of the human diet.

How to eat well and save the planet too

Eating used to be so simple. If you liked it and could afford it, down the hatch it went. Yum-yum, end of story.

But the days of carefree consumption of food, alas, are a thing of the past, especially for meat lovers.

If nonstop -- and contradictory -- pronouncements by doctors in white smocks as to what you should or shouldn't ingest don't spoil your appetite, dire warnings about the ruinous impact of your favourite dish on the environment or the climate probably will.

The fact that a billion people in the world live in or close to the edge of hunger is also a sobering reminder that even basic needs should never be taken for granted.

So what's a gourmand to do?

For those who enjoy the luxury of choice, help has come in the form of what may be the most wide-ranging overview so far on how different foodstuffs -- from lentils to lamb chops -- impact the environment, the fight against global warming, and the human body.
"A Meat Eater's Guide to Climate Change and Health" is just that, a 90-page no-nonsense manual to help define a personal comfort zone between what your taste buds crave and what your conscience will allow them to experience.

Start with the rising threat of climate change, fuelled not just by gas and oil combustion but methane-belching animals and the long chain of production that brings their selected body parts to middle-class dinner tables the world over.

"Our assessment calculates the 'cradle-to-grave' carbon footprint of each food item based on greenhouse gas emissions generated before and after the food leaves the farm," said Kari Hamerschlag, a senior analyst at the non-profit Environmental Working Group in

The analysis, jointly conducted with the Portland, Oregon-based CleanMetrics Corporation, also includes the pesticides and fertilisers used to grow animal feed, the raising of livestock, as well as the processing, transportation and cooking that follows.
Even disposal of leftovers -- a major source of emissions and pollution, as it turns out -- are taken into account.

The same criteria are applied to various farmed fish, grains, dairy products and vegetables too.

No surprise, meat is the prime offender across almost all categories considered.

But as is true of George Orwell's bestiary in "Animal Farm", not all edible critters are equal, at least not when it comes to their harmful impact.

Pound-for-pound, lamb is the worst carbon polluter, generating nearly 40 kilos (86 pounds) of CO2-equivalent for every kilo (2.2 pounds) eaten. The next most carbon-intensive animal -- also a cud-chewing ruminant -- on the list is beef, with emissions of 27 kilos (60 pounds) per kilo.

Looked at another way, eating a modest 110-gramme (four-ounce) slice of braised lamb shank is the equivalent of driving a mid-sized car for 21 kilometres (13 miles). The same amount of beef works out to just over half that distance.

"If your family of four skips steak once a week, it's like taking your car off the road for nearly three months," Hamerschlag said.

Americans eat more meat -- exceeding Europeans by 60 percent -- than most other developed nations, with 100 kilos (220 pounds) produced each year for every man, woman and child.

But burgeoning middle-class appetites in rapidly emerging economies, led by , are closing the gap with frightening speed, recent studies have shown.

In terms of health, the study reviews the well-known hazards of excess meat consumption, including heart disease, diabetes and obesity. It also highlights the widespread and controversial use of antibiotics for livestock and, in the , growth hormones.

The next culprit on the scale of climate and environmental impacts is cheese, mainly because of the large quantities of milk needed to produce it.

Pork, farm-raised salmon, chicken and turkey are all on a par when it comes to greenhouse gas emissions, but pigs -- the most widely-eaten meat in the world, with accounting for half of global consumption -- are in a category of their own when it comes to environmental impact. Runoff from waste into fresh water sources and even the ocean are especially problematic.

Wasted food, the study found, accounts for fully a fifth of the carbonemissions linked to meat and dairy products in the , with other rich countries not far behind.

"Reducing waste and buying only as much as you can eat is the easiest way to reduce greenhouse gases and other environmental impacts," it said.

That's a hard truth for meat lovers. But there is advice here even for hardcore carnivores who cannot, or will not, kick the habit.

"Meat, eggs and dairy products that are certified organic, humane or grass-fed are generally the least environmentally damaging," Hamerschlag said, with some studies pointing to health benefits too.

In the end, American nutritionist Michael Pollan's seven-word mantra may be all the advice one needs: "Eat [real] food. Not too much. Mostly plants."

First of all...global warming DOES NOT EXIST. I'm not saying it...SCIENTISTS ARE