Psychopathy as a Physical Disease 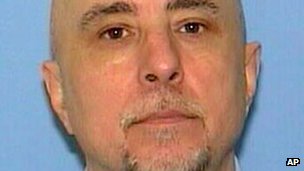 The message here is important.  If we can identify the flaw in the brain, then it becomes possible to provide remedial training.  This may prevent the emergence of psychopaths at all.

The problem of course is that the flaw will deliver a distribution in which a small fraction will be obvious and most will remain well hidden.  Intercepting tendencies may prove difficult.  I do think early psychological screening at an age when too young to be wise to the test is a plausible protocol.  In fact youthful divergencies are well worth tracking anyway as most are often brought under control by social pressure but then pop up much later.

The obvious one there is any propensity to kill defenseless animals.  It is easily suppressed and then forgotten.

Psychopaths: Born evil or with a diseased brain?

When Brian Dugan pleaded guilty to the brutal rape and murder of a seven-year-old girl, Jeanine Nicarico, he seemed to be the very sketch of a brutal serial killer

She had been murdered in 1983, though Dugan only pleaded guilty in 2009. By then, he had also been convicted of rape several times over, and the murder of two others - another seven-year-old girl and a 27-year-old nurse whom he ran off the road before raping and killing her.

If the death sentence had not been withdrawn in , Dugan would have been executed.

Yet strikingly, he showed no remorse for any of his murders or crimes. Scientists now believe this lack of empathy may in fact be linked to the reason he committed these acts.

Neuroscientist Dr Kent Kiehl of the University of New Mexicoscanned Dugan's brain, as part of a unique project to understand how anti-social behaviour is related to brain structure and function.

"He struggles to try and understand why people even care about what he did," says Kiehl, describing his time interviewing Dugan. "Clinically, it is fascinating."

I tend to see psychopaths as someone suffering from a disorder, so I wouldn't use the word evil to describe them”

Dr Kiehl is seen as a pioneer in a cutting-edge area of behavioural neuroscience: the attempt to understand psychopaths' brain functions and use this to develop treatments for their condition.

It is controversial because for thousands of years, men like Dugan have been labelled not as ill, but as evil.
In literature and cinema, the term "psychopath" is not used for a diagnosis for which we might have sympathy, but rather as something we might fear.

Dr Kiehl has a different view: "I tend to see psychopaths as someone suffering from a disorder, so I wouldn't use the word evil to describe them."

So what exactly is a psychopath?

"Clinically, we define it as someone who scores high on traits such as lack of empathy, guilt and remorse," says Dr Kiehl.

"They are very impulsive: they tend not to plan or think before acting. They tend to get themselves in trouble by a very early age."

We have long known that many people in prisons display symptoms of psychopathy, but until now we have had little insight into their condition.

To address that using neuroscience, Dr Kiehl's lab has built a unique mobile brain scanner. It is equipped with the latest imaging technology but fitted into a truck he can drive into high-security prison facilities.

He used this to perform two types of analysis on Dugan's brain: looking at its density and its function.

"Brian's brain has very low levels of density in a system we call the para-limbic system," he explains.

The para-limbic system is a "behaviour circuit" of the brain, including brain regions known as the amygdala and pre-frontal cortex.

Scientists have long known that these areas are associated with the processing of emotions.

Over the past century or so, people with brain damage to these areas have been studied because their behaviour suddenly changed and became anti-social.

"Those systems, we think, didn't develop normally in Brian," says Dr Kiehl. Psychopathy seems to involve a lack of development in these regions - which may be genetically determined.

Dr Kiehl also monitored Brian Dugan's brain's reaction to a number of distressing images, such as the faces of people suffering, which were displayed in front of him while he was in the scanner. By scanning his brain in real time, the aim was to test his brain's function.

The scans showed there was relatively low activity in Dugan's para-limbic system during processing of emotion.

"Brian would come out of the scanner during those studies and he said, wow, I had problems trying to process what you wanted me to do," Dr Kiehl recounts. "He made more mistakes than others would."

According to Dr Kiehl, it is part of a pattern of brain activity which proves that psychopaths simply lack an emotional ability, in much the same way others lack intellectual ability.

He has found similar results in large numbers of subjects, in prisons across the .

This means Dugan simply has no concept of the harm he has caused. "Talking about his crimes, it's like asking him what he had for breakfast," says Dr Kiehl.

He also admits that in a sense, it is not surprising that the brain of somebody so different and anti-social also looks different from other brains. "But it's only now that we can look at how dramatically different their brains are that people are starting to take notice," he says.
"It has a very powerful influence on the legal system," he adds.
Neuro-law

So what should the legal system do with this knowledge?

Research like Dr Kiehl's has fuelled the debate over how much the legal system should change to accommodate what we now know about how bad behaviour is "hard-wired."

This view of criminal law is often referred to as "neuro-law".

It is a controversial vision of a future in which a moral judgement of criminal behaviour is replaced by a view that some criminals have diseased brains that need to be treated.

But Dr Kiehl does not see his work resulting in any change to the prosecution of violent psychopaths like Brian Dugan. Instead, he argues that understanding psychopathy may lead us to different types of sentencing - in particular an end to the death sentence for psychopaths.

"My hope is that the neuroscience helps the legal system to understand that these individuals have a disorder and this disorder is treatable," he says.

Such treatment should not begin after someone has committed a terrible act, he says. Instead, he is working with other scientists to try and design interventions for children who display the same symptoms, before those symptoms escalate.

Brian Dugan showed no remorse for the crimes he committed, including rape and three murders

He thinks Dugan's life story shows key moments when interventions could have been made. "Brian suffered at a very early age," says Dr Kiehl. "He did classic things: he set fires, he hurt animals, he injured his brothers and sisters."

Although Dugan was seen by specialist child services, they lacked an understanding of his condition. In fact, children who have symptoms linked to psychopathy often respond poorly to the kinds of techniques used with other badly behaved children.

Because they lack emotional capability, when teachers attempt to get them to feel remorse it may make them confused and more likely to hurt others.

The hope now is to develop a specific diagnosis for these children - callous and unemotional disorder - and to develop programmes and treatments specifically geared to their condition. In essence, these children have to be painstakingly taught reactions which the rest of us have automatically.

Dr Kiehl's work in high security prisons is inspiring other labs, in the US and UK, who are working directly with children. "You could prevent those individuals like Brian from ever developing and escalating into the individual that he is today," he says.
Posted by arclein at 12:01 AM

"To address that using neuroscience, Dr Kiehl's lab has built a unique mobile brain scanner. It is equipped with the latest imaging technology but fitted into a truck he can drive into high-security prison facilities."

The problem is that he hasn't made one small enough to take into the halls of Congress!

If psychopaths aren't evil, their actions certainly are in many cases. They are like rattle-snakes - born dangerous... And to the best of my knowledge there is NO effective treatment, any more for psychopaths than for rattlers.

While I pity the poor rattle-snake for being what it is, I certainly don't want to encounter them.

And I don't see that the public is obliged to support such creatures with shelter, meals, gyms, medical care, libraries, etc., etc.

Perhaps, until/unless we devise some form of exile for them, the death penalty is the answer.

Psychopaths are dangerous to the normals. They excel at making money and doing what ever it takes to get ahead. They can be very rich and powerful and they protect 'their own'. They know they are different and 'act' properly in order not to be found out by the 'ordinaries'. These psychopaths are not really fully human and can never be cured. To let them live in society is to live in peril of Agenda 21, created by psychopaths.